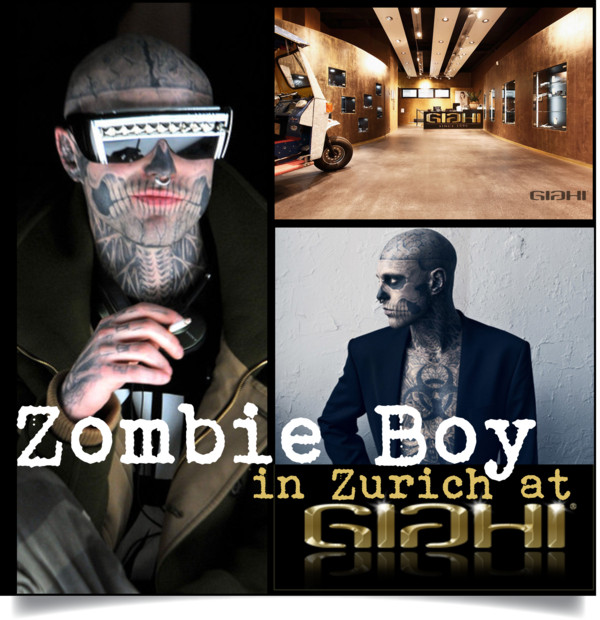 In case that you are in the city of Zurich tomorrow, September 8, 2012 looking for your Cinderella shoe, you should pay a visit to the newly redecorated Giahi flagship store at Löwenstrasse 8 that is now Europe’s biggest tattoo and piercing studio. A famous guest is waiting there between 1-4 pm for an autograph session: He is none other than Rick Genest, aka Rico, aka Zombie Boy, aka the muse of Mugler’s and Gaga’s Nicola Formichetti. 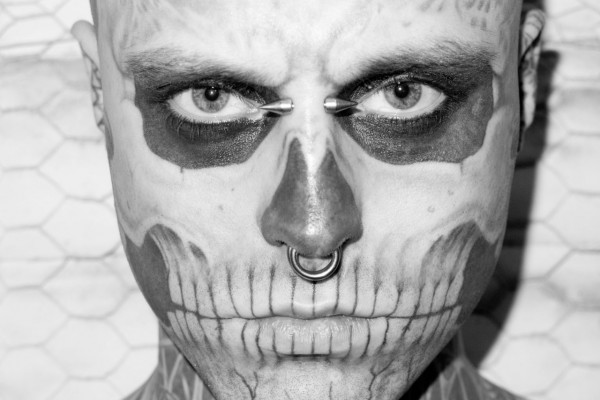 Rick’s ambition was turning himself into a zombie after he had survived a brain tumor at the age of 16. After countless hours of tattoos, the 28-year-old performance artist has covered today 80% of his body with black ink. The skeleton tattooed Rick Genest walked on Mugler‘s catwalk, starred in the house’s ad campaign and played in Lady Gaga‘s video “Born This Way”.

I am completely fascinated by him. Last February, I saw him in NYC during Fashion Week and couldn’t take my eyes of him. Scary and intriguing at the same time. 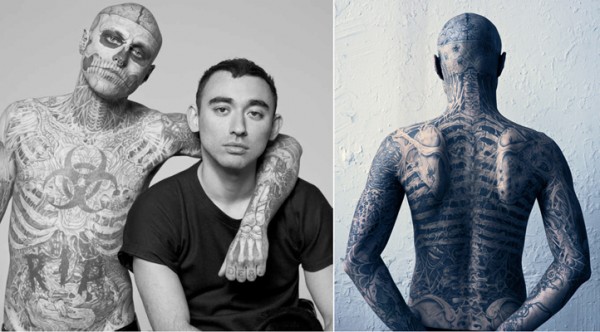 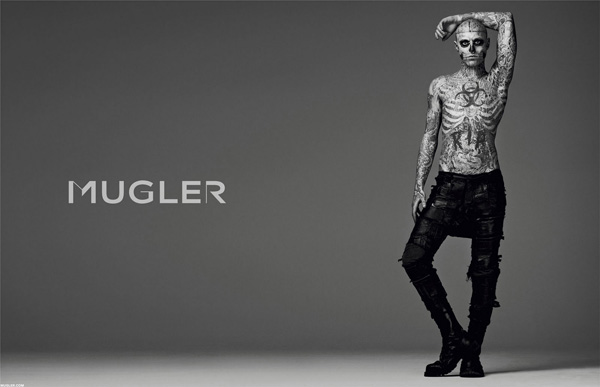 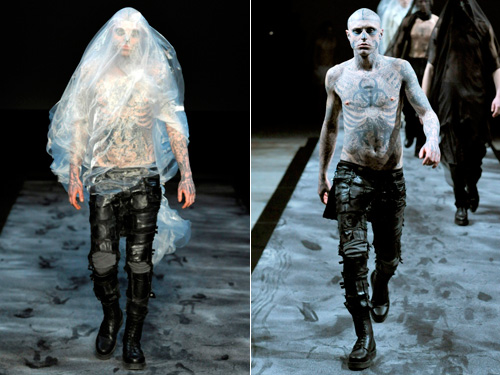 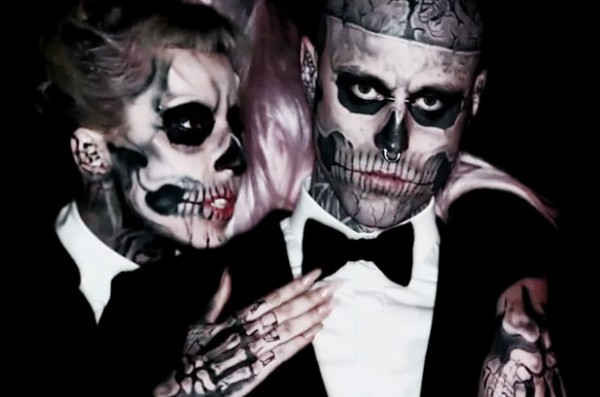