“Blue has no dimensions. It is beyond dimensions, whereas the other colours are not.”
– Yves Klein

During the last days, I have been telling you all about the vibrant blue fashion trend. Here you see an art work that would match perfectly: Yves Klein’s Victoire de Samothrace by Lalique, 2011. The sulpture  is a limited edition of 83 crystal pieces, in tribute to the late artist Yves Klein who would have been 83 years old this year, combining two artistic approaches, the one of Lalique and the one of Klein. 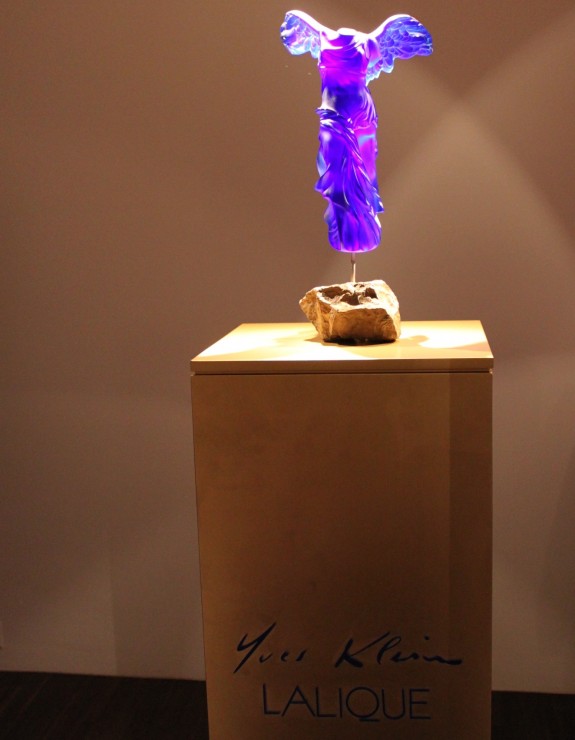 Yves Klein (1928-1962), inventor of the IKB (International Klein Blue), a distinctive ultramarine blue, is considered to be one of the most important protagonists of the post-war artistic avantgarde.
René Lalique (1860-1945) was a major player of the Art Nouveau and subsequent Art Deco movement. His perfume bottles and glass designs transformed the female shape into a sensuous and mysterious body within the decorative home. 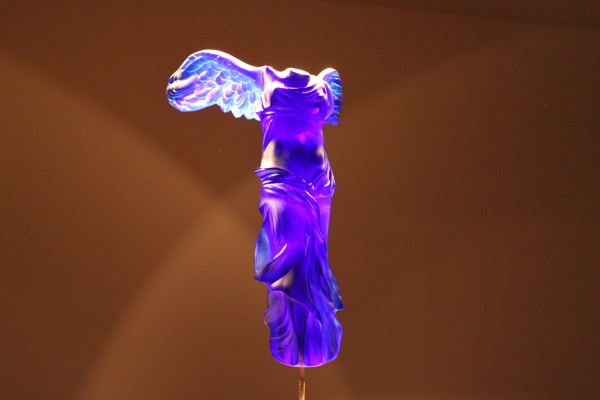 This weekend, I was invited to the private viewing at Galerie Gmurzynska. The sculpture is based on its namesake, an iconic work from Greek antiquity held in the Louvre, for which Klein obtained the moulds in 1962. Lalique have recreated Victoire de Samothrace with the lost wax technique, which René Lalique used for his original jewellery creations. The works are individually crafted and sculptured by the master glassmakers, making each crystal edition unique.

The new version, to be made by Lalique’s craftsmen, is priced at £75,000. Daniel Moquay, the president of the Yves Klein Foundation, who is married to Klein’s widow, told the British Telegraph that he has approved the enterprise and the price: “It is not a copy, it is a reinterpretation in the spirit of Yves Klein. But it won’t be included in the artist’s catalogue raisonné. It is 100 per cent Lalique.”