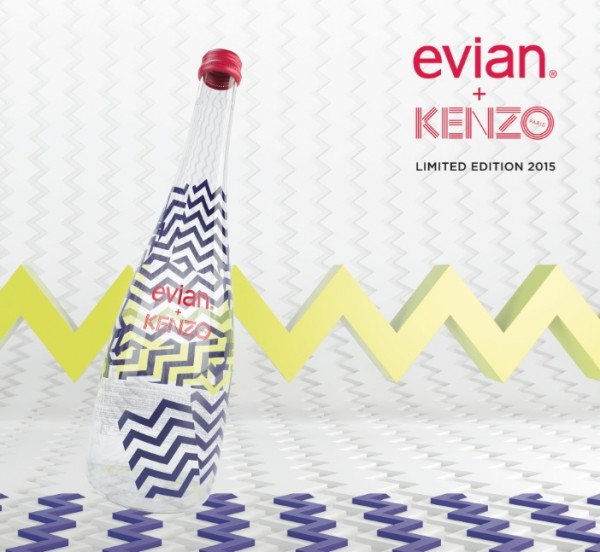 Each year EVIAN releases a new collectible water bottle in time for the holiday season and this time the famous brand has teamed up with no other than the house of KENZO to create a one-of-a kind design. 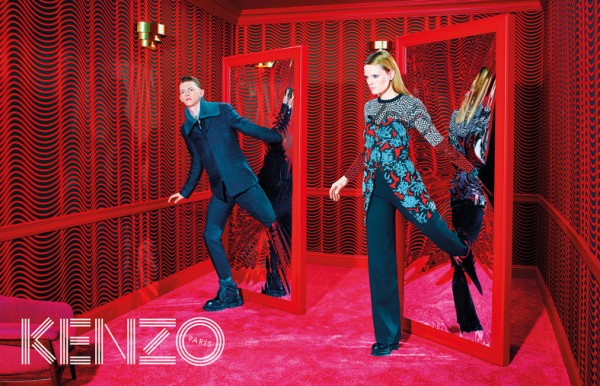 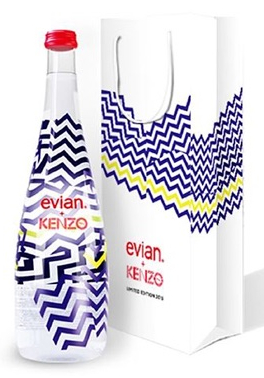 KENZO’s Creative Directors, Carol Lim and Humberto Leon, were influenced for their F/W 2014 collection for both men and women by the work of artist and director David Lynch and it is in this vein that the bottle’s motif features a broken floor pattern, toying with the idea of shifting the elements. Offering a magnifying glass effect when full, the bottle’s purple fragmented pattern is penetrated by a sole lime zig-zag, giving the holder a distorted and skewed view of its ultra-pure contents.

The Evian + Kenzo Limited Edition Collector’s Bottle is available for CHF 3.50 at Globus and Manor in Switzerland while supplies last. Great news is that five of my Swiss readers can win such a collector’s bottle.

To participate in the contest, please send me an e-mail with your postal address and the header “Evian + Kenzo” to . All entries must be received until December 5, 2014. No purchase or payment of any kind is necessary to enter or win this contest. By entering this contest, entrants accept and agree to be bound by these official rules. The winner has to have a Swiss address.

Stay tuned for many more raffles to follow during the next 24 days until X-mas.

Photos: Courtesy of Evian and Kenzo