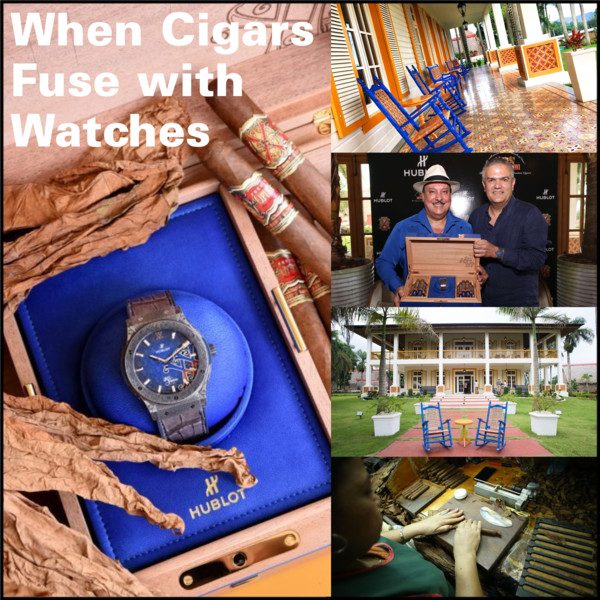 What happens when a cigar maker fuses with a watchmaker?!
They create the «Art of Fushion» und come up with something very special. HUBLOT celebrates 20 years of the most sought after cigar “The Fuente Fuente Opus X’’ with a Classic Fusion collection of three limited edition pieces. 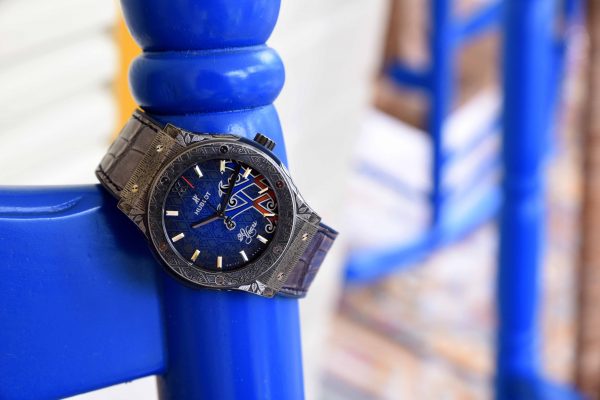 «For any cigar connoisseur, the Fuente Fuente Opus X is an absolute reference, as much in terms of its remarkable flavour as in the quality of its execution. A quest for the finest products and for manufacturing excellence with which we at Hublot totally identify. We are very happy to be able to join in the celebrations of the two decades of this exceptional puro through our third collaboration with the Arturo Fuente house.
A partnership that is rolling along nicely!»
Ricardo Guadalupe, CEO Hublot 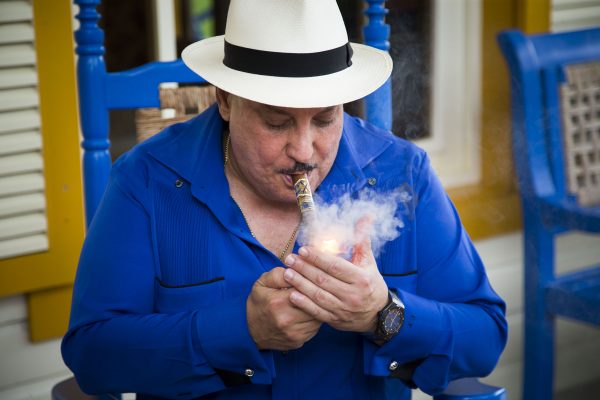 “The rarest cigar in the world” according to purists, the Fuente Fuente Opus X is celebrating its 20th anniversary. It started in 1980 when Carlos Fuente set up his cigar factory in the Dominican Republic, near the town of Santiago against everyone’s advice. It was here where, after several attempts, he and his family succeeded in growing tobacco plants that produced wrapper leaf of the highest quality, with a uniquely powerful and rich flavour. He was profoundly confident of achieving this result as the place bore a strange resemblance to the “Pinar del Rio”, the valley in which the best tobacco is grown in Cuba. Thus was born the “Chateau de la Fuente”, the first of the Fuente factories on Hispaniola, the continuity of the Fuente & Cie business that his grandfather had founded in Cuba in 1912. 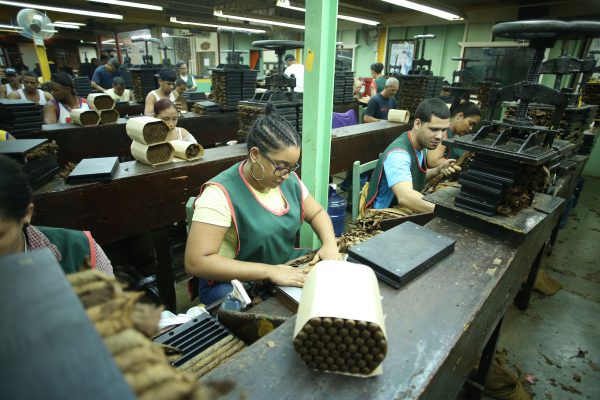 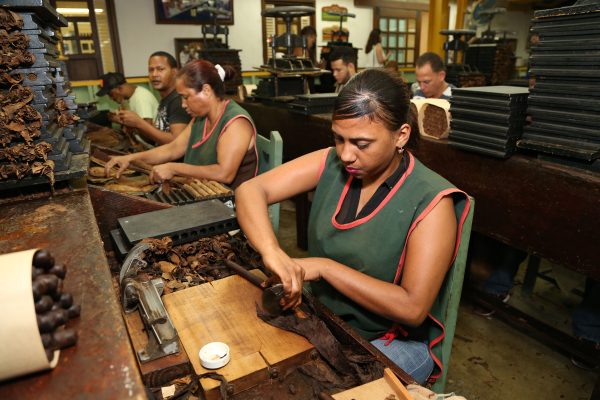 To celebrate this success, he decided to produce the king of cigars, for which no concession would be made in terms of quality: the Fuente Fuente Opus X. This began with the labour: before being authorised to work on this project, the “torcedores”—the cigar rollers—had to undergo an additional 10 months of specific training. 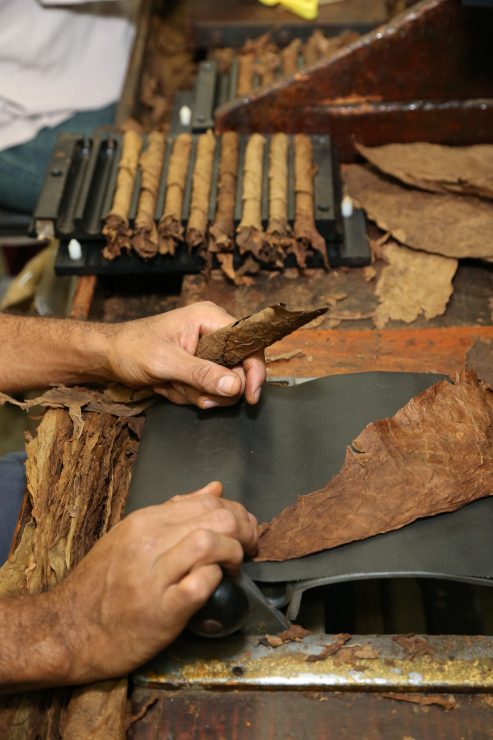 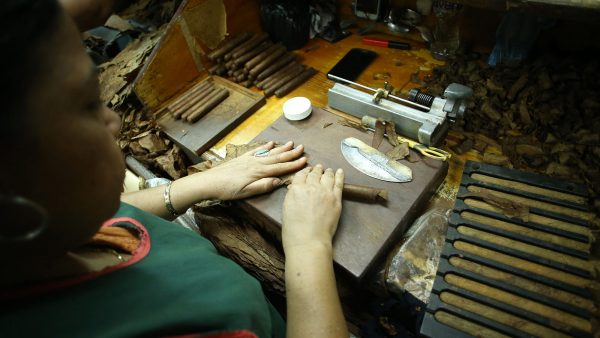 They had to be capable of meeting Don Fuente’s requirements: the cigar had to be composed of 9 leaves of tobacco, while other factories would make do with 5 for their prestigious models (one for the wrapper, one for the binder and then 3 more leaves for the filler, the heart of the cigar). Once rolled, they were then “laid down” for at least 2 years before export to let their different aromas blend harmoniously through maturation. 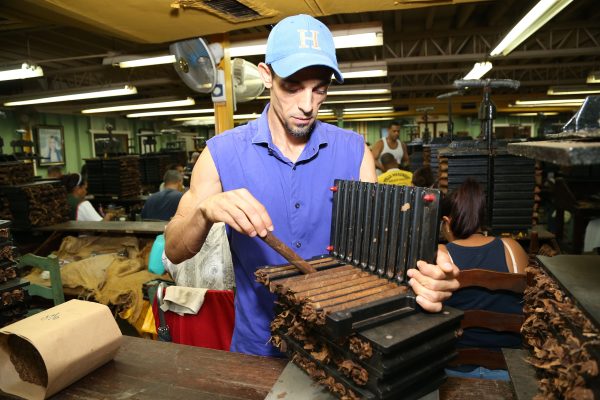 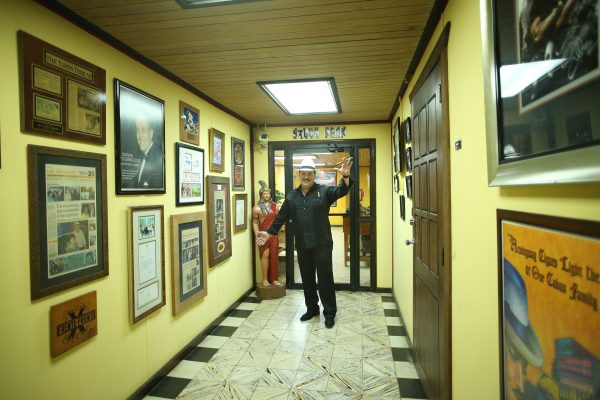 Carlitos Fuente in front of the Opus X production room.

Carlos Fuente shares the inspiration that guided him: «I wanted to reproduce something that already existed in my memory. I wanted to go back in time, to my childhood. I wanted to go back to the happiest episodes of my life. I wanted my grandfather to be proud of me, my father too, and for my children to be so too one day. It was something that I owed to myself to do.» 20 years later, the Fuente Fuente Opus X has achieved success among connoisseurs, who fall over themselves to get hold of it. The partnership between the watchmaker in Nyon and the Arturo Fuente cigar maker first saw the light in 2012, on the occasion of the Fuente Foundation’s centenary. It is the result of a friendship between the men presiding over the destiny of two houses which share common values of meticulousness, manufacture, selection of the finest materials, production organised into workshops and, of course the quest for excellence. This partnership has already produced two horological creations. It is therefore perfectly natural today for Hublot to choose to join the 20th anniversary celebrations for the Opus X, by launching three commemorative watches in limited editions, marking the third collaboration between the two brands. These three Hublot Classic Fusion 45mm Fuente 20th Anniversary Special Edition models will be limited to a production of 20 watches each. 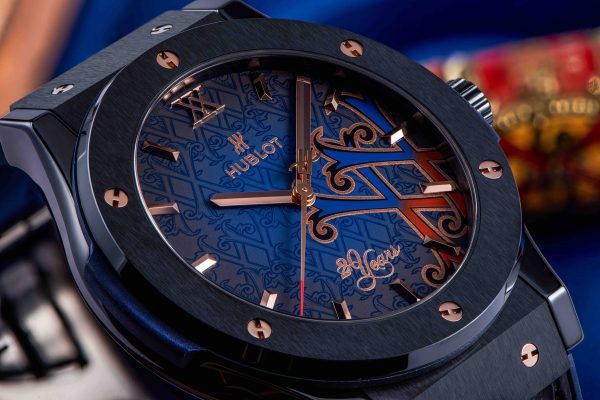 The first has a 45-mm case in satin-finished black ceramic. Its bezel is cut from the same material. Its sumptuous blue dial is adorned with the famous X decorating the rings of the legendary puro, doubled for the occasion to become the number 20 in Roman numerals. It is topped by red gold plated hands and indexes with a “20 Years” mention apposed at 6 o’clock. Its back is engraved with an exclusive illustration of the Fuente family with the “Château de la Fuente, Fuente Fuente Opus X 20 Years” mention, as well the model’s limited edition series number. Its black alligator strap is lined with rubber to provide the wearer greater comfort. The second version has sublime livery in brushed titanium. Its case and bezel are finely embossed with engravings reproducing tobacco leaf motifs interlinked into the letter X. The engravings on its back are partially lacquered in blue. The strap in grey alligator, with a deployant buckle clasp, is stitched in blue and is also lined with rubber. 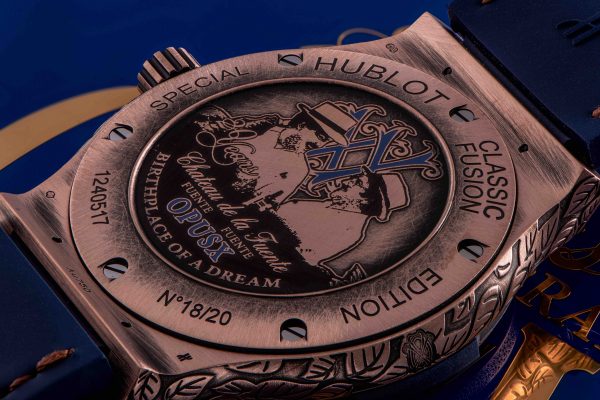 The third version is in King Gold, the precious red gold developed by the Hublot house. It has the same engravings and features as the titanium model, while adding a brown strap. All three feature the HUB1112 calibre, an automatic movement with a 42-hour power reserve. They are delivered in a case that serves as a humidor, a cigar box specially designed by Hublot so as to regulate the humidity and allow the correct conservation of the modules. 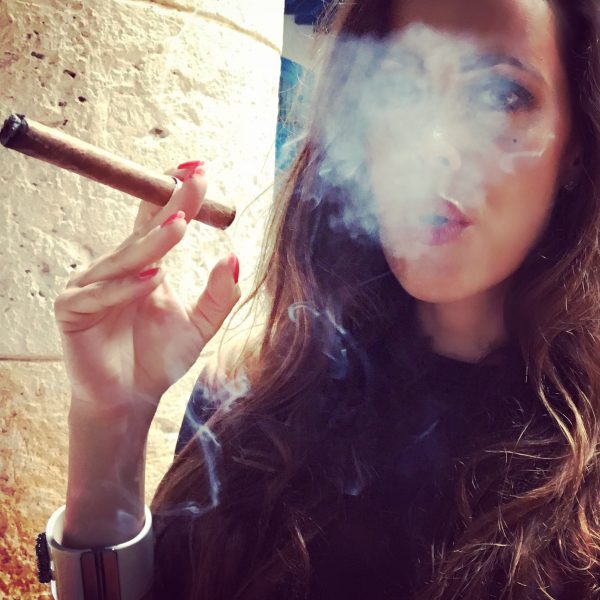