This week, I drove all the way (approximately 1000km) from Salt Lake City to Yosemite all through the state of Nevada. Before leaving Utah, just before the city of Wendover, I passed the Bonneville Salt Flats, one of the most unique natural features in the world. The area is a densely-packed salt pan, the largest of many salt flats located west of the Great Salt Lake. Some of you might know it because of the land speed records at the “Bonneville Speedway”. 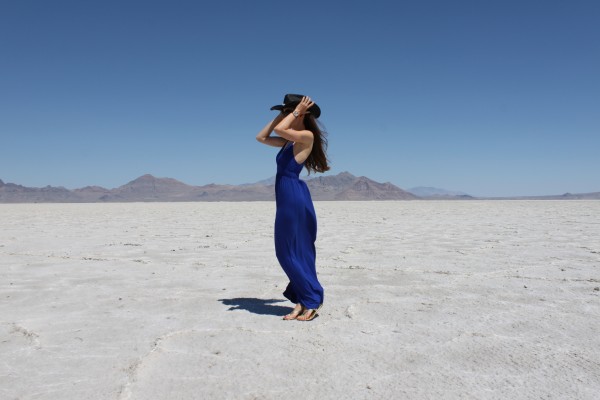 It looks like a frozen lake bed covered with snow. No vegetation grows in that area. The Salt Flats were formed when ancient lake Lake Bonneville dried up. The lake was huge, filling much of the Great Basin. It eventually shrank below its outlet and so its water became salty. As water continued to evaporate, salt deposits were left in many areas. The Great Salt Lake is a remnant of Lake Bonneville. The scenery is truly impressive. My look: Long royal blue dress by Forever21 ($9.95 on sale), flats by Zara, daisy necklace by Dior Haute Joaillerie and my souvenir cowboy hat from Wyoming. 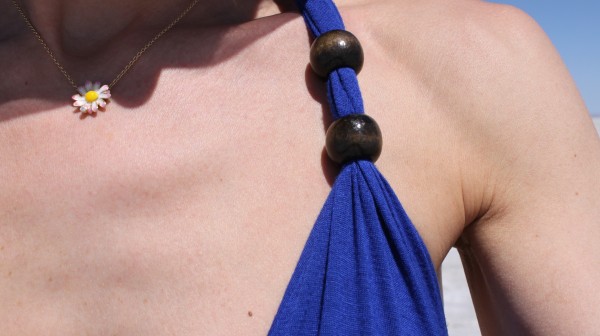