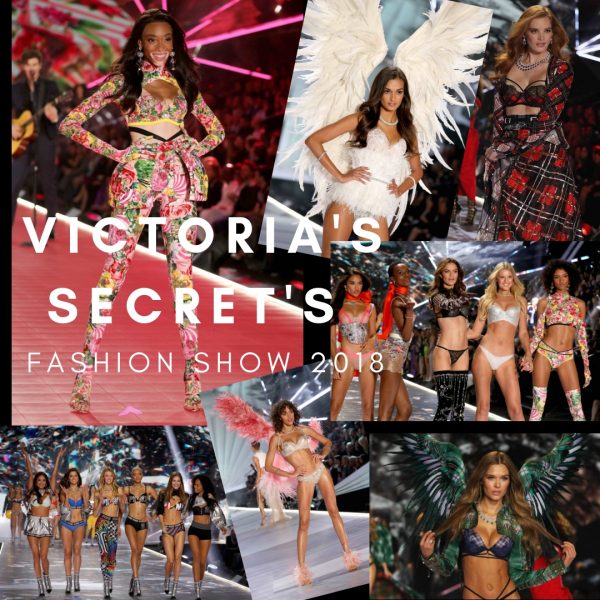 Yesterday, the Victoria’s Secret Fashion Show returned to its New York City home after three years. I was really eager to see it, especially because I was curious to see my beloved Mary Katrantzou‘s creations on the runway of angels. This year was a true glittery catwalk extravaganza that dazzled with over 850,000 crystals from Swarovski as Victoria’s Secret and Swarovski proudly introduced new facets of their iconic 16-year partnership.

Gigi Hadid in one of the Mary Katrantzou’s designs for the show.

It’s the most-watched fashion event of the year with around 800 million tuning in annually. And for a good reason! Atelier Swarovski created this year’s spectacular Dream Angels Fantasy Bra embellished with over 2,100 Swarovski Created Diamonds and Topaz. On another exciting note, fans will be able to purchase a replica version of the Fantasy Bra made with Swarovski crystals. 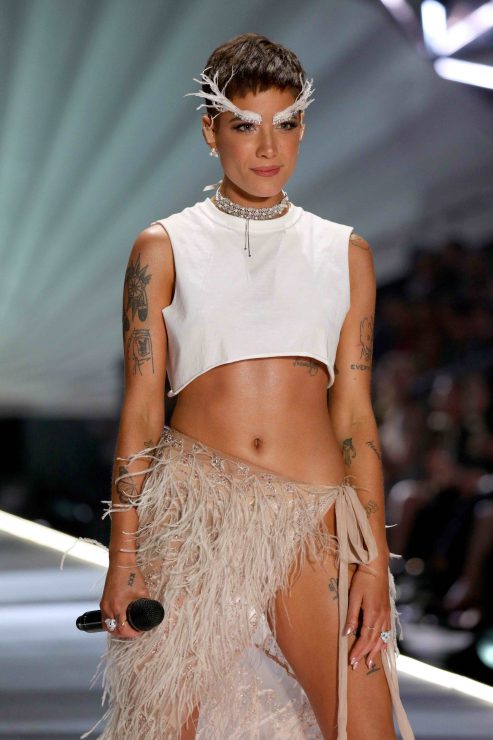 Halsey performed on the runway in this blockbuster show… 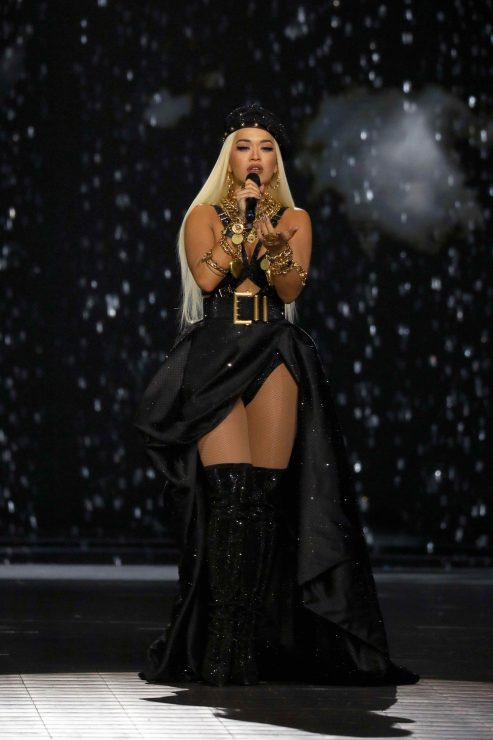 … as well as Rita Ora and Shawn Mendes.

«In this year’s show we had 90 looks, and more than half of them have Swarovski crystals,» said Monica Mitro, EVP Brand Communications and Events for Victoria’s «It’s a really special show for both of our brands because it represents a true partnership. This year we had the greatest number of Swarovski crystals ever used in a show: these included the fully crystallized Swarovski look, plus over half of the other looks. And for the first time ever, we created the Fantasy Bra with Atelier Swarovski using sustainable, Swarovski lab-created diamonds, as well as producing a replica of the Fantasy Bra made with crystals from Swarovski, which we’ll be selling in our stores and online.» 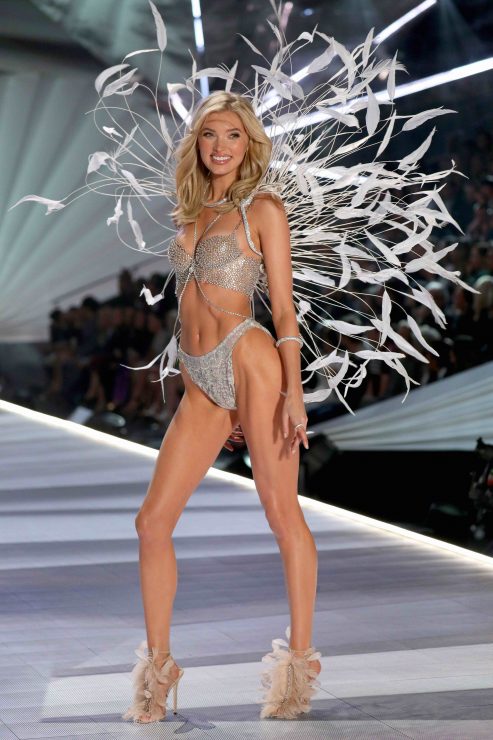 Wearing the coveted Dream Angels Fantasy Bra is the ultimate honor for the Angels, and this year’s lucky recipient was Elsa Hosk, who described the delicate Atelier Swarovski designed bralette style as «very cool, very simple, modern, and so sparkly. If I had designed it myself, it would have looked just like this.» 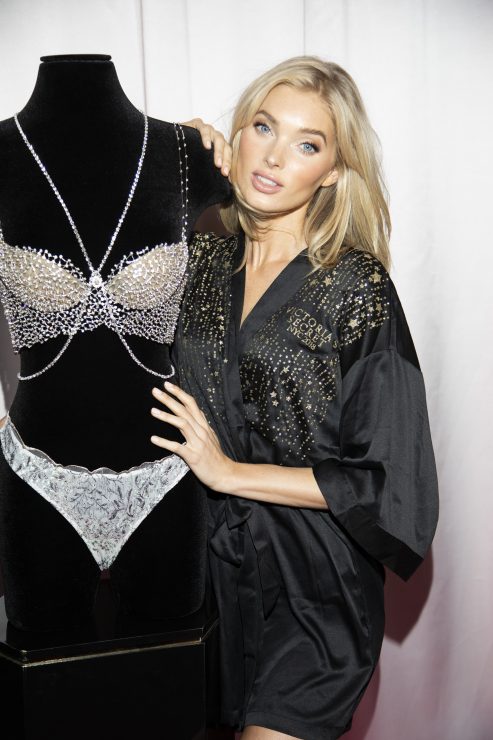 Swarovski Created Diamonds are responsibly grown in a state-of-the-art lab according to the highest environmental, safety and labor standards, and yet they have the same optical, chemical and physical attributes as mined diamonds: both are 100% carbon, with the same hardness and brilliance. The Swarovski Genuine Topaz comes from traceable sources in Brazil and Sri Lanka.

The replica bralette will retail at $250 and its matching panty at $98, with the total set featuring over 1,000 Swarovski crystals. Customers will be able to purchase their replica version on November 29 at select Victoria’s Secret stores and online at victoriassecret.com, before the show airs.

«Swarovski’s partnership with Victoria’s Secret has brought major sparkle to the runways for over 15 years. We’re especially proud of our 2018 collaboration, because we’ve been able to add sparkle to women’s everyday lives by creating a commercial version of the Dream Angels Fantasy Bra,» said Alexander Wellhoefer, SVP for Swarovski Professional North America.

The show closed with the sumptuous «Celestial Angel» section of the show, where Angel Romee Strijd’s official Swarovski Look transformed her into a shooting star. Made with over 125,000 crystals from Swarovski, the full outfit consisted of a sheer bodysuit hand-beaded with over 70,000 Swarovski crystals and framed by a seven-pointed star wing that took a team of experts over 250 hours to create.

More than 55,000 Swarovski crystals were placed on the celestial star wing. 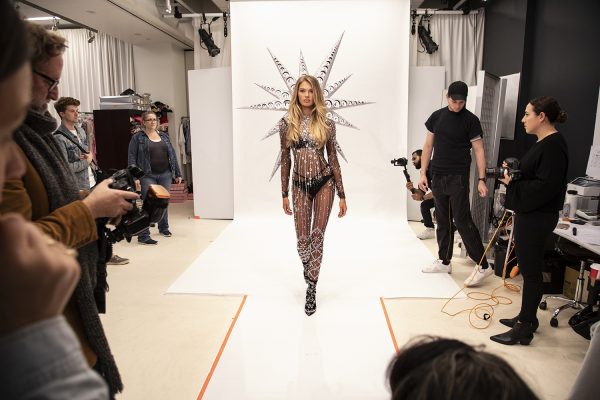 «Victoria’s Secret and Swarovski have always been such a brilliant collaboration. Once the looks have Swarovski on them they’re elevated to another level. That’s what we look for in every show we do and in every piece we present. When we conceive the looks it’s always with Swarovski in mind because for us, the crystals bring a sense of luxury to the outfits—without them we just wouldn’t have that opulence. It’s essential to have Swarovski crystals in the collection,» said Sophia Neophitou, the show’s Creative Director. 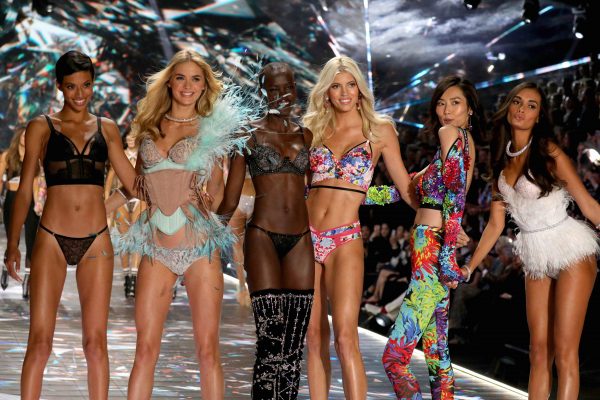 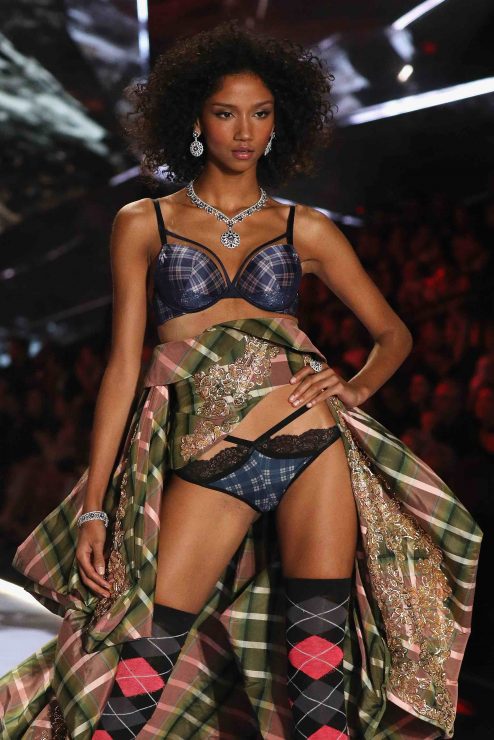 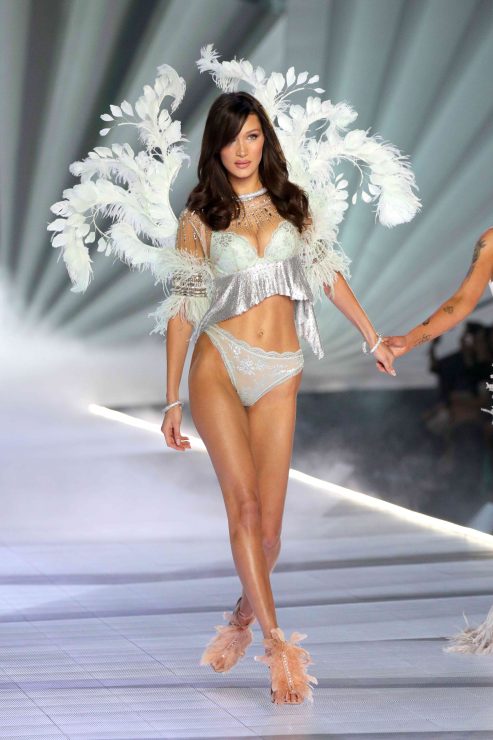 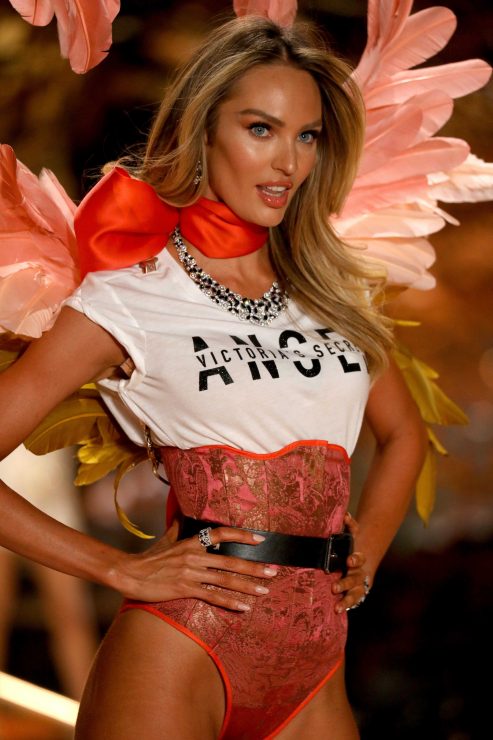 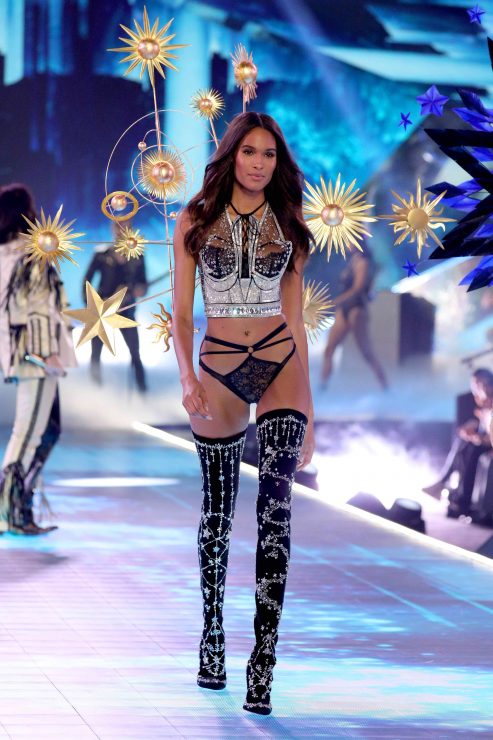 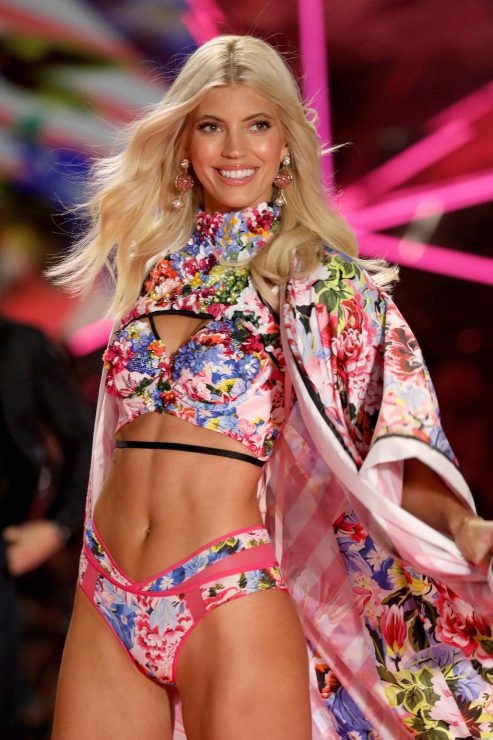 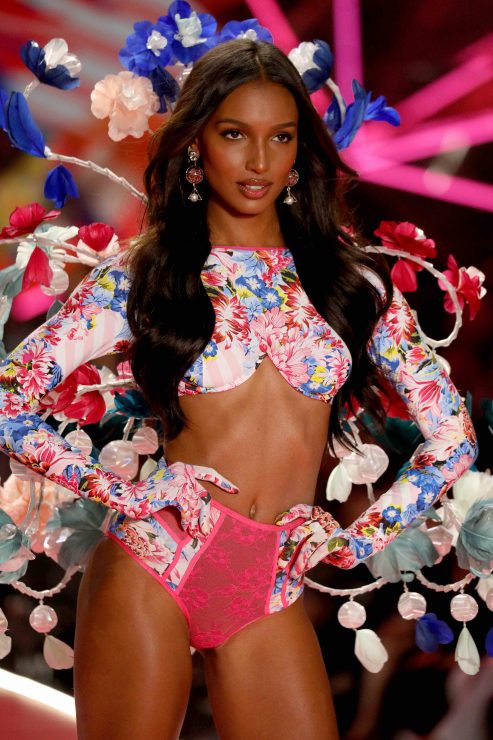 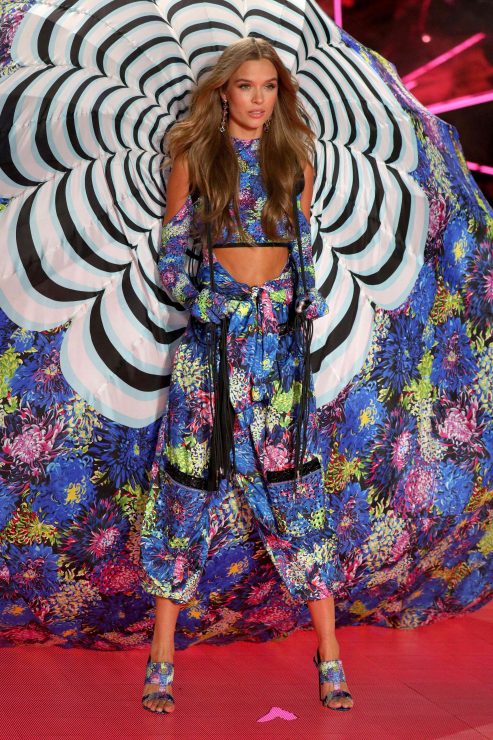 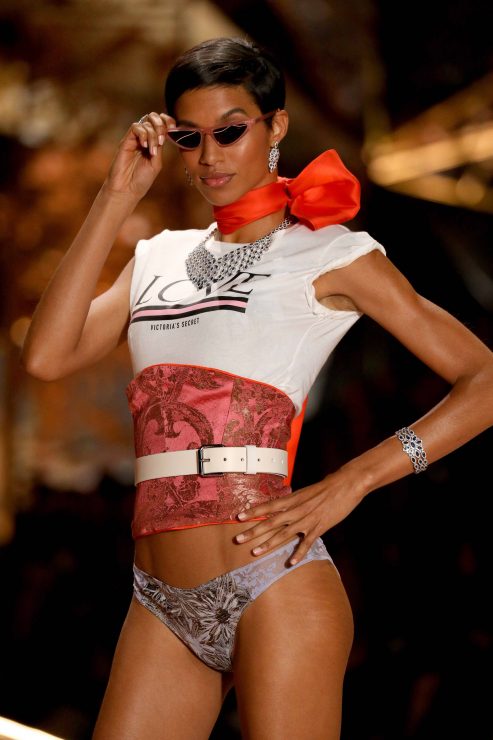 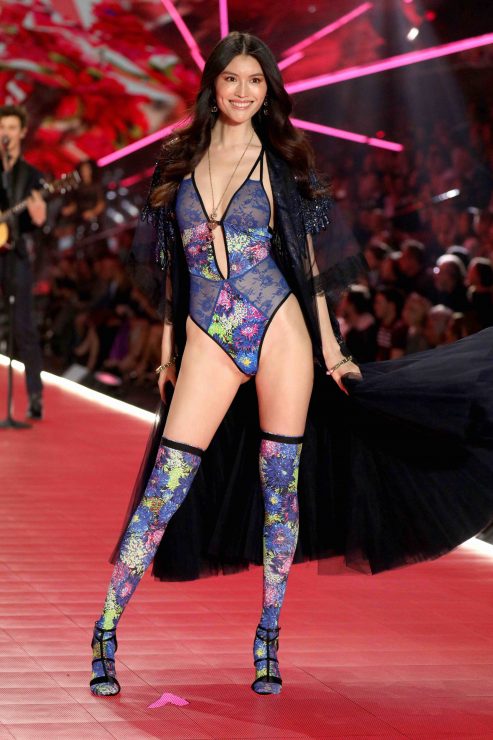 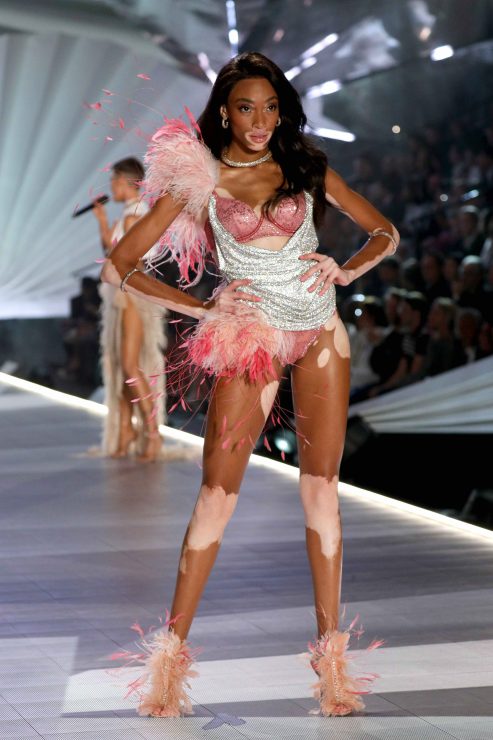