Until the 13th of April, during the 2014 Milan International Furniture Fair, PRADA retraces its collaboration of 2012 with Verpan and presents the CloverLeaf sofas designed by Verner Panton in new and original colors: red, emerald green and gold.

Verner Panton (13 February 1926 – 5 September 1998) is considered one of Denmark’s most influential 20th-century furniture and interior designers. During his career, he created innovative and futuristic designs in a variety of materials, especially plastics, and in vibrant and exotic colors. His style was very “1960s” but regained popularity at the end of the 20th century; as of 2004, Panton’s most well-known furniture models are still in production (at Vitra, among others).

In Prada’s Monte Napoleone store, a special display is dedicated to the CloverLeaf sofas, reproduced exclusively for the brand’s most important stores.

I love those sofas. Would love to have one in my closet… 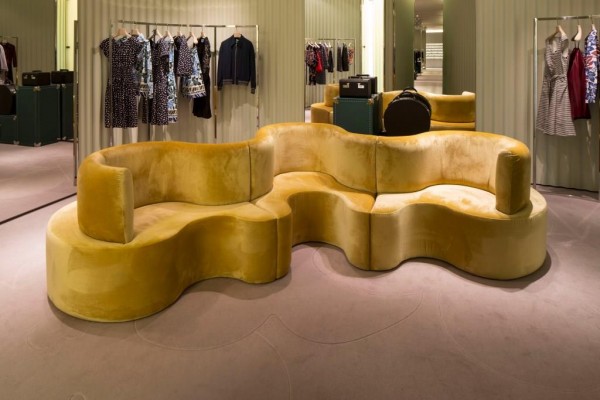