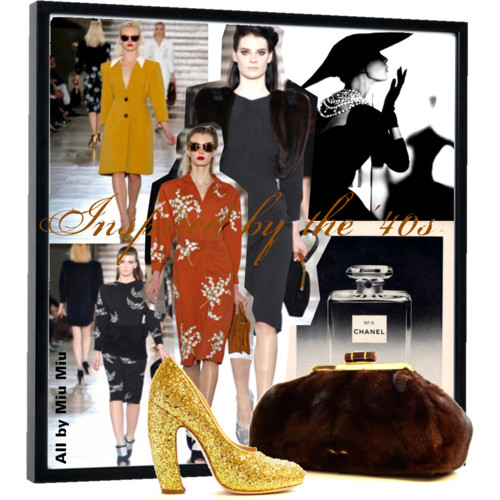 Fashion repeats itself and designers love to seek inspiration from previous decades. For F/W 2011, there were lots of 1940s-themed references. The best approach to reinvent this fashion era has been realized by Miu Miu, as well as by Gucci, Christian Dior, and Jonathan Saunders. 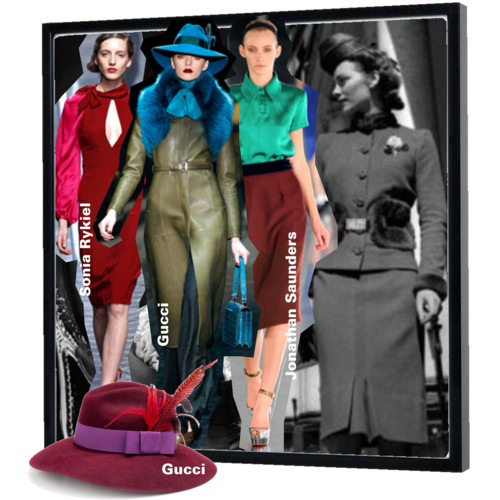 What do the `40s stand for in fashion? The world was at war which meant that resources were restricted everywhere. Fashion had to be more practical. Function was more important than form. Women’s skirts became much shorter and much simpler, but as seen today on the F/W 2011 runways, the basic A-line frame or slight flare of many of the skirts tends to flatter many figures. Floral prints seem to dominate the early 1940’s and have been lovely interpreted by Miuccia Prada for Miu Miu this season.

Women’s chunky heeled shoes were one of the marvels of 1940’s fashion along with stylish accessories such as gloves and feodora hats. Those must-haves for F/W 2011 are absolutely stylish and best of all, will make you instantly look mysterious like you are coming out of a spy movie. 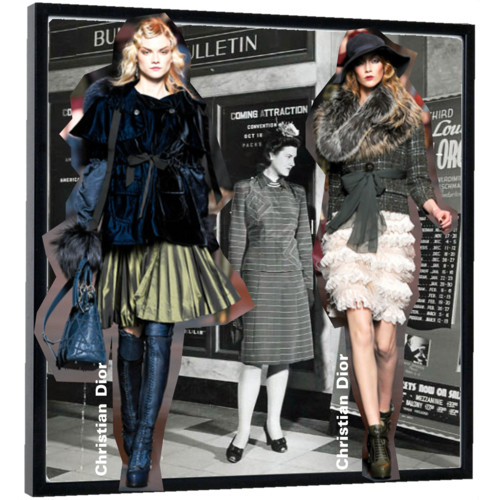