On the S/S 2011 runways, there was an Yves Saint Laurent mood in the air. Many designers got inspired by the late master of colour and the father of the trouser suit. 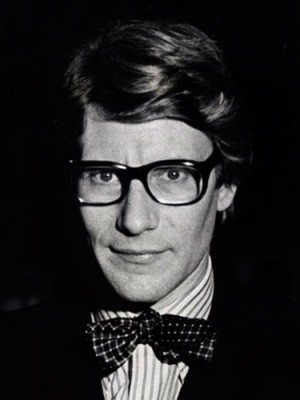 The reason for this was probably the beautiful first posthumous retrospective of Yves Saint Laurent’s career with an exhibition of over 300 garments that took place last year at the Petit Palais museum in Paris. On display were his creations from his debut at Dior in 1958 up to the sumptuous evening dresses of 2002.

In 40 years of being a fashion designer, YSL revolutionized the female wardrobe by borrowing the tuxedo, the trouser suit and the safari jacket from men’s clothing in order to dress women, thereby transferring the symbols of power from one sex to another.

In 1961 Yves Saint Laurent decided to create his couture house. Just under 50 years ago, in January 1962, at the age of 26, he created a cultural shockwave by opening his first haute couture show with a caban jacket and trouser ensemble directly inspired by a fisherman’s pea coat.

The era in particular that was referenced for S/S 2011 was the 1970’s when Saint Laurent spent a tremendous amount of time at his second home in Marakkesh in his beautiful Majorelle botanical gardens. While being there he was greatly influenced by traditional Morrocan dressing and the gardens. His ashes were scattered there when he died in 2008.

I am in love with all those collections that are paying tribute to one of the greatest fashion designers of the 20th century and took the runways by storm. Therefore I put some collages for you together. I included photos of the exhibition of his previous creations to demonstrate the versatile references.

Enjoy this feast for the eyes. 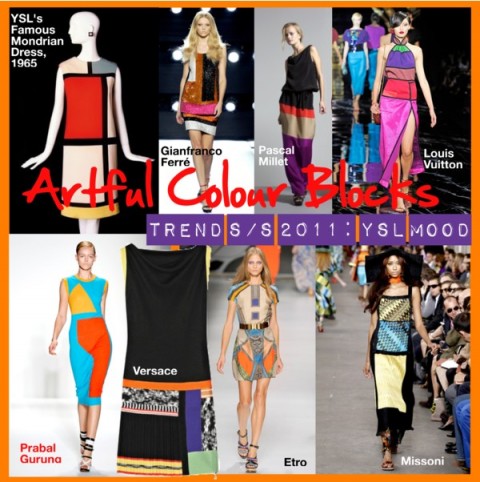