Mid June, I was invited by the lovely Gigi Kracht to her iconic Art in the Park event which she celebrated for the 12th consecutive year. This time, a very special presentation of one of the last masterpieces of the twentieth century awaited the guests at Zurich’s Baur au Lac gardens.

In collaboration with Galerie Gmurzynska, which celebrate the 20th anniversary of their representation of the Yves Klein Estate, another puzzle piece of Yves Klein’s career was brought back to life. The Venus Project was the major concept behind much of the work that Klein completed during the fall of 1961 and the early part of 1962. When Klein’s career was cut short by his passing in June of 1962 this project was left unexecuted. 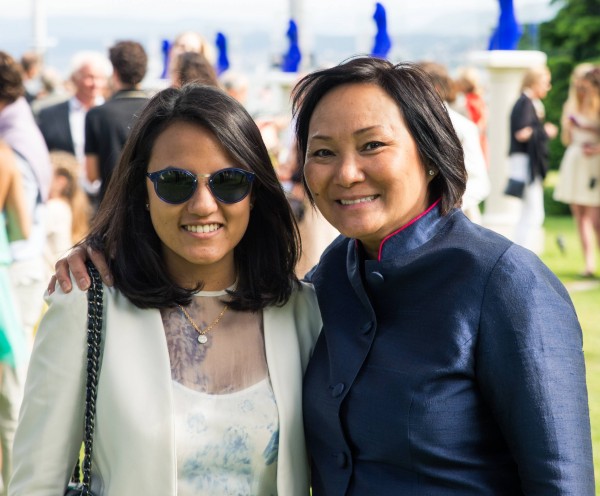 Gigi Kracht to the right with her daughter Muki 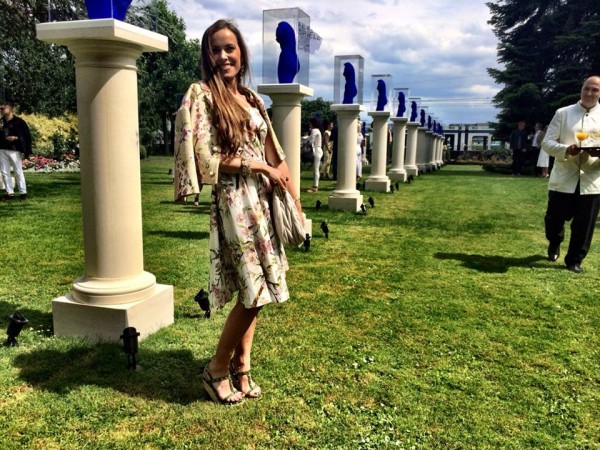 Me in front of the exhibition 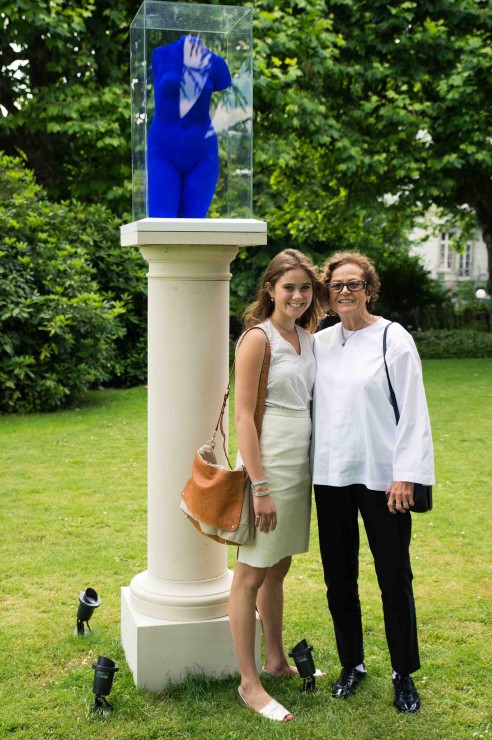 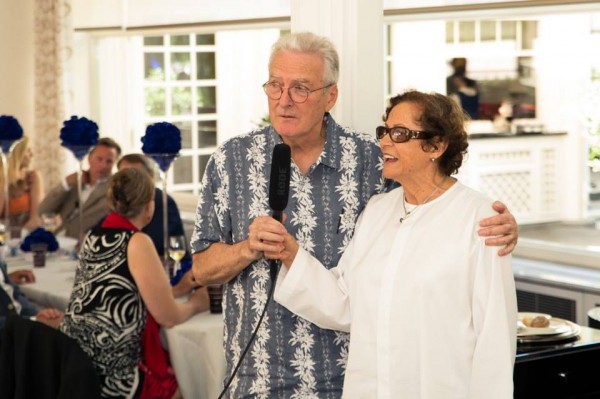 Yves Klein’s family had flown in for this special occasion. Daniel Moquay who is the new husband of Rotraut, Yves Klein’s widow, gave a great speech during the intimate lunch hosted before the official exhibition opening: “Yves Klein travelled in 1961 with Rotraut in America for the occasion of his solo exhibitions at Leo Castelli Gallery in New York and Virginia Dwan Gallery in Los Angeles. During his journey, he had this vision in Las Vegas of having a kind of classical columns where he would have placed his “Venus of Alexandrie” which was the Louvre model that he painted in International Klein Blue. Unfortunately, he could not achieve his project. Several years later, a developer in Las Vegas has approached us and we had this idea to complete Yves Klein’s wish. We made a special edition of 30 blue Venus in order to present them in a hotel in Las Vegas. Regrettably the business went bad and we never could achieve the dream. Today we wish to show this very special project for the first time and to present this unique edition of 30 blue Venus, as the acme of the entrance of this place. For the first time, we will find the presentation that exactly correspond to Yves Klein’s dreams. We just wish you to enjoy this work, and the serenity of it. 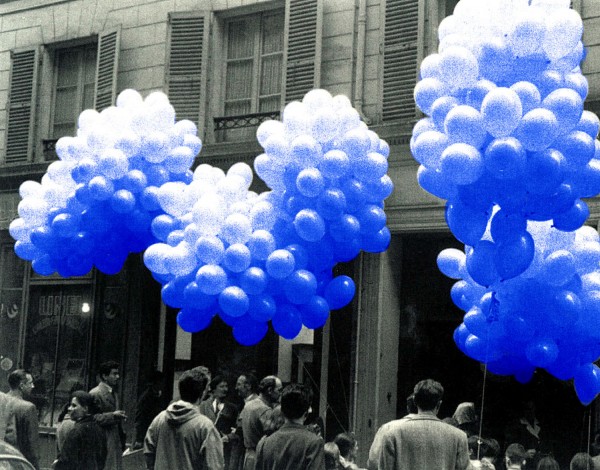 We will also realize the other happening of Yves Klein: “Sculpture Aérostatique“, which consists in 1001 blue balloons that the artist released in the sky, place Saint-Germain des Prés in Paris, at the occasion of his show at the well-known Iris Clert Gallery in 1957. This event has been recently realized a couple of time at the occasion of Yves Klein’s retrospective shows in different museums all over the world.”

There was so much love for detail during the exclusive lunch hosted by Gigi Kracht before the opening. Even the roses were colored in International Klein Blue (or IKB as it is known in art circles). The hue that was developed by Yves Klein as part of his search for colors which best represented the concepts he wished to convey as an artist. 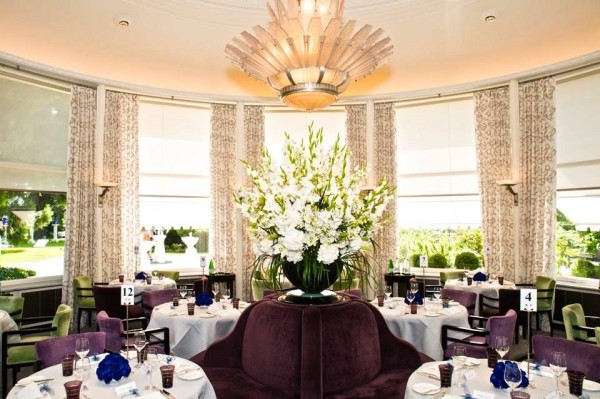 Photos: Courtesy of Art in the Park, Yves Klein Estate and © Sandra Bauknecht