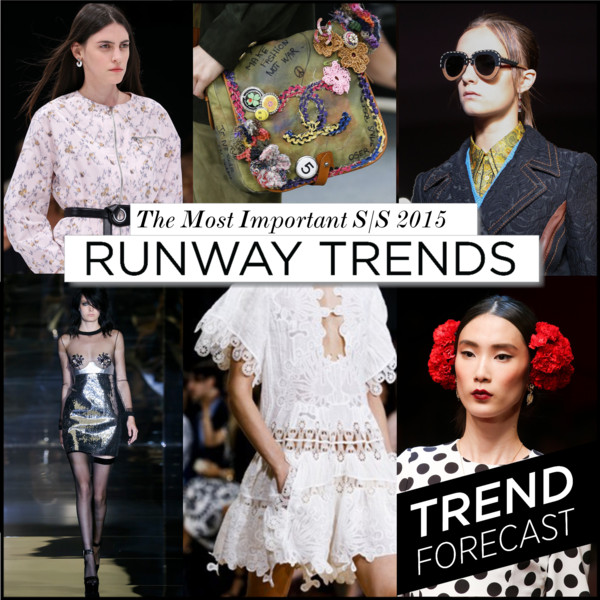 As always, I would like to keep you ahead of the game and put together the most important S/S 2015 runway trends! Scroll through my forecast to see what will stay and which styles will be on everyone’s shopping list next season. 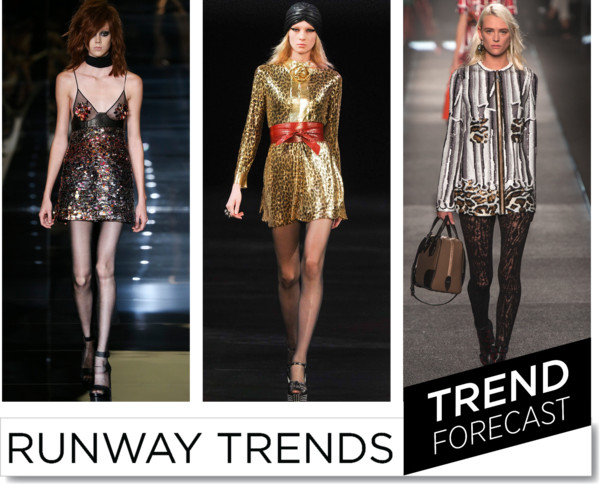 Sequins and metallics are here to stay and will surely make you feel sexy under the disco ball next summer. 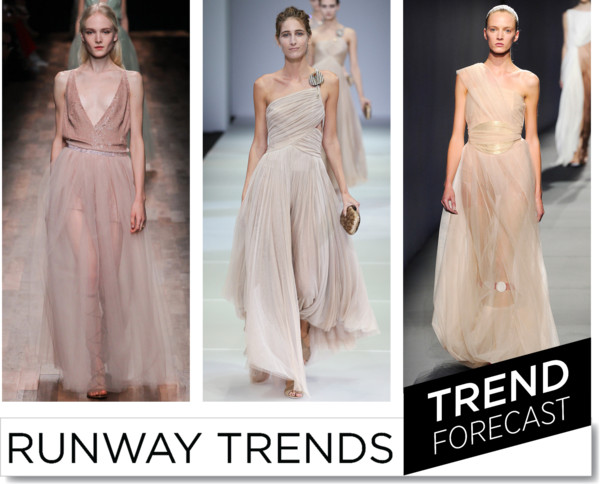 Soft and pastel, the long tutu tulle skirts and dresses seen gracing the runways were inspired by ballerinas. A must for your next red carpet moment. 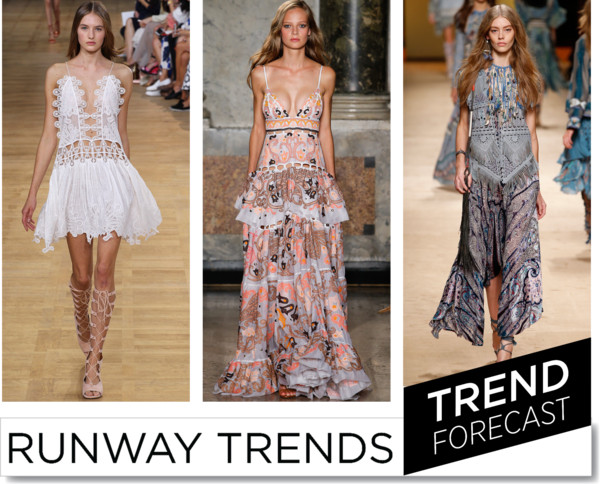 70s inspired looks seemed like a common theme throughout the fashion weeks. Long, light and flowing dresses or lace materials are the way to work the luxury bohemian trend. My favorite! 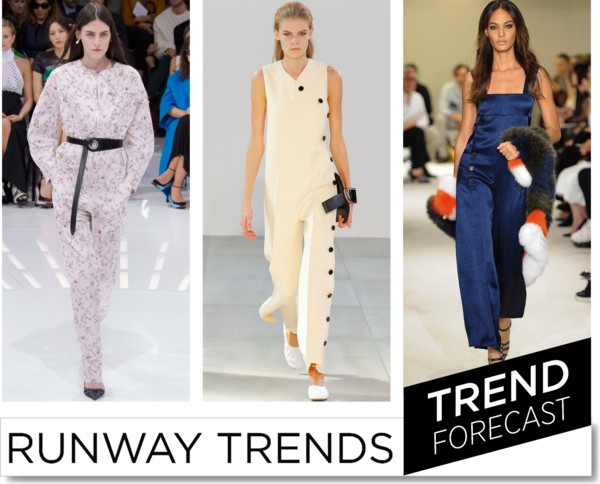 Fashion-forward utilitarian looks, the jumpsuit might not be the most comfortable piece of clothing but next summer definitely the the most up-to-date one. 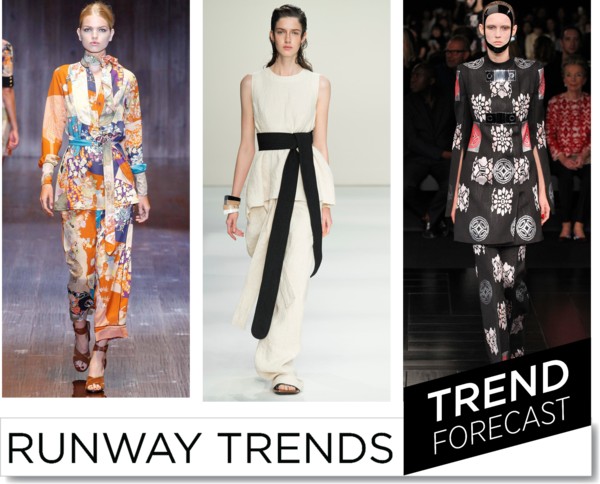 Ethnical prints and long silhouettes tied at the waist, the kimono was a huge source of inspiration for a number of fashion houses this season.

Call it haute safari gear for the wilds of the shopping streets. Khaki has become a fashion classic and is here to stay. It is up to you if you opt for for a safari-style or military-inspired look. 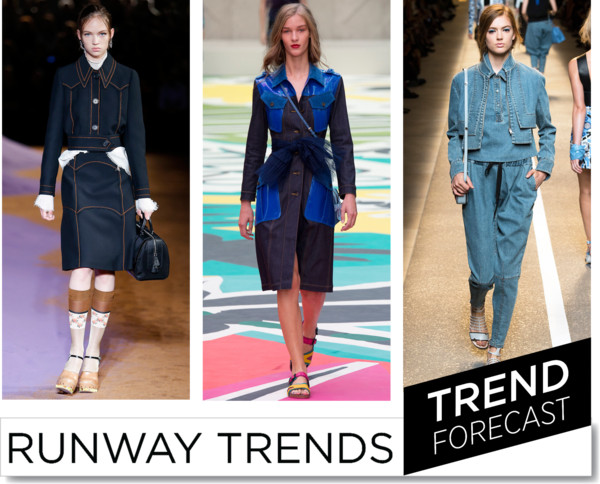 It is all about denim head to toe. Next season the beloved fabric is reinvented in in all sorts of blues and with eye-catching stitchings. 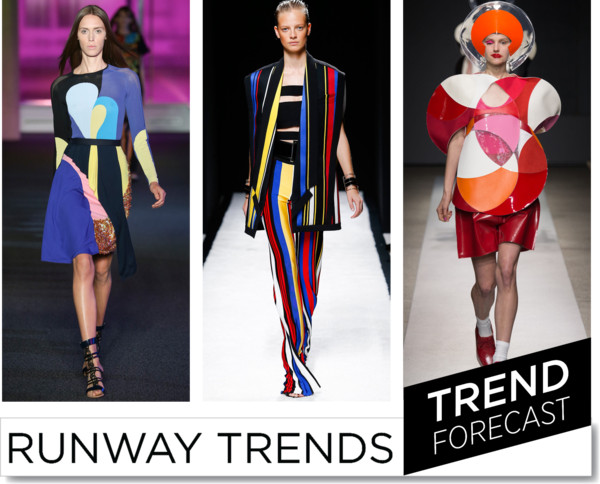 Some of the world’s leading pop-artists, such as Roy Lichtenstein, Mondrian and Sonia Delaunay were the force behind a lot of collections. Circle motifs, bright colors and bold, intersecting stripes gave the runway an energetic vibe. 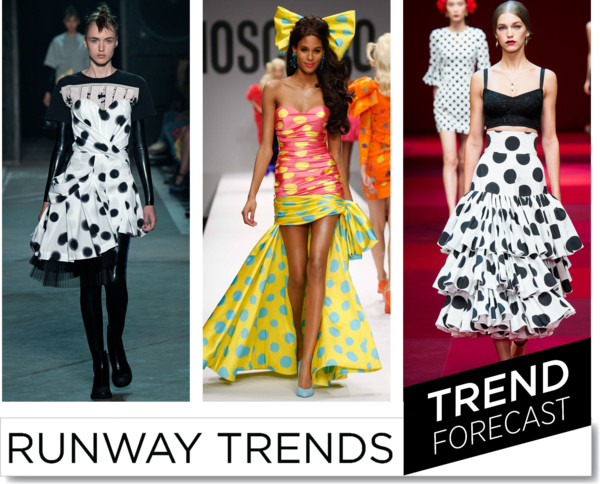 A simple and extremely joyful print, the polka dot, hasn’t lost its impact over the last seasons. 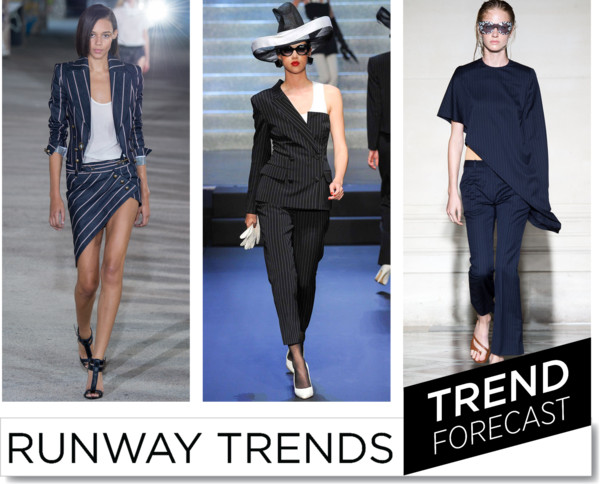 Conquering the male wardrobe, the designers used the codes of masculine suits, but added a touch of sexy. The trend reveals itself in the asymmetric cuts which are a must next summer. 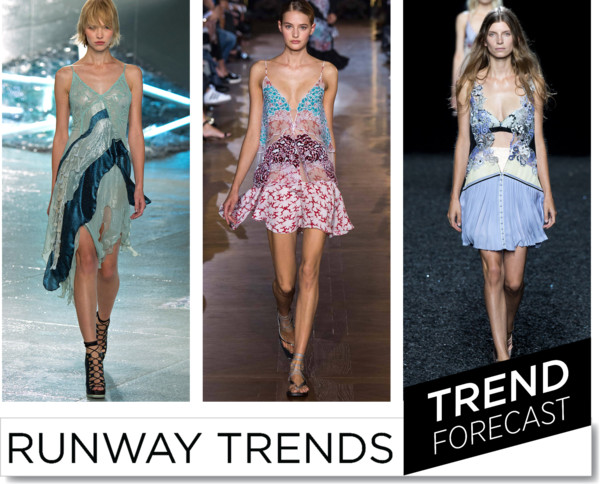 The babydoll makes its comeback in an array of fabrics and lace patterns. Patchwork is the key to success! 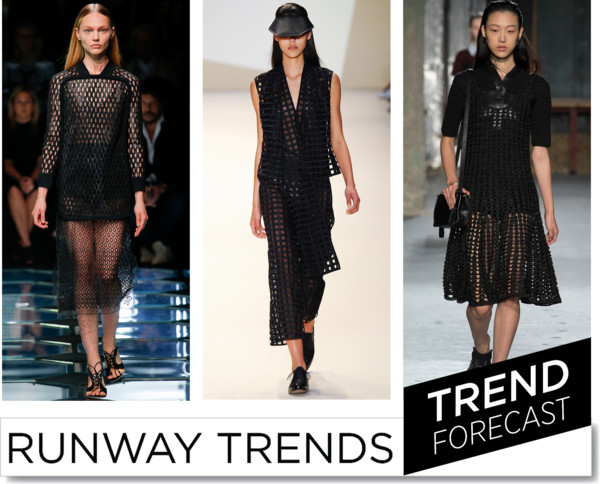 Worn all-over or a as a single piece, mesh is next summer’s answer to sportswear. The sheer fabric works day and night and has been spotted all over the catwalks. 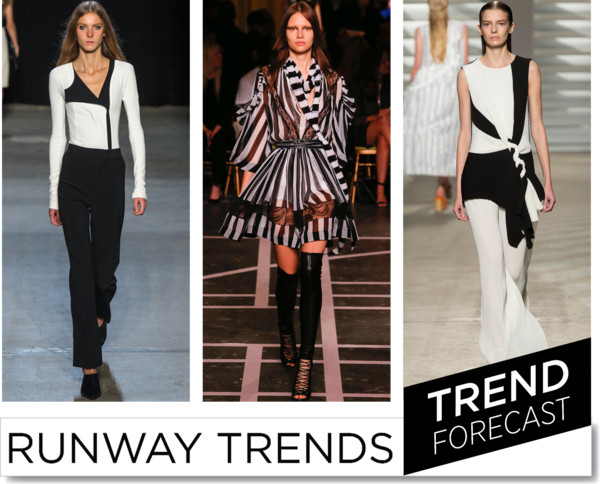 Black and white – the probably most classic color combination. This season, designers set about experimenting with the codes of femininity through black and white suits and used this ultra-refined palette for maximum optical effects. 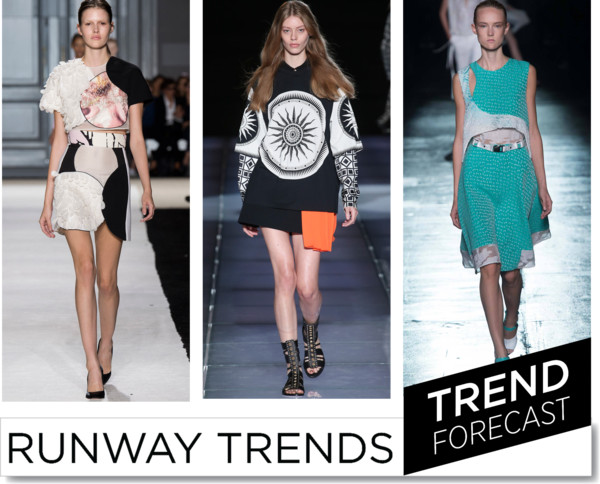 Conceptual and experimental, the next season silhouettes take center stage with pieces in an array of different colors and all sorts of materials. The probably most modern trend of all. 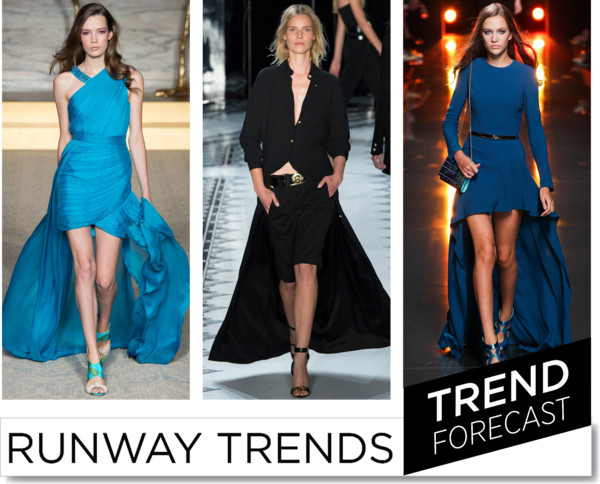 Business in the front, party in the back, the new hemlines play with length.