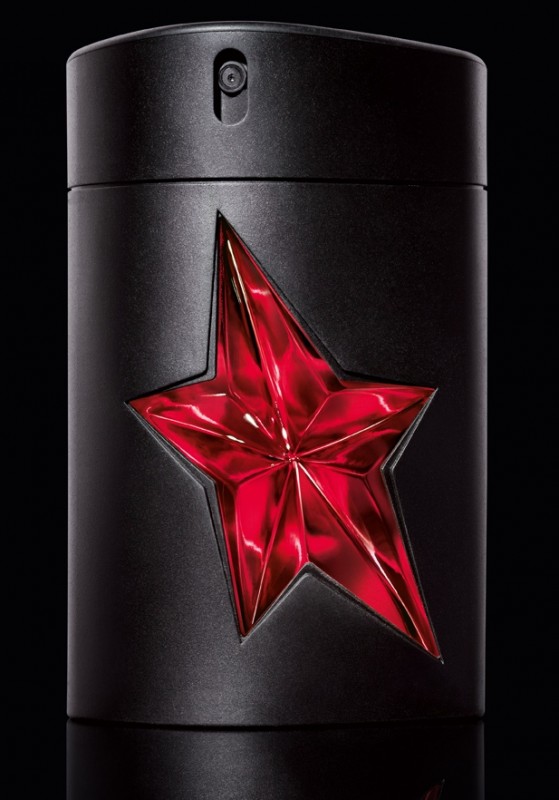 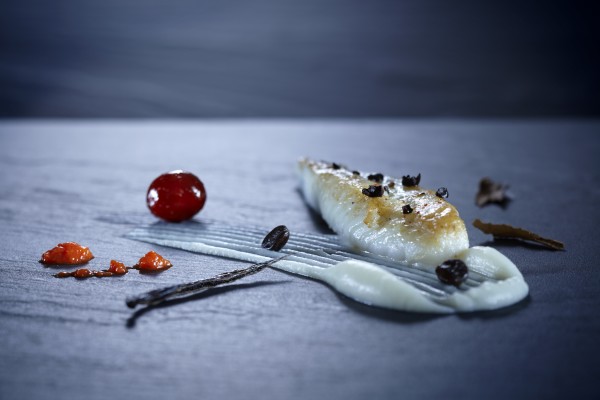 Peel the celeriac and cut it into large pieces.

Boil the celeriac in 3 quarts of water for 15 to 20 minutes until soft.

Strain and pour it into a food processor with the sour cream and butter.

Blend until the puree is thick and creamy.

Season with nutmeg and cinnamon according to taste, then season with salt.

Bring the water and sugar to a boil in a small pot.

Let the cranberries gently candy in the syrup for about 15 minutes.

Halve the vanilla bean lengthwise, remove the seeds with a knife and add (beans and seeds) to the oil.

Let infuse for a few days to allow the vanilla to release its fragrance.

Sauté them in a pan, in the duck fat and coffee beans, for 3 to 4 minutes.

Remove from heat, add butter and cook until it melts. Pour generously over the fish filets.

Mix the Piquillo peppers with the olive oil in a food processor. Do not overblend.

Season with salt and Espelette pepper according to taste.

Place a large spoonful of celeriac puree on to each plate.

Taste as is at first, then add the Piquillo pepper condiment.
Bon appétit!