The Elsa Schiaparelli brand, co-star of the Metropolitan Museum of Art’s new Costume Institute exhibition, is set to be relaunched by its current owner, Diego Della Valle, who purchased Schiaparelli’s trademarks and archives  in 2006, is on the hunt for a head designer which is said to be announced in October this year. Moreover, he has hired French model and actress Farida Khelfa as Schiaparelli’s spokeswoman. 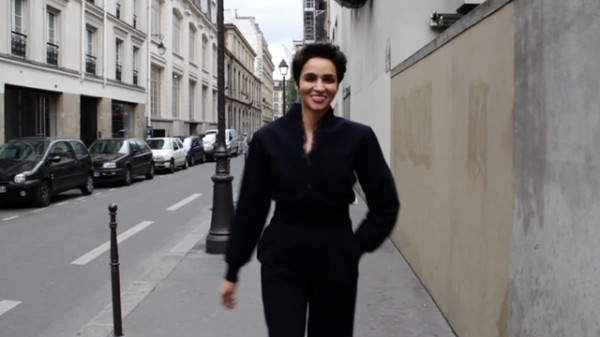 In July there will be the opening of the Maison Schiaparelli on Place Vendôme. The residence where the designer dominated the scene during the thirties and forties, her historical address revisited in a contemporaneous view maintaining the ateliers’ allure, where the new collection will be showcased. Starting March 2013, the first collection pieces will be presented. The new Schiaparelli universe, made up of very special collections representing her style well, with strong focus on accessories, for which Schiaparelli was the creator and protagonist. High quality fragrances and cosmetics, today, will exemplify her myth. 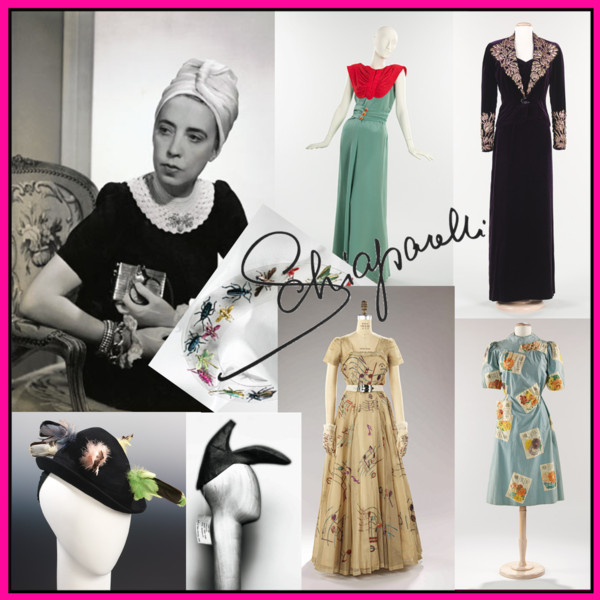 When everything is forgotten this is what survives! In the theatre that is fashion, Elsa Schiaparelli plays a leading role. Absent from the fashion scene for over 60 years, Schiaparelli continues to inspire designers and by the very fact, many of her clever creations are still familiar to us: the seamstress stockman-shaped perfume bottle, her press clipping prints, signature exotic butterflies that flutter on hundreds of her models, also on hats, buttons, necklaces … And Shocking Pink that no longer shocks since it has been copied by so many others!

Mostly due to her shoe-shaped hat, with its heel pointed towards the sky, posterity associates Schiaparelli with the Surrealists. Yet this is foregoing a little quickly that, in her case, this influence is closely intertwined with a baroque culture: brought up in Rome where her family lived in the Corsini palazzo, Schiaparelli is the heiress of these Italian artists whose fantasy she imposed in France. Indeed her destiny awaited her in Paris. A destiny she encountered almost by happenstance having accompanied a friend visiting Paul Poiret, the famous couturier encouraged her and decided of her future. In 1927, Schiaparelli presented her first line of knits that announced sportswear, but it was not until 1930 that her style evolved towards a conquering and evanescent femininity that were to become her signature brand image.

In the 30’s, Haute Couture invented itself. Considered until then as suppliers, couturiers escaped and became the gods of an Olympus of clothing with evanescent shores. Not only did Schiaparelli quickly make a name for herself in this Olympus, she was given a nickname: Schiap!

To the tomboy running out of steam, she opposed a poetic and amusing elegance. A woman of fantasy that never ran out of ideas: hand- painted lobsters on chiffon muslin, the first zipper to be used as a fashion accessory, telescopic, spiral or ice cream cone hats, a feather hat simulating a sleeping chicken, bird cage hats…looking more attentively at Schiaparelli’s models, their line is fluid, naturally flowing over a woman’s body that it respects… The waist is in the right place, the bosom beautifully defined and the length of the skirts precisely as it should be.

With her infallible flair, Chanel immediately pinpointed her rival. She loathed Schiaparelli and the feeling was mutual. Indeed, Mademoiselle was quite annoyed that a foreigner might be trampling her turf. And, as if that wasn’t enough, just around the corner from her territory, in the shadow of the Vendôme column where Schiaparelli first set up shop in 1934 and took Paris by storm. Schiaparelli signed her most impressive collections between 1935 and 1940. Real fireworks. A suite of improvisations on a theme that she showcases and pushes to its ultimate limits: the circus theme, Commedia dell’ arte, butterflies, astrology, a beetle line, a pagan collection, inspired by Botticelli and the Birth of Venus.

It’s always easy to analyze a situation in the light of the final result, but how can one not make the correlation between the stormy electricity that preceded war and the sputtering of Schiaparelli’s genius at the same time?

It should be pointed out in passing that she was never more at ease than during the bustle that occurs before the presentation of a collection. She revels in creating under the gun, to come up with last minute solutions, to resolve insurmountable problems with one snip of her scissors featuring the same untamable and free audacity that is the very quintessence of Haute Couture.