It is Sunday, time to play with your loved ones. Personally speaking, I love card and board games and this is one of my favorite things to do with my family on a lazy weekend. A feast for the eyes are the backgammon boards and custom-made games tables designed by Alexandra Llewellyn which I found over the EDEN BEING website.

The London based British designer stocks a collection of in-house designs, all made in the UK, that can be available immediately or personalised with engraved or painted messages, initials, and dates. They can also be commissioned with exquisite semi-precious stone and brass playing pieces. 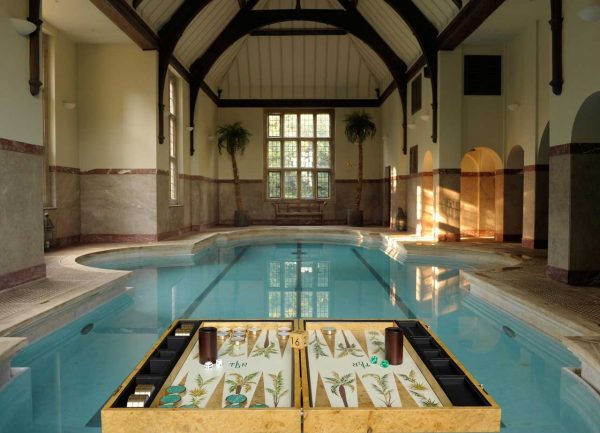 Alexandra also takes one-off commissions for games tables and games boards, creating a truly original way to commemorate memories and life achievements. Every detail is created in close conversation with the client. What a lovely gift for a loved one!

Since her childhood, which she spent in Cairo, Alexandra has played backgammon. The rattle of dice on large wooden crate-boards signaled the game in play, as she strolled through the streets with her Egyptian step-grandfather. As she travelled more her interest in backgammon evolved, over countless games. She became enthralled by the idea that board games operate as an independent vocabulary requiring neither common language nor culture, and the idea that games bring people together.

Alexandra collaborated with legendary photographer Terry O’Neill, whose images defined the Swinging Sixties and the Seventies.