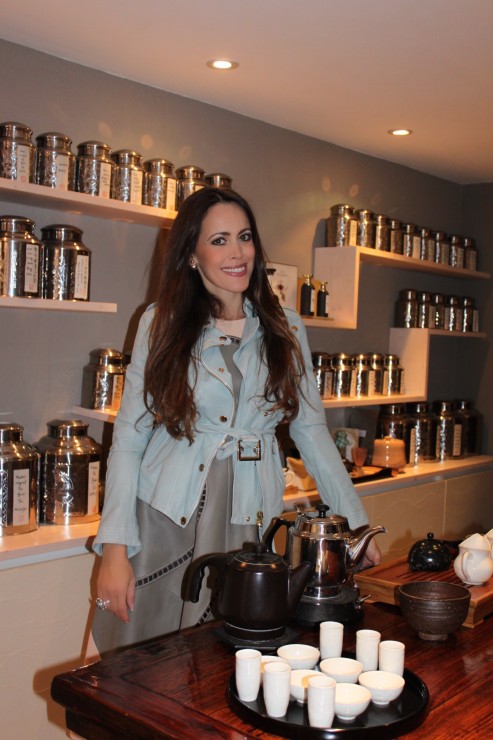 How can we overcome the transience of the body? How can we cross the boundaries between time and space? At Shui Tang in Zurich’s Niederdorf I learn more. The place has something magical, just like the owner Ms. Meng-Lin Chou, who transports me into her world with a wonderful ceremony of the traditional infusion beverage. The painstaking preparation is enough to make my to-go cup of morning coffee feel Philistine. 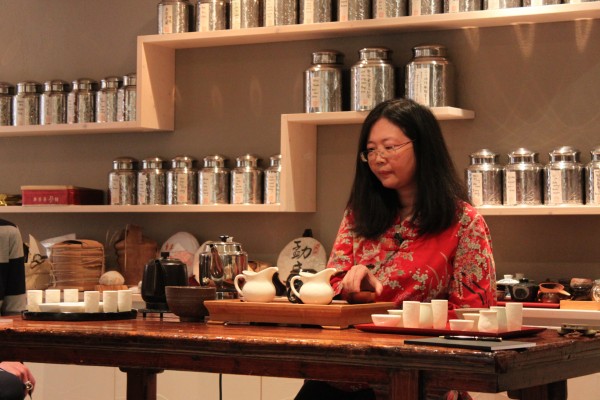 Creating rare moments for sharing and pleasure, tea is considered an alchemical and Taoist bridge. Life is a river with two banks, yin and yang, one side is male, the other female, one reflects the material, the other the spiritual world. Both are polar opposites to each other, yet related forces that form a whole perpetual cycle. Tea is like a ship that helps you float from bank to bank. While doing so, you can forget the time. 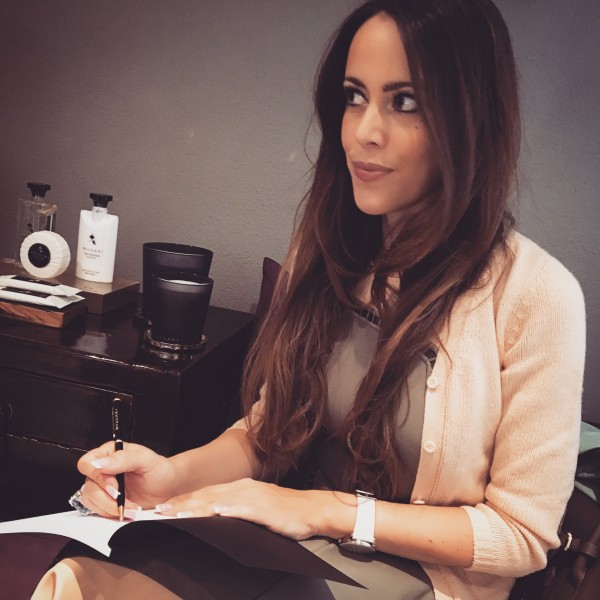 That’s what I’m doing at Ms. Chou. I am glued to her lips while I sip a delicious infusion. «The more cultivated a Chinese household is, the smaller the cup,» she says. «Many customers have claimed that sitting at the antique Chinese table, sipping the traditional Chinese Gongfu Tea is enough to infuse a magical power.» As I watch her when she prepares the tea, I believe that too, because time seems to stand still. Rare and precious moments that we easily forget in our fast-paced world.

Perfume used to be like tea a sacrificial offering in the past in order to manipulate the gods. Fragrance reflects the alchemy of the exterior, tea the interior. In Bulgari‘s latest creation, they become one.

In the most hidden corners of the province of Yunnan at an altitude of 3000m, the rare black tea, that is used for the fragrance, is harvested between 2000-year old trees. Just like in the 11th century it is produced without electricity from the village farmers. Hand-harvested at precipitous elevations and carefully dried in the sun, those tea leaves can fetch more money per ounce than gold. 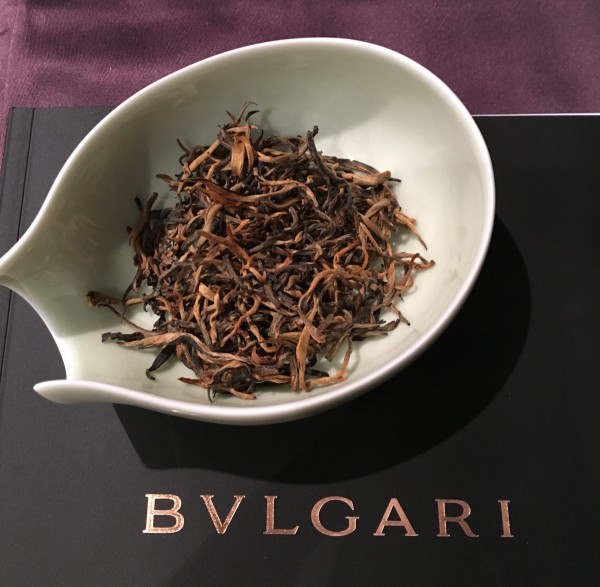 Today, tea is a product in our affluent society, which stimulates thinking. 3000 years ago, it was used exclusively as medicine.
During the early ’90s, nobody would have thought that the traditional infusion could also be a perfume. But Bulgari has never followed current trends and launched in 1992 «Eau Parfumée au thé vert», inspired by the idea of ​​hospitality. First, the novelty was intended not as a traditional fragrance, but as refreshing ceremony for customers in the Bulgari shops.

The unisex revolution was a huge success and can now be found in many hotel rooms as amenities. Other tea inspired scents have followed (see the complete collection above). The new «Eau Parfumée au thé noir», a powerful interpretation of the exclusive type of tea from Yunnan, enriches the collection with a different olfactory territory and promises to become another bestseller. 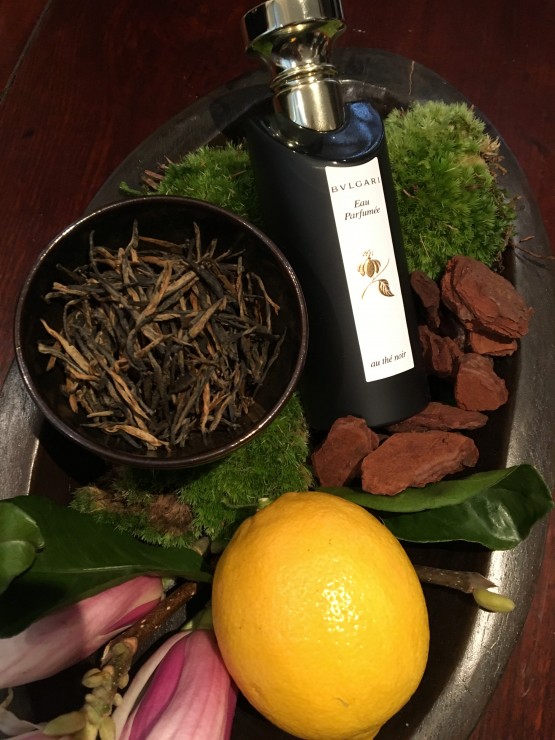 Inspired by millennial Chinese black tea, it is an intense luxury fragrance for men and women that imprints itself indelibly on the skin with its floral and woody notes. The top notes are as palpable as those of a rose. The fluid and woody notes of black tea accord and patchouli strongly interact with the sensual and captivating harmonies of oud. Like yin and yang, an interplay, sensual and captivating. 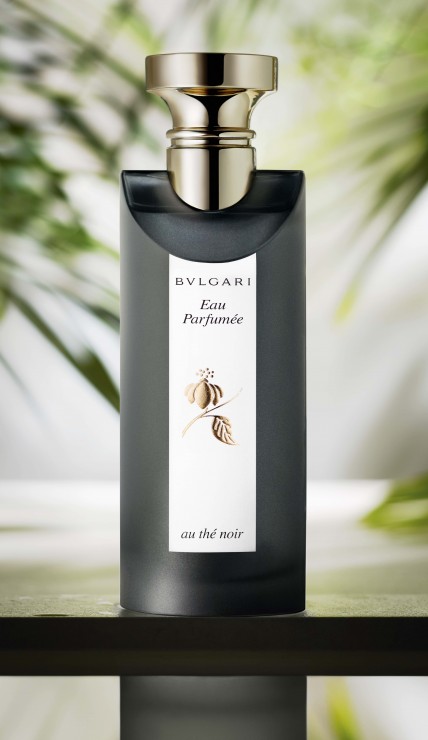 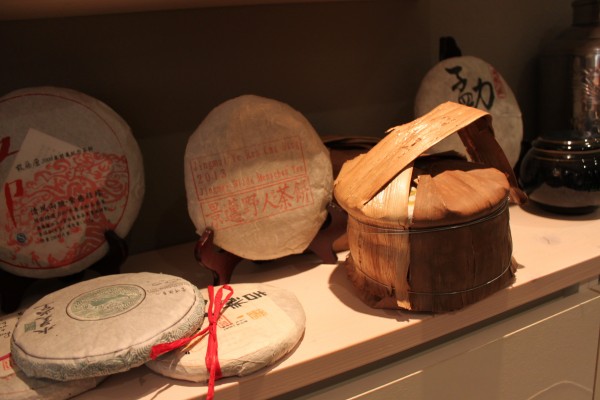