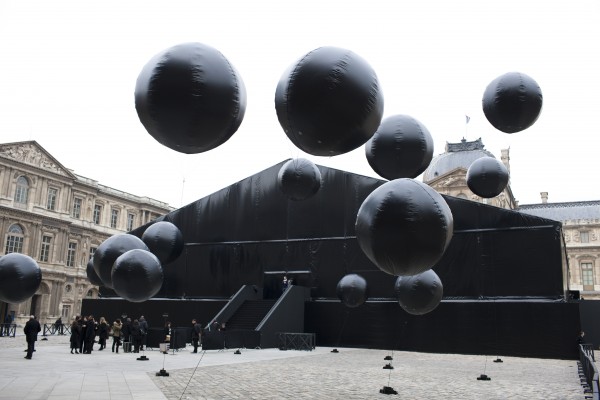 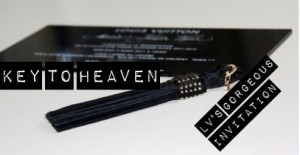 Louis Vuitton’s F/W 2011 show had already the best invitation with a gorgeous tassel hanging from it. Marc Jacobs also touched the Parisian World War II-era like Miu Miu did but he added a fetish vibe which is said to be a metaphore for women’s obsession with bags. Talking about the power of a handbag which brand could be better than Louis Vuitton.

The show’s decor was absolutely amazing. Four elevators transported the models on stage. Porters for each opened the lift doors like in a luxury hotel. 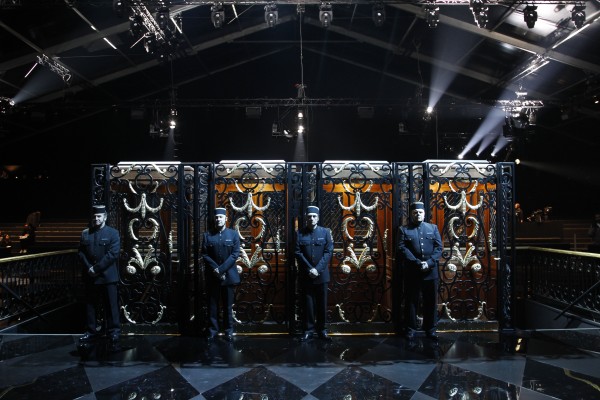 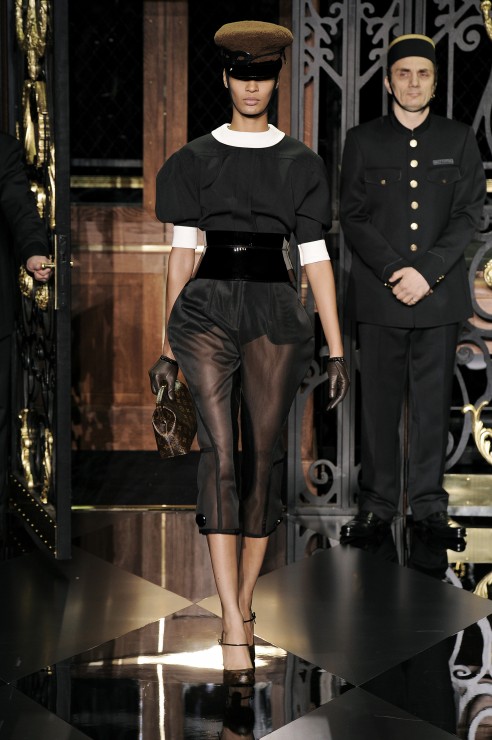 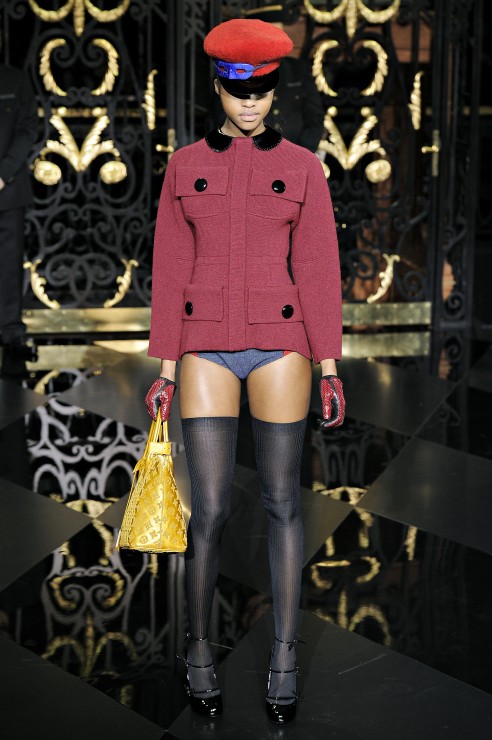 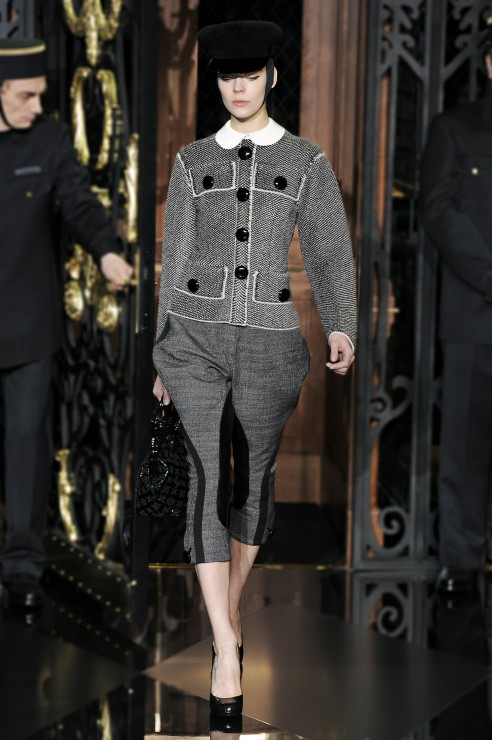 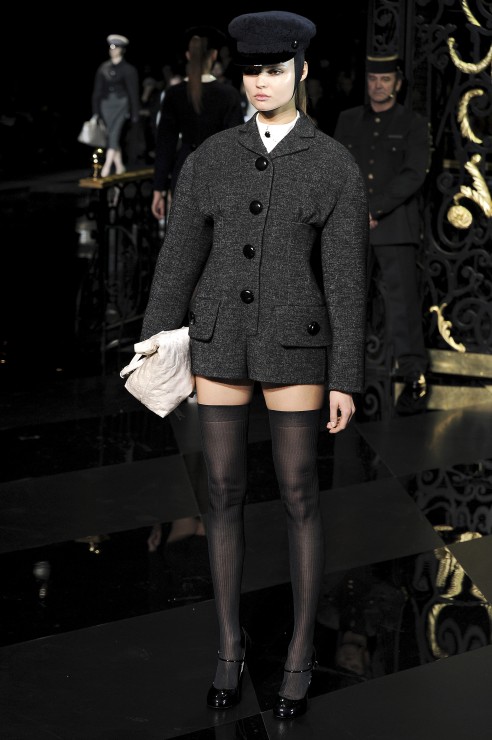 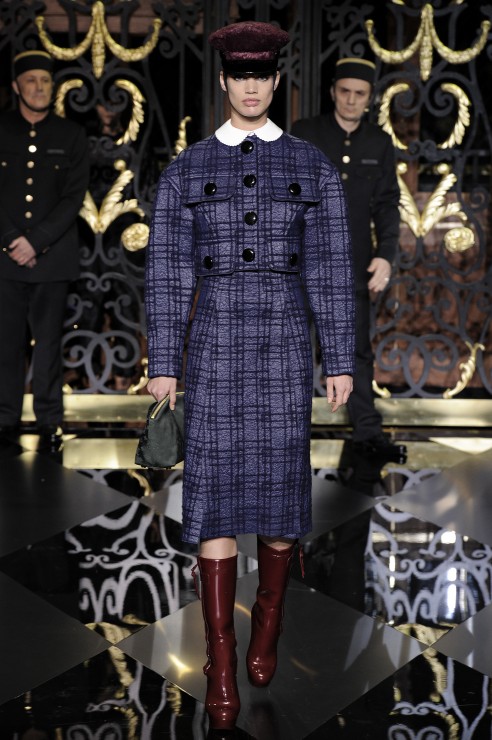 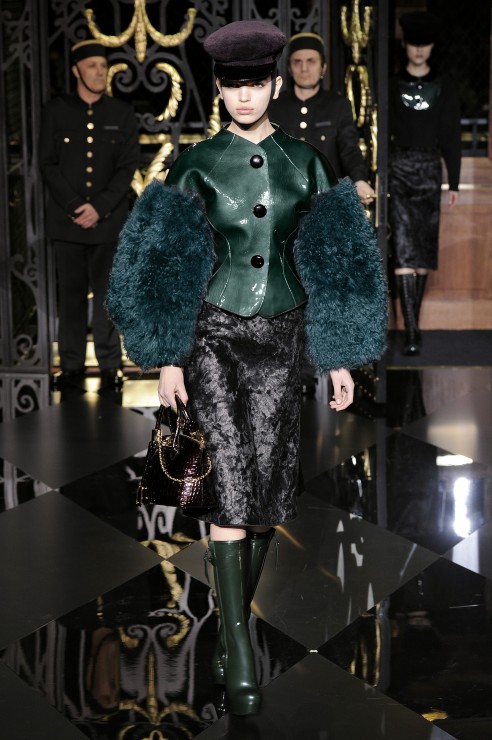 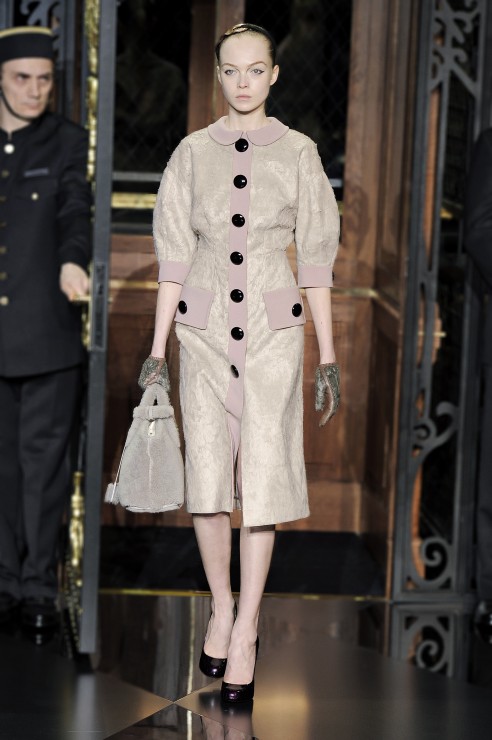 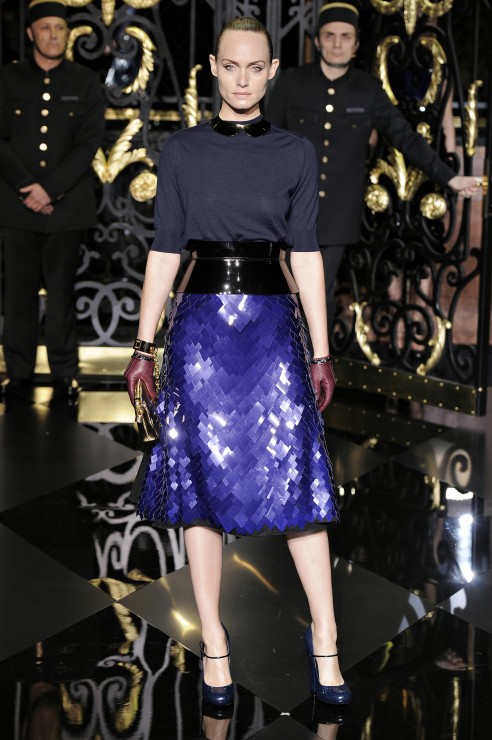 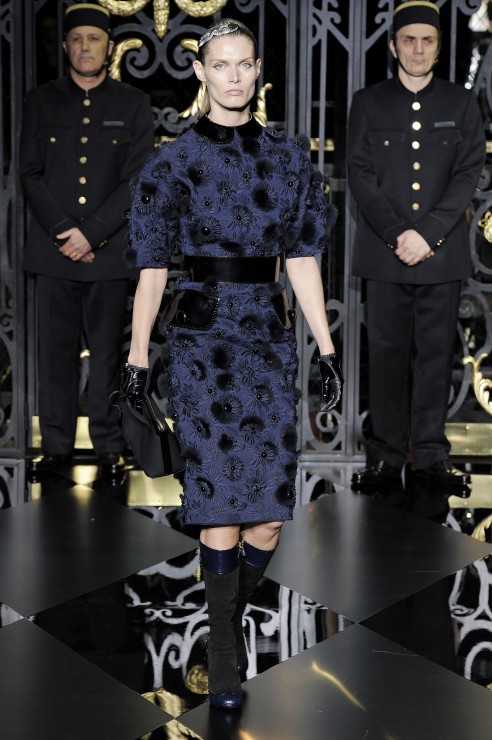 Later on, French maids in plasticized lace and embellishments in the shape of masks and handcuffs started to exalt the imagination. 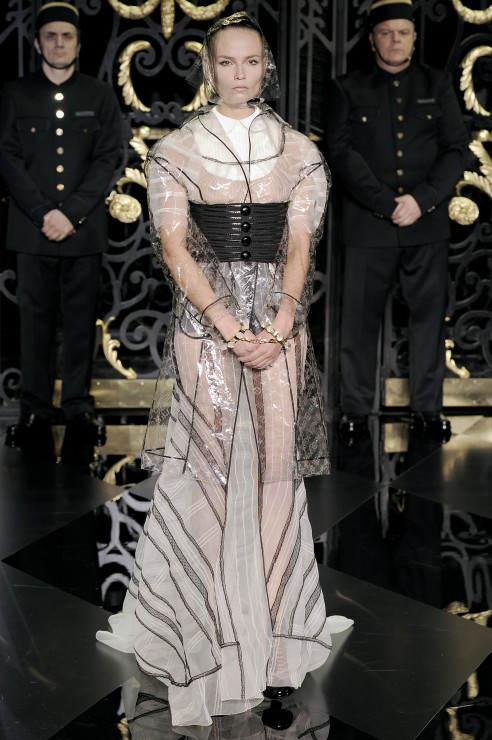 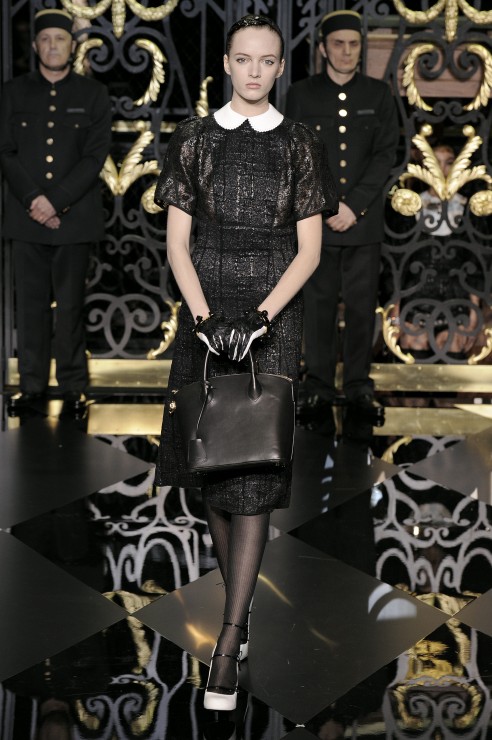 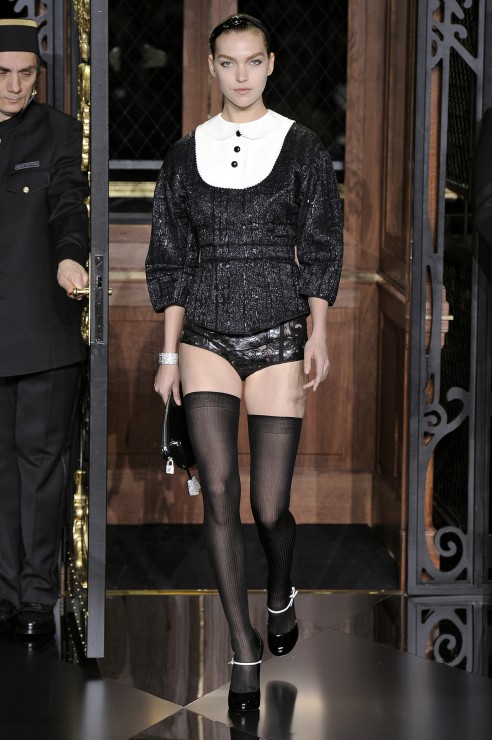 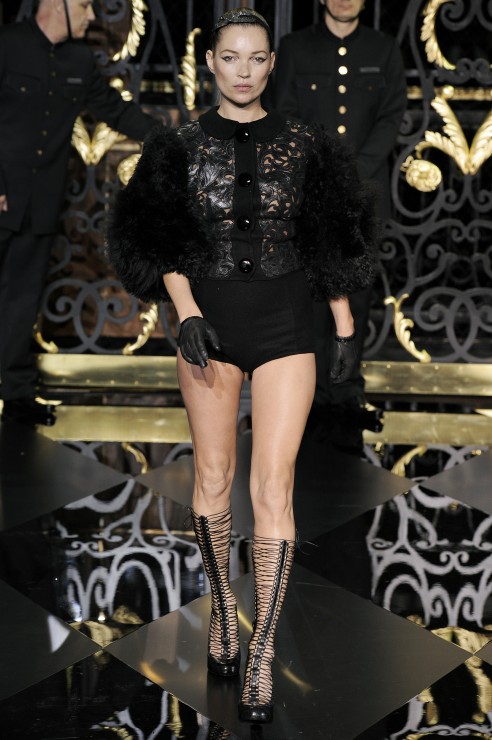 Kate Moss presented the last look waving a cigarette and looked smoking hot in both senses. If you are interested, you can watch the show by clicking here.

The must-have Louis Vuitton bag for F/W 2011 will be the reinterpreted 1958 top-handle Lockit bag. For the show, some versions had a diamond encrusted handcuff attached to it.
What can you say… such a Louis Vuitton handbag is for life.

Below you can see which celebrities were spotted at the show. I hope that you will like it. 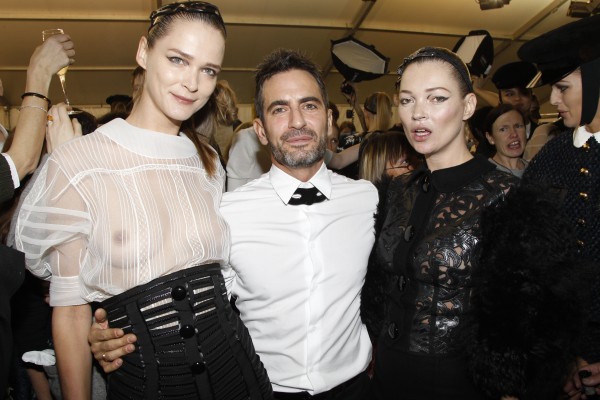 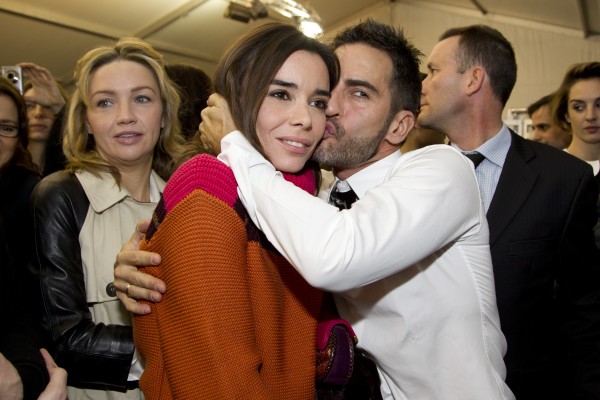 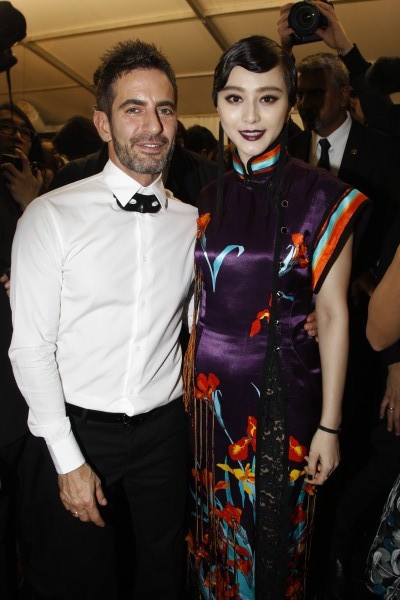 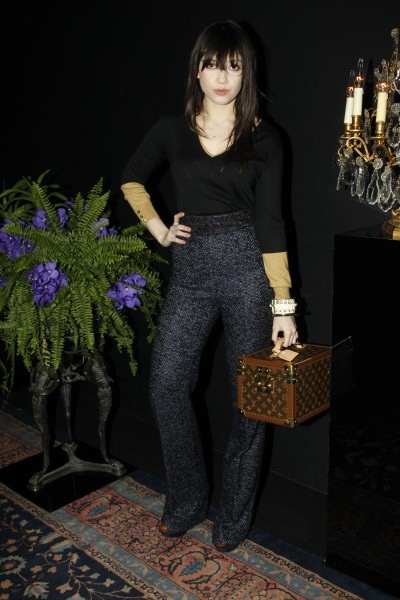