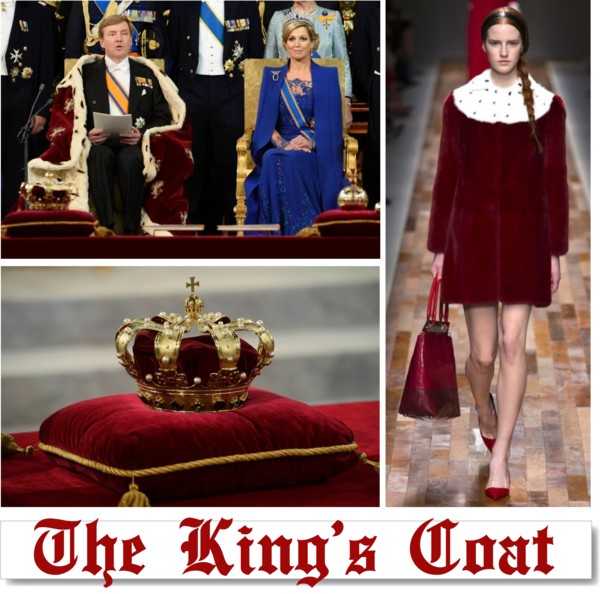 As with any royal occasion, I am always curious about the outfits. Today, Dutch King Willem-Alexander took the oath next to his wife Queen Máxima during a religious ceremony at the Nieuwe Kerk church in Amsterdam, marking the abdication of Queen Beatrix and the investiture of her eldest son. He became the first king of the Netherlands since 1890. 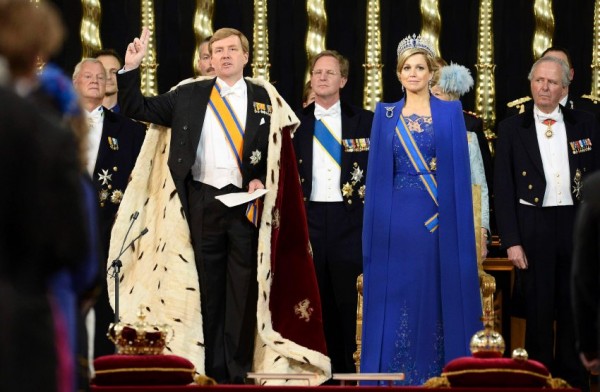 Queen Máxima of the Netherlands wore for the inauguration of her husband, a custom royal-blue gown by Dutch designer Jan Taminiau. Her floor-sweeping lace embellished dress was combined with a matching floor-sweeping cape, which reminded me a lot of Gwyneth Paltrow’s 2012 Tom Ford Oscar gown appearance.

But I couldn’t take my eyes of Willem-Alexander’s royal mantle, decorated with silver lions and ermine fur, it is a piece of art. The original dates to 1815, but it has been repaired and altered over the past century, and had been also worn for the investitures of his mother and grandmother.

I would love to have such an outerwear and thought immediately of Valentino‘s beautiful F/W 2013 collection where I spotted something similar on the runway, like a modernized version of the royal coat, made of red mink with an ermine collar. 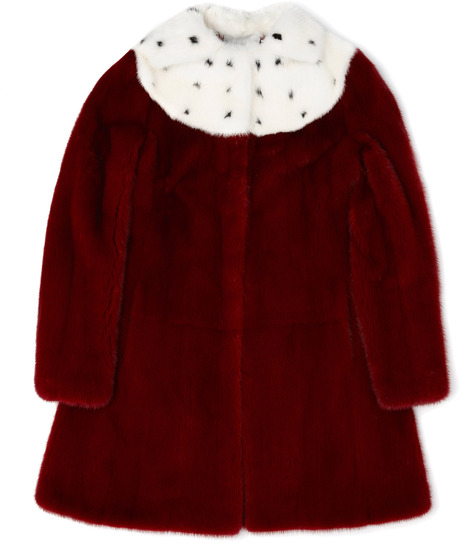 I am sure that I would feel like a real princess in it. More of Valentino will be coming up soon, so please stay tuned. It has been one of my favourite collections for the next season and I took some great pictures in the showroom in Paris as you can see in this little preview below. 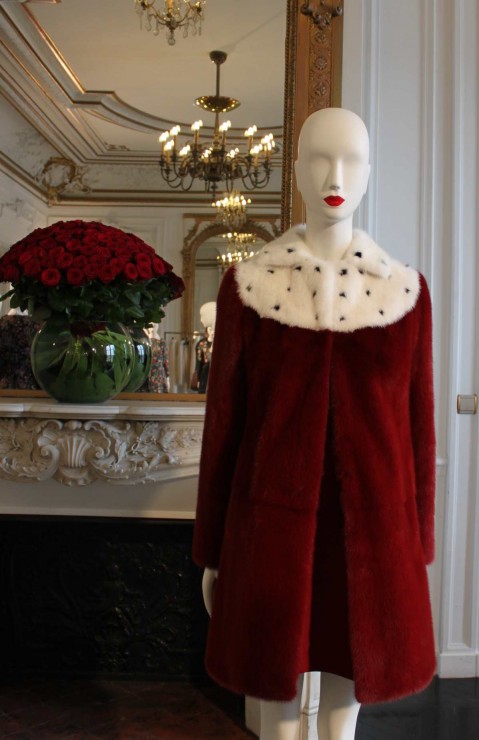 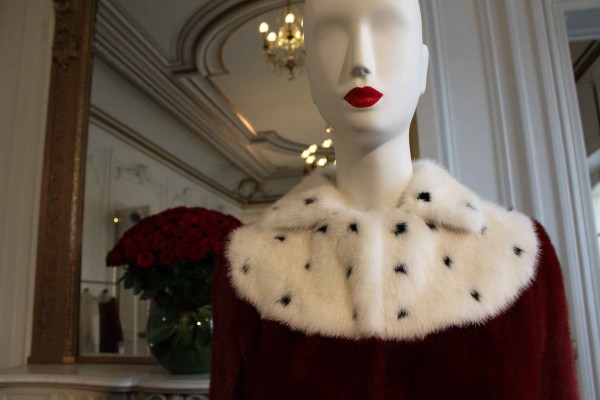