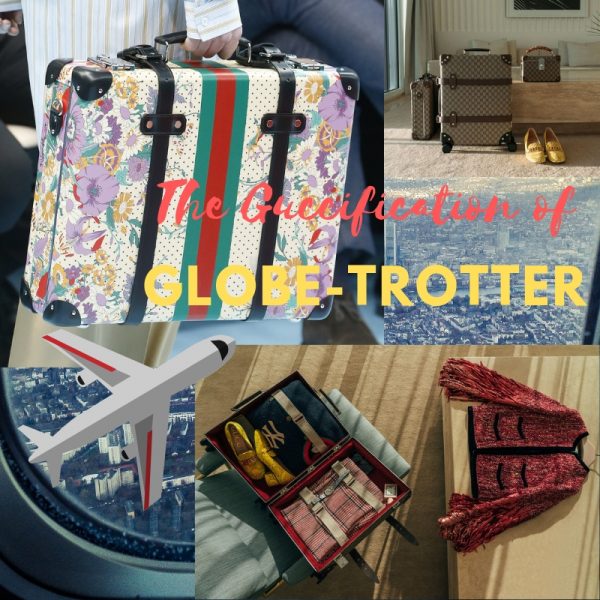 Last season, in a project looking back to the untold story of Gucci’s ‘British roots’, Globe-Trotter has produced a collection of distinctive luggage for the Italian fashion house.

In the Gucci Garden museum in Florence, there is a gallery called Cosmorama. Here visitors will find displays of luggage and travel paraphernalia going back to the founding of the House in Florence in 1921. Part of this exhibition is an exploration of a distinctive emblem that Gucci has used over time of a bellboy wearing a pillbox hat and carrying luggage. 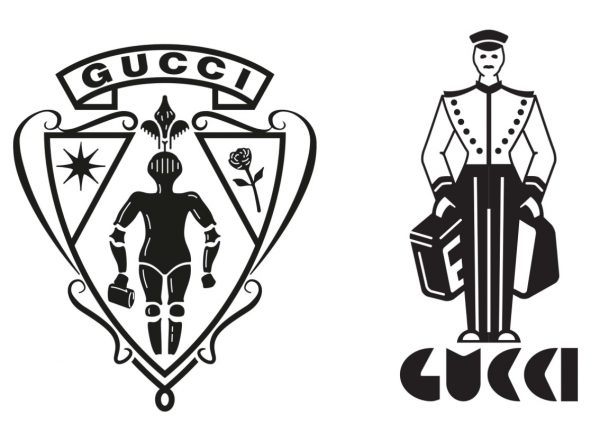 The origins of this peculiar motif lie in the history of the House itself, when founder Guccio Gucci worked as a porter at London’s prestigious Savoy hotel. The story goes that he was so inspired by the beautiful luggage of the hotel’s distinguished guests that he moved back to his hometown to start making leather travel bags and accessories under the Gucci name. 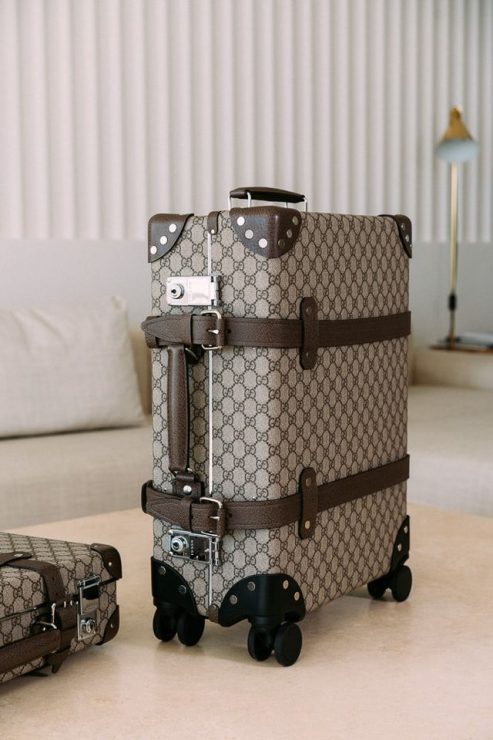 Now, almost a century later, Gucci creative director Alessandro Michele revisited the brand’s British connection. The designer has for many years travelled the world with his trusty Globe-Trotter which inspired him to create a collection of luggage in several different styles and sizes that incorporates signature Gucci motifs such as the double-G supreme pattern and the famous green-red-green web stripe as well as bold new prints in collaboration with the English luggage brand. 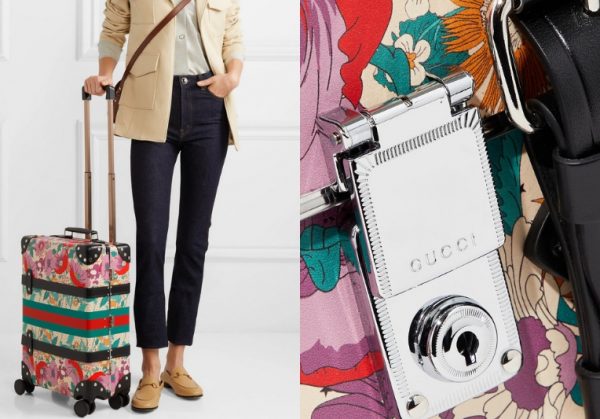 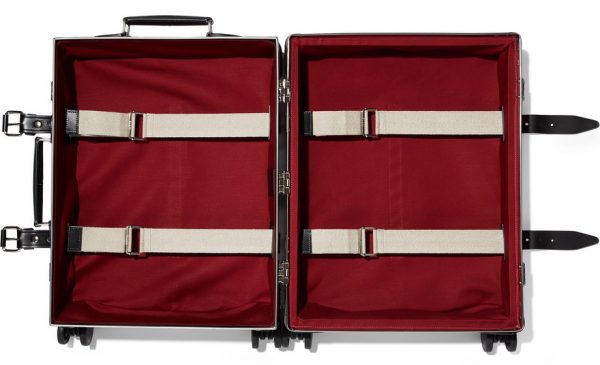 It has a canvas-lined interior that’s perfectly sized to stow weekend essentials. Boarding your flight will be a breeze, thanks to the 360-degree wheels.

YOU CAN SHOP THE CARRY-ON SUITCASE FROM TOMORROW HERE.