The legendary fashion house Paco Rabanne that ruled in the 1960’s has started to make a comeback.

In 2011, Indian designer Manish Arora had been hired as Creative Director of Women’s Ready-to-Wear and showed his first collection for the French brand, owned by Puig Beauty and Fashion Group, for the S/S 2012 season during Paris Fashion Week. Now, after only two seasons at the helmet of the house, he left. A split that appeared abrupt and unexpected.

This week, the Paco Rabanne House announced the appointment of Lydia Maurer, 29 years of age, as the new Artistic Director. 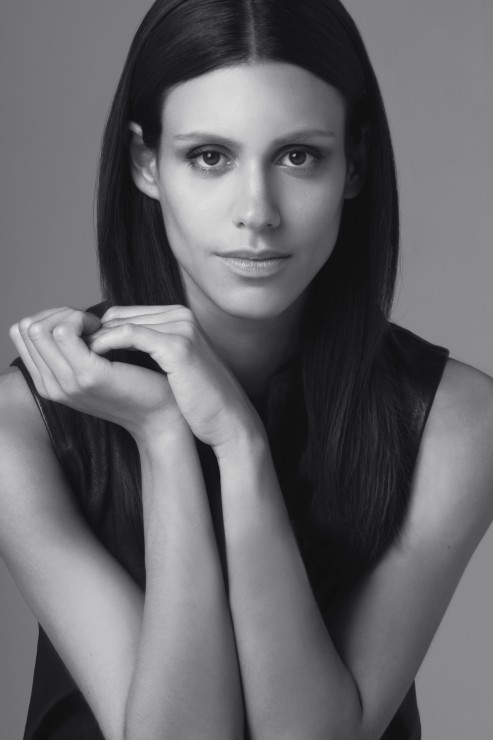 Born in Germany of a Colombian mother and a German father, she travelled throughout her childhood, following her parents between Europe and South America. Then at sixteen: Paris, and fashion. In 2006, 24 years of age, freshly graduated from Studio Berçot, Lydia starts working for Yves Saint Laurent. This is where she learns the precision and discipline of a great Maison. A change of scenery the following year with the launch and development of Rue du Mail, with designer Martine Sitbon. For four years, Lydia will learn the ins and outs of the fashion industry: an enriching and intense journey. Third encounter with Parisian fashion in 2010, Lydia Maurer makes joins the Givenchy Womens-ready-to-Wear studio where she takes care of the capsule collection, capturing the essence of Riccardo Tisci’s vision of the prestigious house.

Last November, Lydia Maurer took the reins at the Paco Rabanne studio. A role tailored to her, a bespoke experience. Serving a fashion ever in motion, honoring the body, Lydia is sensitive to the alliance of cultures. Fascinated by 60s and 70s arts, which emphasize the material and can transform metal into divine sculptures, she naturally inscribes her universe of creation into the heritage of the Paco Rabanne House.

It rejoices her: “It is a great honor to be taking on the artistic direction of such an emblematic house at the heart of Parisian creation. I am very impressed by the creative power of Paco Rabanne, a House that from the very start strips out all conventions, using, among other things, an assemblage of unexpected materials. A creative approach based on both technology and craftsmanship, resulting in a fashion that is instinctive and playful”.

Lydia Maurer will present her first S/S 2013 collection in Paris this upcoming October. 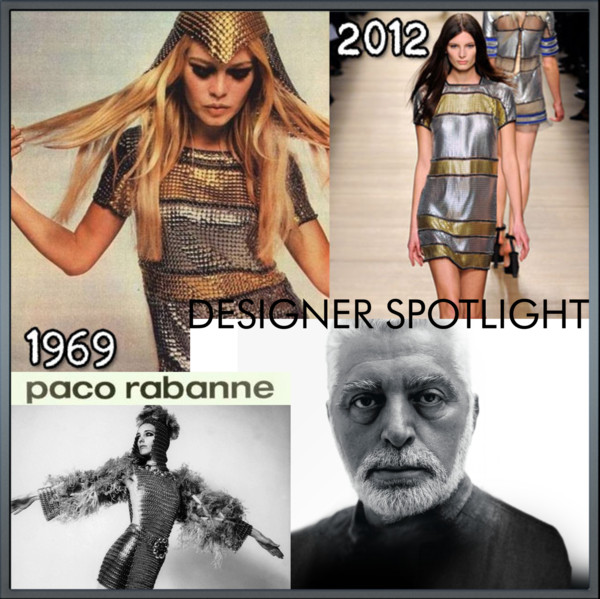 Outrageous and sometimes impractical designer Paco Rabanne came onto the scene in 1966, when he showed his first collection, a provocative manifesto titled “12 Unwearable Dresses in Contemporary Materials”, the dresses embellished with rhodoid sequins and plaques. Clothes suddenly became an artistic expression of their time. Courting scandal and plaudits, Paco Rabanne never mellowed in his mission to question the process of thinking and showing fashion, preempting the conceptual turn that designers would take as the 21st century neared. 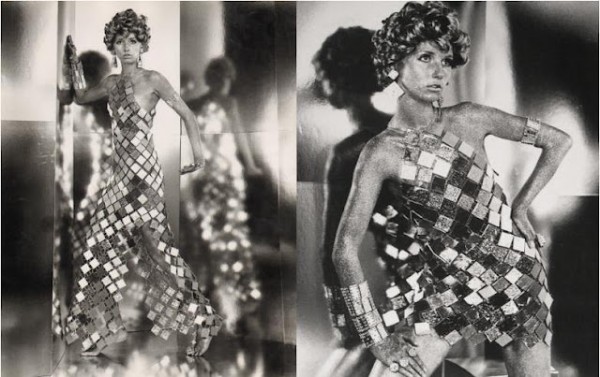 With one-off handmade pieces, pioneering the recycling of materials, event clothing, and ephemeral items, throughout his career Paco Rabanne reveled in experimenting with revolutionary projects and adapting materials for his own uses: hammered metal, knitted fur, aluminum jersey, dresses made from paper or fluorescent leather or fiber glass, to mention just a few of the more emblematic examples. In 1971, he was recognized as a couturier by his peers when he became a member of the storied Chambre Syndicale de la Couture.

In 1999, after more than thirty years of internationally acclaimed creativity, Paco Rabanne announced his retirement from the world of fashion. In 2010 he was decorated an Officer of the Legion d’Honneur by the Frech culture minister, a timely acknowledgement of his work as a visionary designer and innovation originator in the world of fashion.

Here are some of his iconic pieces: 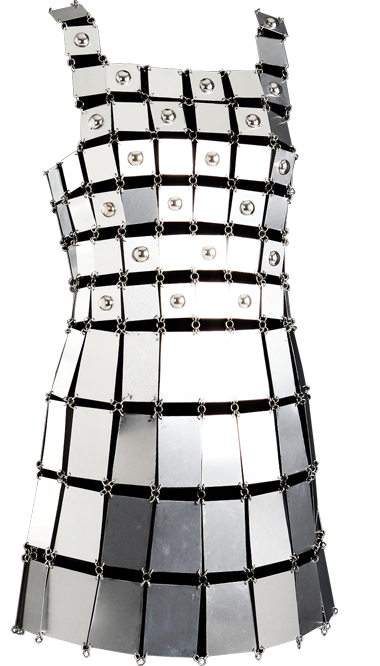 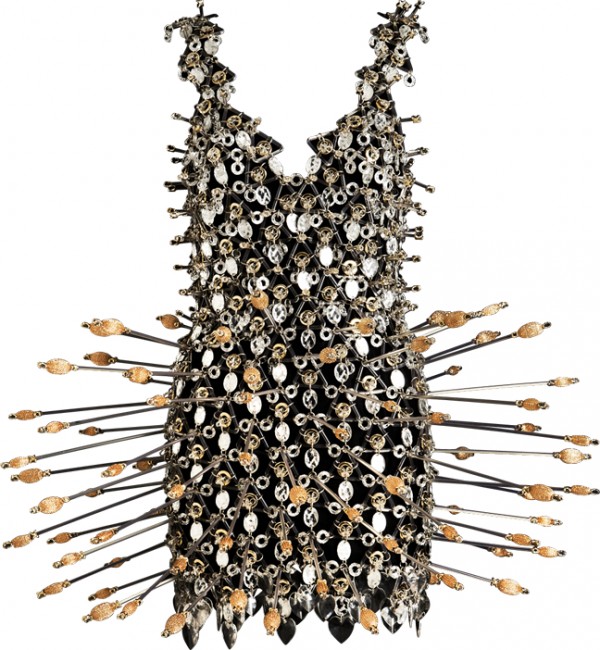 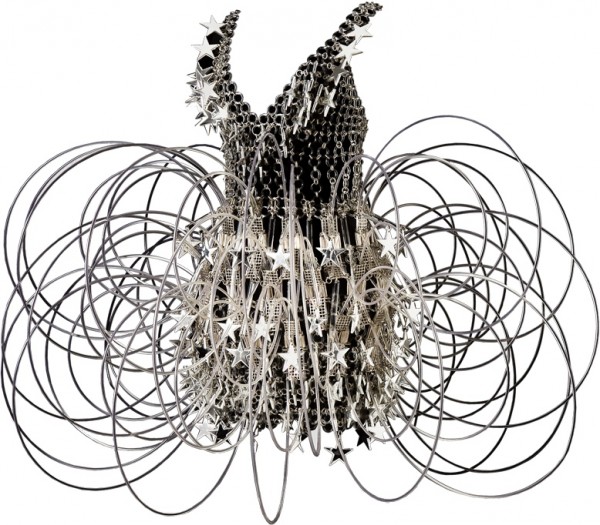 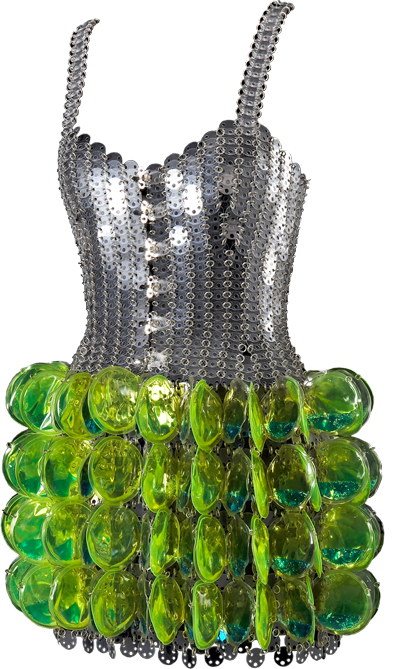 1997 – Dress in transparent rhodoid and water

Given the history of the label, I hope that Paco Rabanne will be back amongst the most renowned avant-garde fashion brands in the very near future.