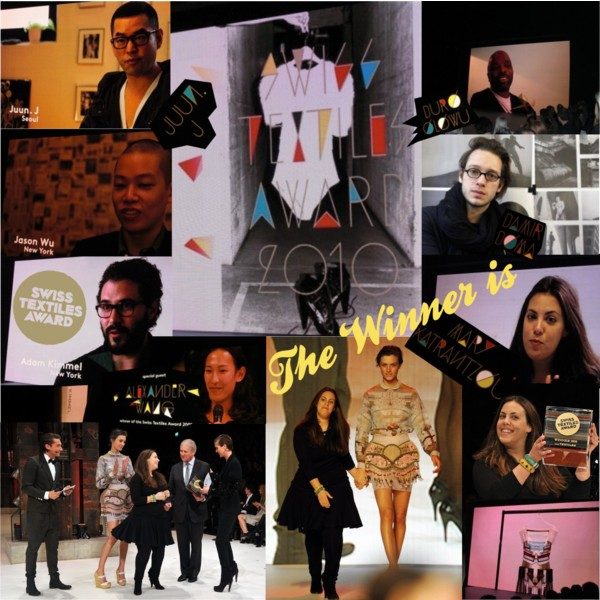 Last night, the 11th Swiss Textiles Award was presented on the occasion of the first Fashion Days Zurich. The highly acclaimed fashion prize is worth € 100.000.- and talented designers like Jason Wu, Duro Olowu, Adam Kimmel, Juun.J, Damir Doma and Mary Katrantzou were fighting for it.
But there can be only one winner! And this year, it went to the only woman in the competition.
I was very happy to meet all of them and talk about their visions and designs. 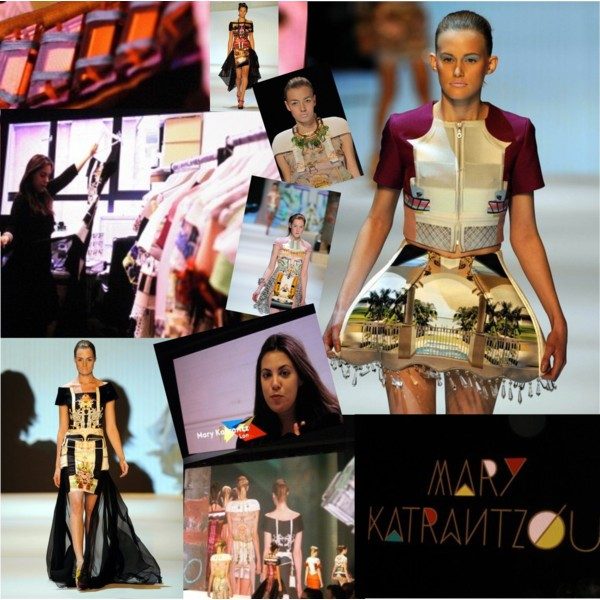 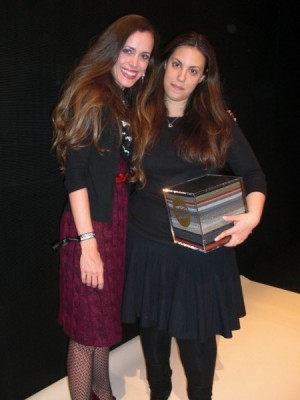 The winner Greek-born and London-based Mary Katrantzou was my guess and also my favourite. So I was very happy for her to receive the trophy.

The 27-year-old is a graduate of the Rhode Island School of Design and Central Saint Martins College of Art and Design in London.

She belongs to a new generation of designers, using digital prints to create extraordinary trompe d’oeil effects. To me, she is creating unique pieces that the fashion world has not seen before, a true innovation! This is her fourth collection. The first was about perfume bottles, the second about artisanal blown glass, the third was inspired by jewels and this time it is all about rooms. Her stunning S/S 2011 interior-inspired collection was already the talk of London Fashion Week

Mary, congratulations, you have absolutely deserved to win. How do you feel at the moment?

Ecstatic! I couldn’t believe it and cried backstage so I think that says it all.

What does the trophy mean to you?

The financial support is amazing at a stage when the business is growing and it’s so important to have that support. I can invest in my company now on a multilevel, taking it to a newer and international level and award the people who have believed in me. It’s a very prestigious prize, it’s a benchmark and a great honour. You just feel you have been acknowledged.

Does your Greek origin influence your designs?

Probably in the concept of the female figure, meaning to design very closely to the body.
Moreover, it is very difficult and time-consuming to place the prints correctly on the clothes in order to flatter the feminine silhouette.

Do you think that your designs are wearable?

Absolutely! I mean the commercial aspect is important, too. I want women to wear my designs instead of hanging them in a museum. You should feel comfortable.
I like to make objects wearable and desirable. It is just my signature look, I don’t want women to feel objectified.

Any hints concerning your next collection for F/W 2011?

It’s a progression of this one, it’s not as thematic and it’s slightly darker. The thing is with my collections,  if I say too much then it will give it away. Like with this collection if I had said ‘rooms’, I would have revealed too much.

It is my first time and I haven’t been able to properly enjoy it as I was so busy with this show. But yesterday we were very hungry and went to the lake where all these old buildings are located. It was really nice and I love Zurich.

What will you do next?

Going home to my boyfriend and I think drinks will be on the list. (Giggles.)

Where are you going to put your trophy?

Top front in my new studio that we are right in the middle of moving in.

That Mary had to beat off stiff competition from fellow designers can you see below. 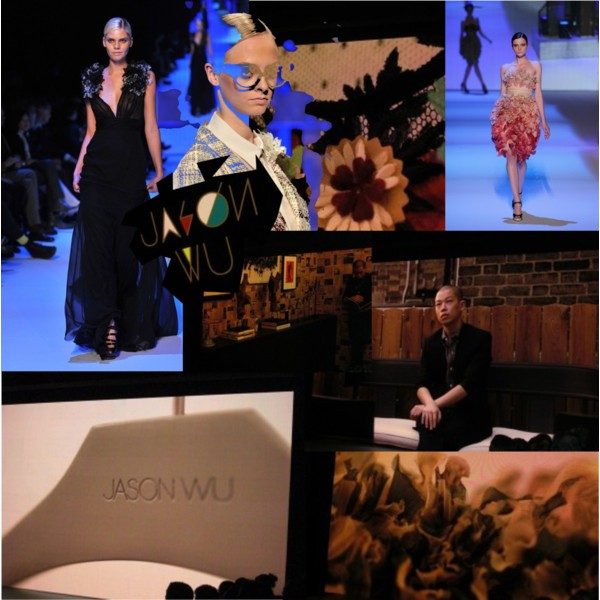 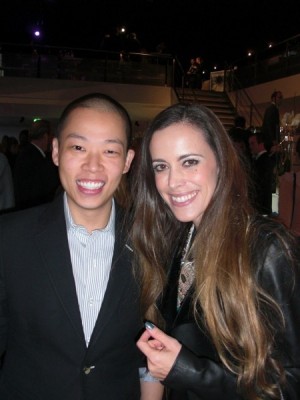 Jason Wu with me

Jason Wu was born in Taipeh and moved when he was a child to Vancouver. He studied to be a sculptor and went to Parsons School of Design. His first collection was launched in 2006.

His career kicked off when Michelle Obama supported the young talent by wearing a custom-designed one-shoulder, floor-length white chiffon gown, at the ball on the night of President Barack Obama’s inauguration. Later, she appeared on the cover of the US-Vogue once again in a Wu design, a magenta silk dress.

Today, Wu works in New York. His eye for details and colours is his strong point.
For S/S 2011 he cut out small petals and created beautiful embellishments.

Jason was very sweet and revealed some interesting facts:

My mum always supported me. She bought me a sewing machine at the age of 10 and paid a fashion student to teach me.
My beloved symbol, the owl, was inspired by my last name Wu because if you say it many times in a row, it sounds like it. 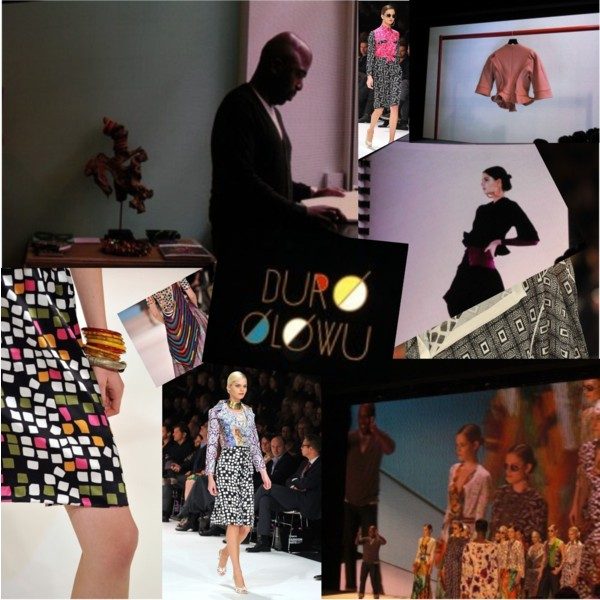 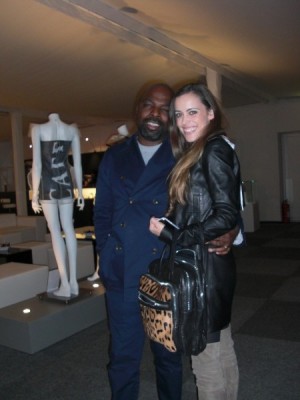 Duro Olowu with me

Born in Lagos and based in London, Duro Olowu went on a quite different career path.  He studied law in England, worked as a lawyer in Nigeria before switching to his first love, fashion. Drawing on the inspirations he found by the unexpected mix of fabrics, textures and draping techniques of the clothing worn by the women of his native land.

He launched his own label in London in October, 2004 which became an instant hit with his use of luxurious fabrics and ecclectic, clashing prints.
Last year, he opened his own boutique in London.

Michelle Obama has supported Duro’s carrer as well, as she has been seen many times in his vibrant styles.

For his S/S 2011 collection, Duro flipped easily back and forth between retro silhouettes and modern bright pop-like references, incorporationg the saturated colours of tribes in Papua New Guinea and the ever present influence of his Nigerian and Jamaican heritage.

I spoke briefly to him and was overwhelmed by his charming positive attitude. His aura reflects the joie de vivre that shows in his collections.

Being proud of his roots, he is a leading example of how you can life your dream and that everything is possible. 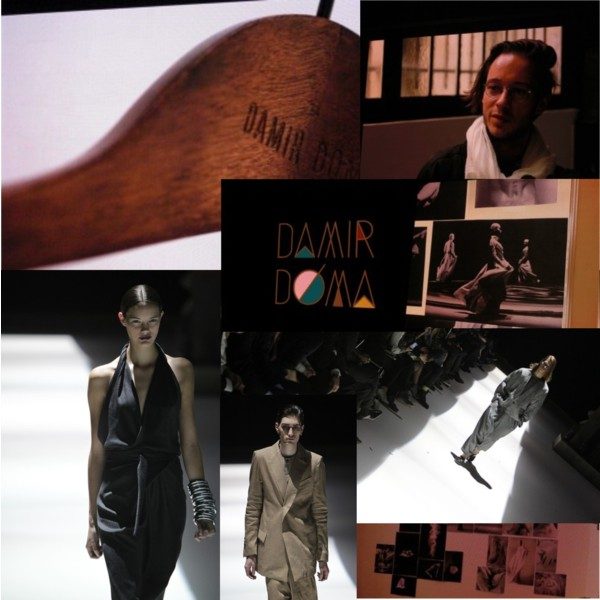 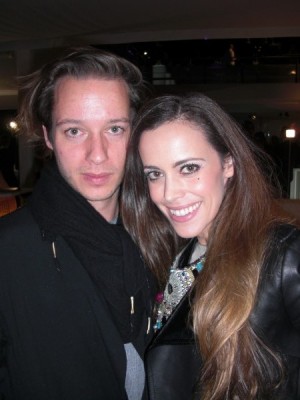 Damir Doma with me

Damir Doma is a modern nomade. His collections are inspired by his own way of living.

In 2006 he started his label with menswear, followed this year by his first collection for women. He is widely considered the most improtant German fashion designer of his generation.

I don’t like the body to adapt to the clothes, it should be vice-versa. I love soft materials and flowing volume. I grew up in my mother’s atelier and was playing with fabric starting in my early childhood. That might be the reason why fabrics play such an important role for me. 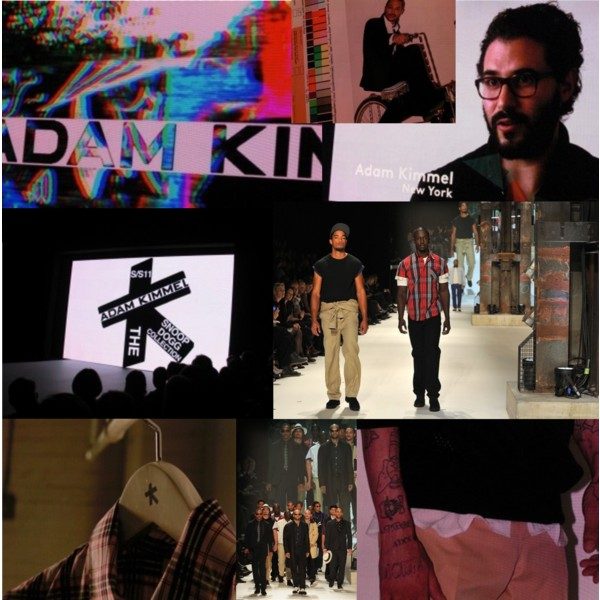 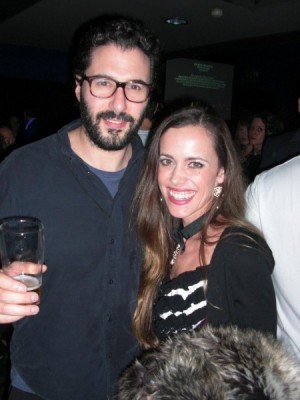 Adam Kimmel with me

Adam Kimmel stands for the American way of life, uniting the worker and the artist. As he states himself; it’s all about giving the industrial style profile by infusing relaxed elegance.

He studied architecture, completed then later an apprenticeship with an Italian samples manufacturer before launching his debut label in 2002.

The New Yorker designer received standing ovations for the presentation of his S/S 2011 collection last night. The usually more quiet Swiss audience cheered from the first moment when the sounds of Snoop Dogg echoed in the hall.

The Snoop looky-likeys paraded down the aisle in a perfect mixture of hip-hop style elements produced in the finest Italian cashmere. I am sure Snoop would love it.

Later at the after party at Moods, Adam told me more:

I saw the Wall Street Journal including something about Snoop Dogg and got immediately inspired to create this collection.

As we could not bring the models to Switzerland, we did a fun street casting in Zurich before to find the best bad boys.

The final show last night was the one of last year’s Swiss Textiles Award 2009 winner Alexander Wang.
Stay tuned as I did a fantastic detailed interview with him which will soon be published here.