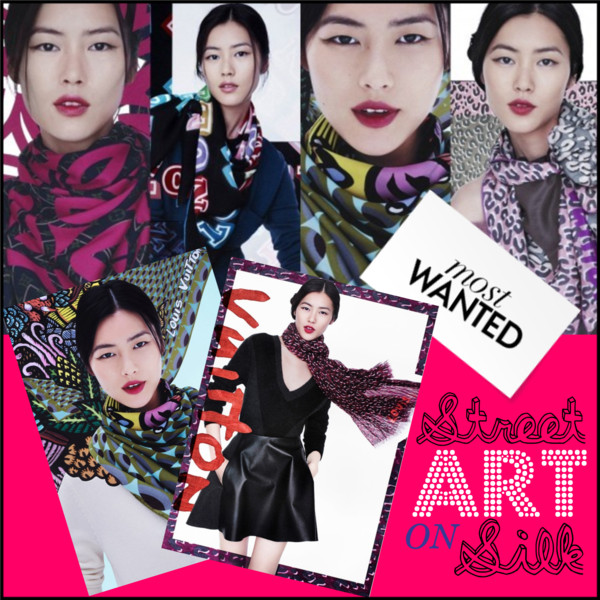 For F/W 2013, Louis Vuitton has invited three new international street artists – Eko Nugroho from Indonesia, EINE from the UK and Franco-Tunisian eL Seed – to bring their vision to bear on its emblematic giant silk square. This latest collaboration continues Louis Vuitton’s world tour of the buzzing street scene, which began last season with AIKO, RETNA and Os Gemeos – themselves following in a tradition of partnerships with contemporary artists, including Stephen Sprouse, Yayoi Kusama, Takashi Murakami and Richard Prince. 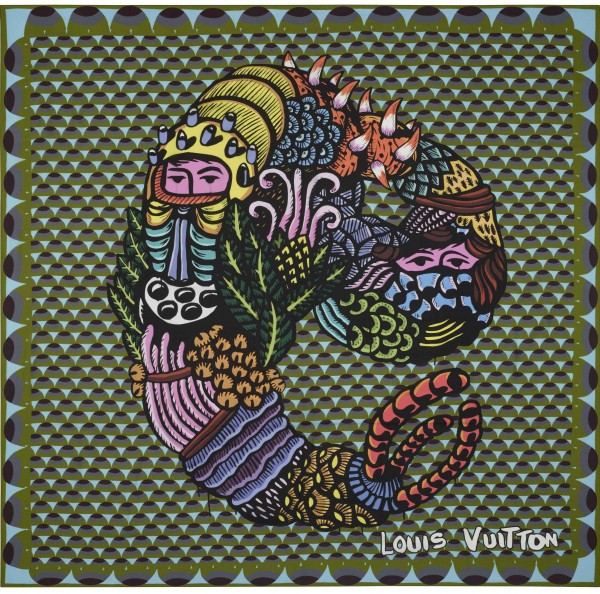 Mixing urban and pop influences with traditional Indonesian motifs, Eko Nugroho’s intriguing design conjures up a mythical beast in deliberately clashing colours, which twists across a geometrical background of scale-like shapes in blue and khaki. 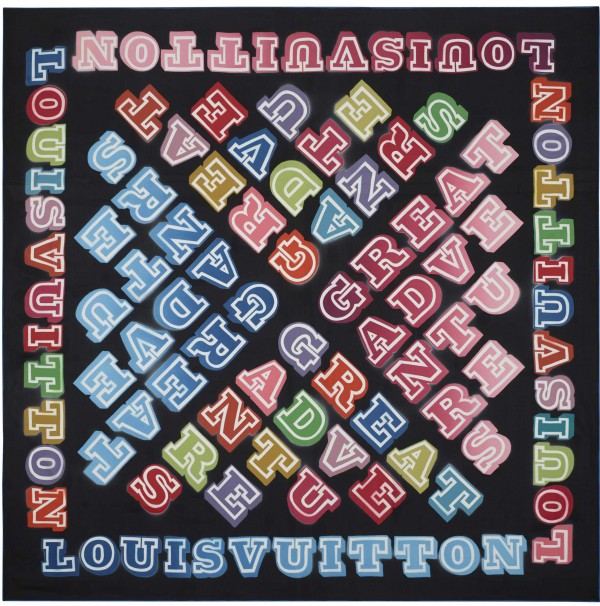 Drawing on Louis Vuitton’s heritage, EINE expresses the excitement of travel in words and colour, printing the phrase “great adventures” in bold block letters and eye-popping shades onto a dramatic black background, and framing the entire design with the Louis Vuitton signature. 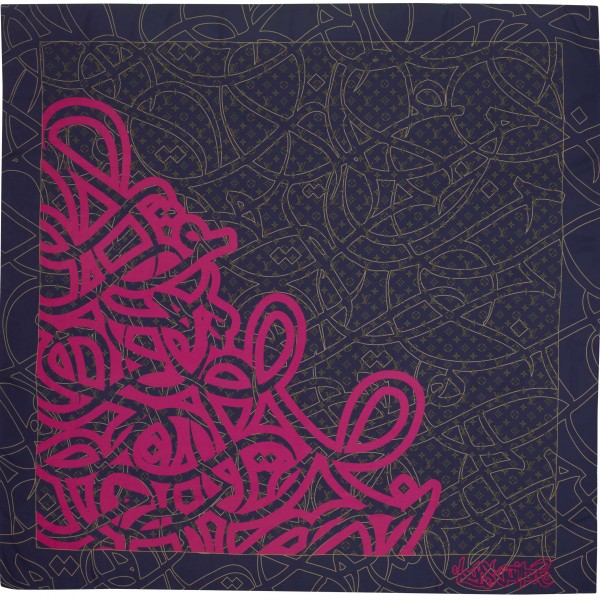 Inspired by Arabic calligraphy, eL Seed imagines the graceful swirls of this ancestral art overlaying the Monogram pattern. One half of the design is printed in fuchsia, while the other is covered with a discreet filigree that reveals, rather than conceals, Louis Vuitton’s iconic motif. 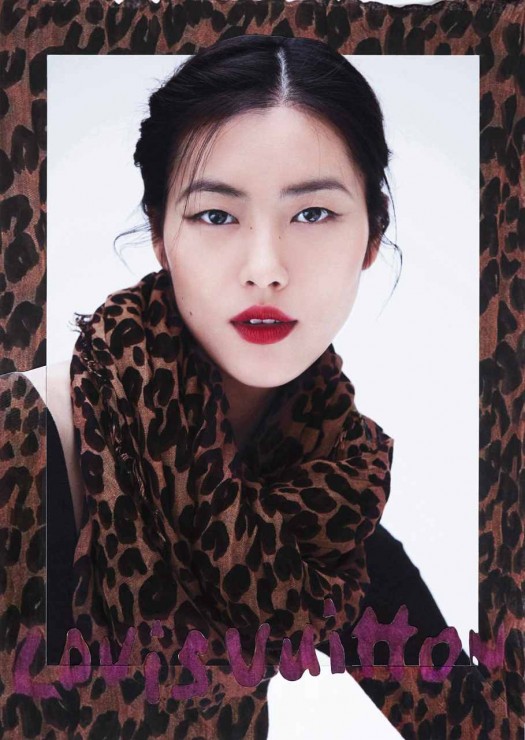 I love the new scarves so much and Stephen Sprouse‘s iconic print is still among my favorites. Which one is yours? 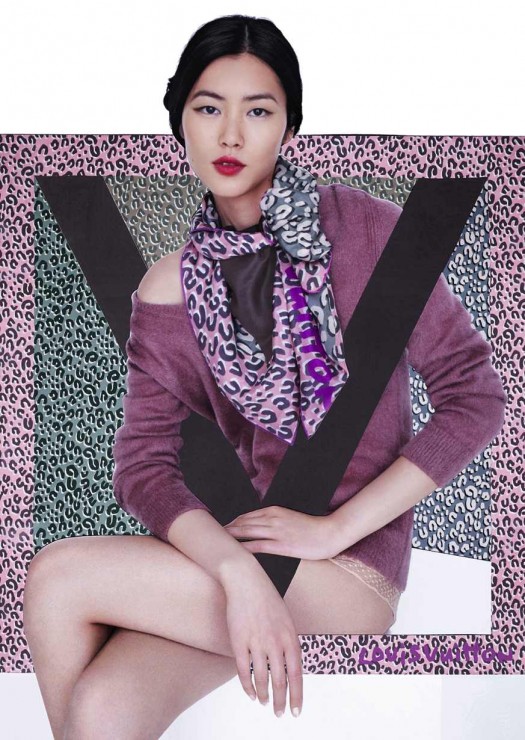