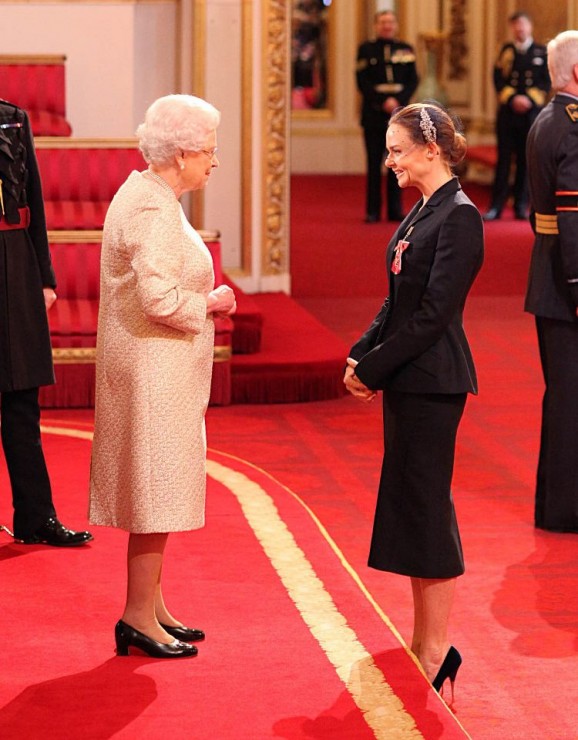 Congrats to my beloved British fashion designer Stella McCartney! She has been awarded an OBE (Order of the British Empire) by HM the Queen at Buckingham Palace yesterday for her services to the fashion industry. Besides her eponymous label that she had founded in 2001, she has been collaborating with Adidas on a sportswear line

Wearing a bespoke, navy blue cinched skirt suit from her own collection and a vintage platinum hairpiece by Cartier, Stella looked gorgeous as she attended the ceremony at Buckingham Palace. Stella McCartney joins fellow designers Dame Vivienne Westwood and Sarah Burton of Alexander McQueen, as well as Jimmy Choo founder Tamara Mellon in being awarded the Order of the British Empire. Well deserved!