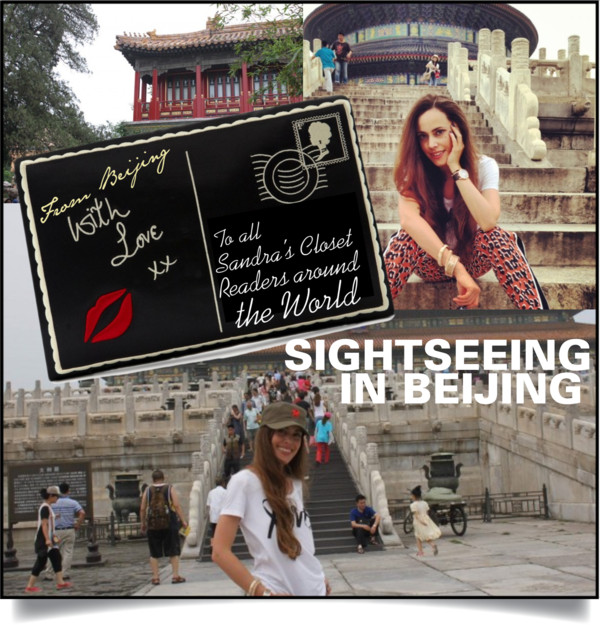 Beijing, the heart of China, is definitely worth a visit. After having been the host city of the 2008 Olympic Games and compared to 1994 when I had been here the last time, it has completely changed. But some things always remain the same and today’s sightseeing tour around the metropole’s most traditional must-sees was proof of that.

My look: We T by Boss Orange (Such a fun initiative, join to find your T-shirts Buddy here), printed pants with side stripe (very similar to Louis Vuitton’s Stephen Sprouse print) by Zara, flats by H&M, bangles by Sal y Limon and sunglasses by Katie Grand ♥ HOGAN. The cap is a souvenir from Beijing. 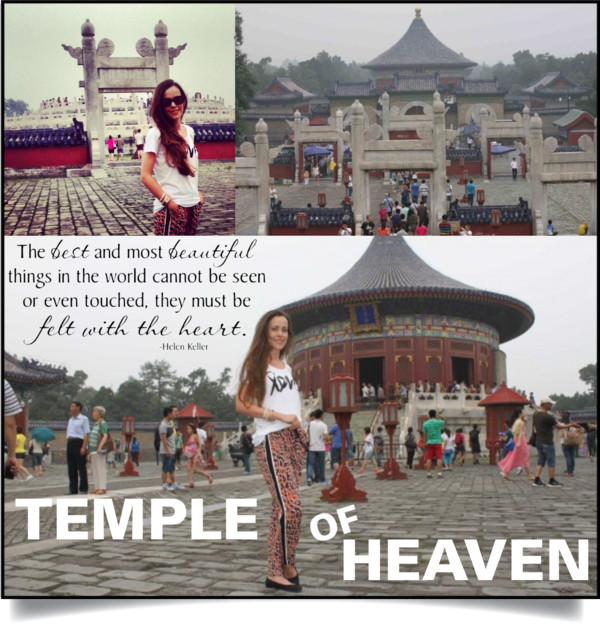 I started my tour with a visit to the famous Temple of Heaven, where the Emperors paid homage to the glory of heaven, is the largest group of structures in the country dedicated to rituals. Therefore its name is a little misleading because it is definitely more than just a temple, it is a huge park as well. Many local people have yearly tickets to access the area and they enjoy outdoor activities such as dancing or playing games, especially like today on a Sunday morning. 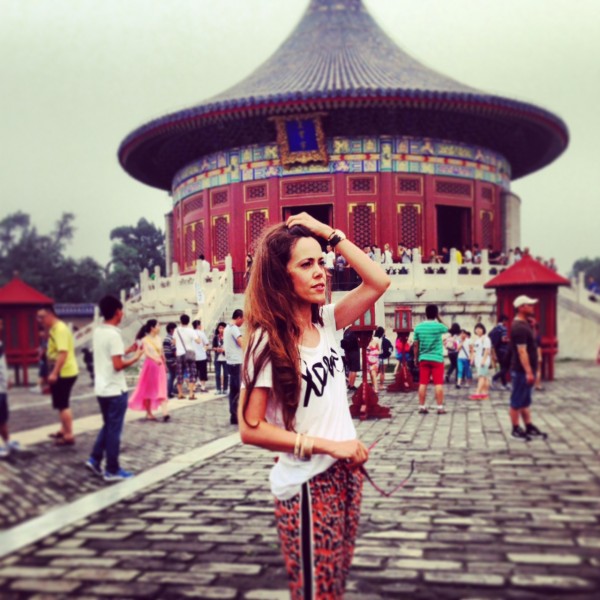 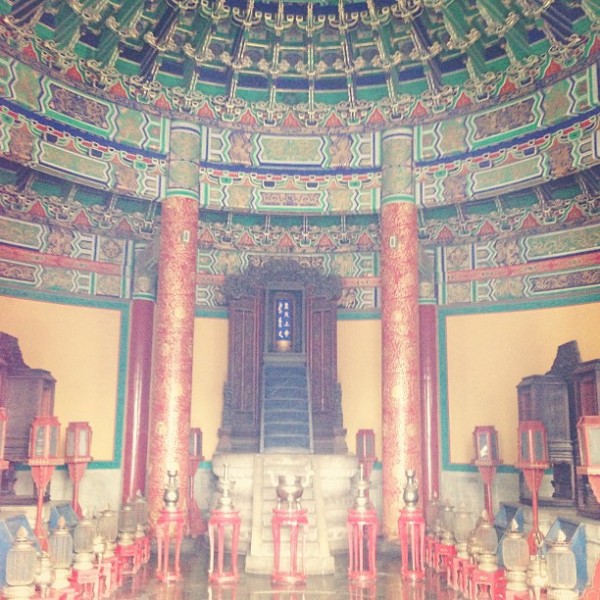 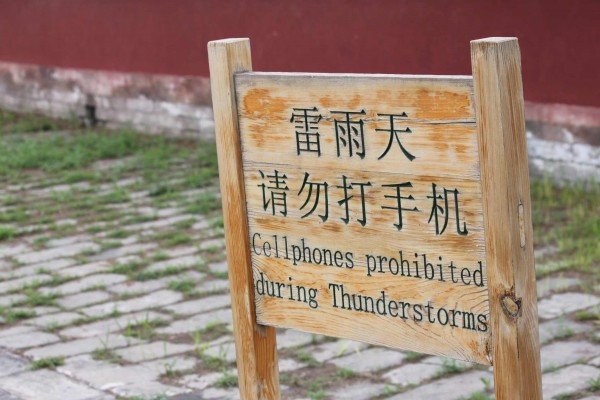 This sign freaked me out a little. Do you remember exactly when I survived the hail storm in Wyoming exactly one year ago? I am still a little traumatized… 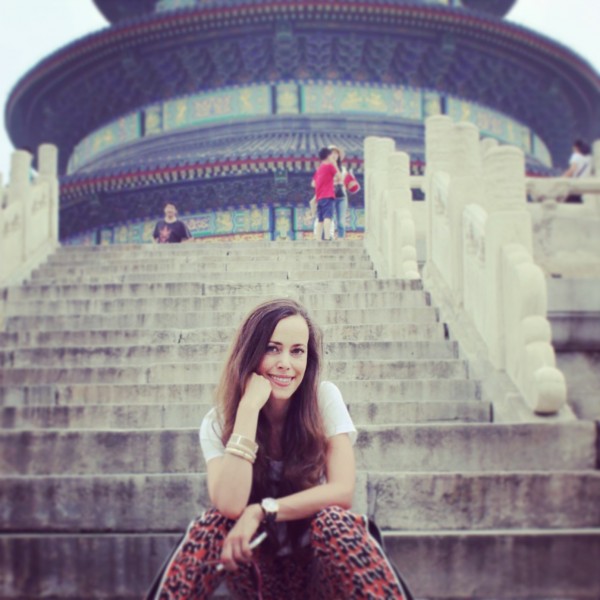 A Chinese lunch with an interesting view… 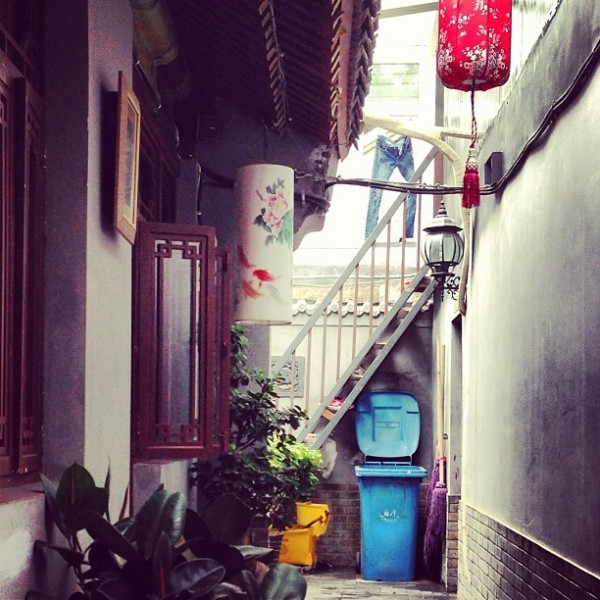 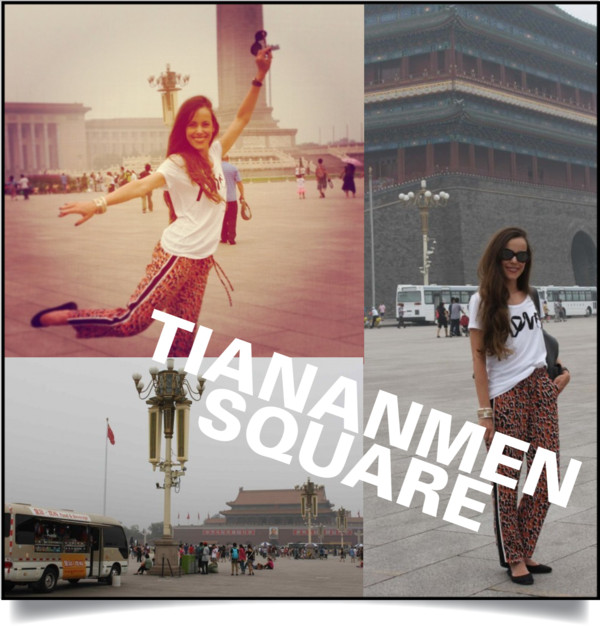 The very impressive and respectful Tiananmen Square is the largest central city square in the world. This immense courtyard is surrounded by a variety of significant edifices such as the Tiananmen Tower, Great Hall of the People, Mao Zedong Memorial Hall, Monument to the People’s Heroes and National Museum. For security reason, Tiananmen Square is fenced and you have to pass a security check before entering. 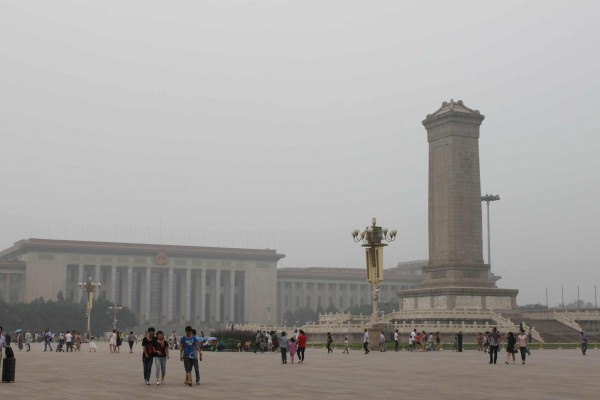 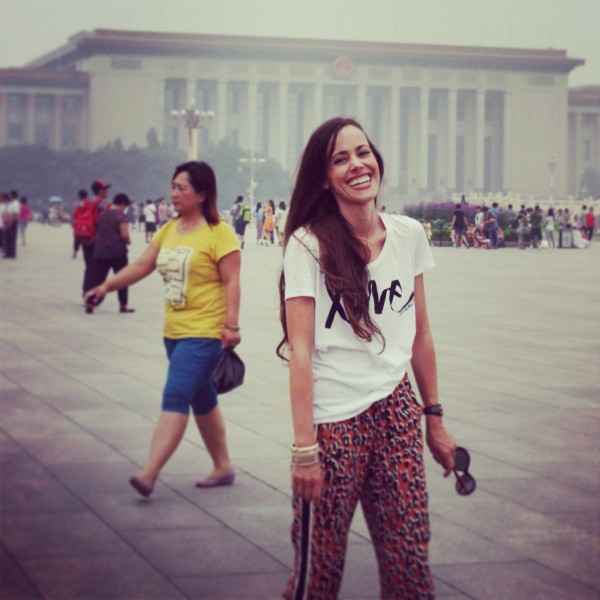 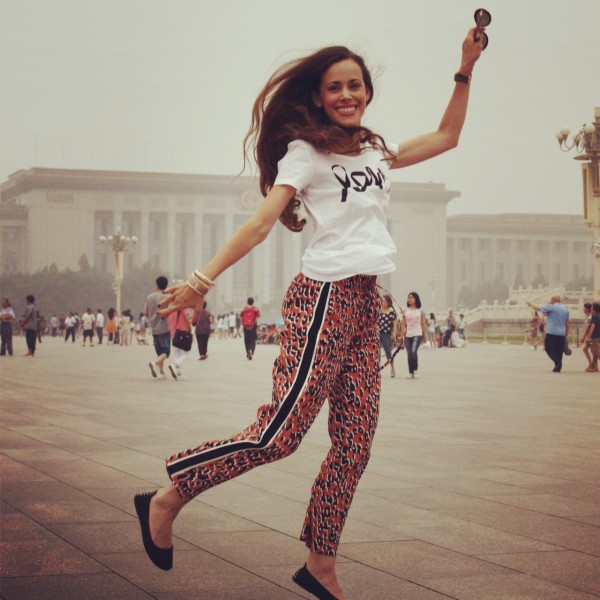 The magnificent Forbidden City is the largest and the best-preserved imperial palace complex in the world. For five centuries, this palace functioned as the administrative center of the country. Such an impressive treasure to visit. 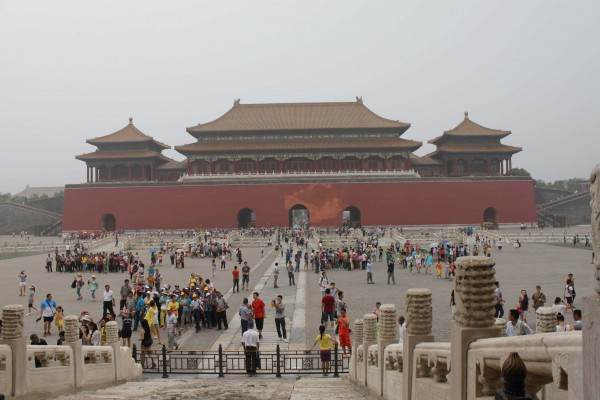 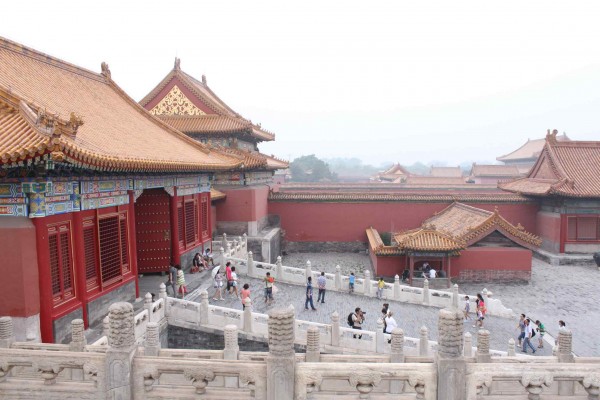 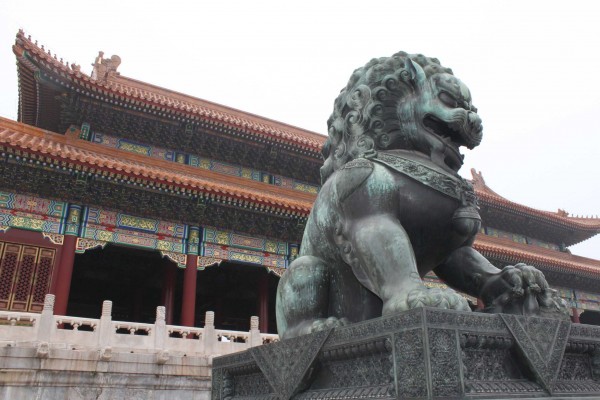 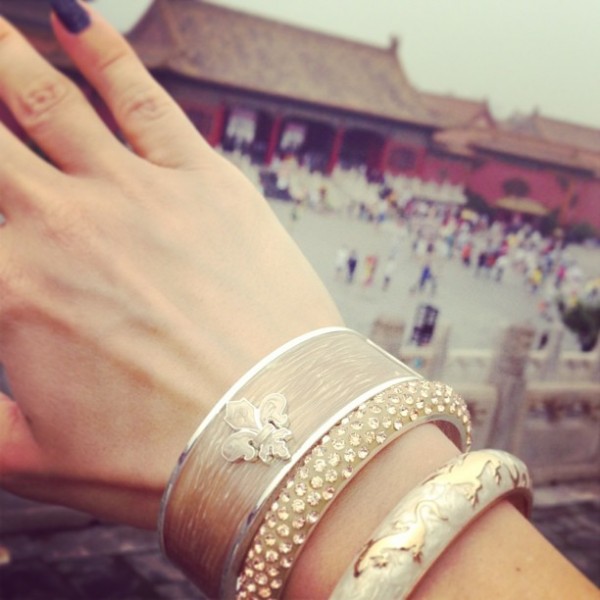 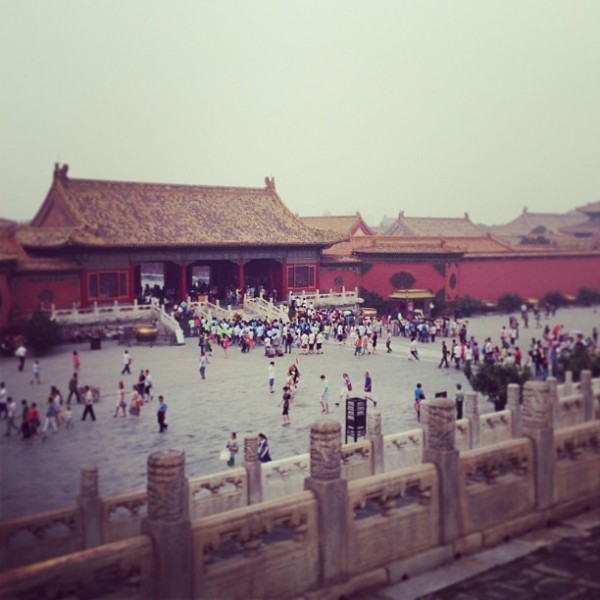 I had a day filled with amazing impressions. As you see in the pictures, the smog is pretty bad but it also keeps the sun away which might not be the worst. The humidity is high and you really have to get used to the oppressive weather. Next stop, the Great Wall!