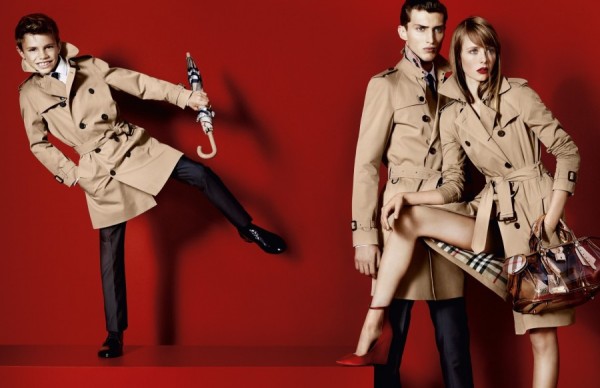 Following in his famous parents’ fashionable footsteps, Romeo Beckham is the leading star of Burberry’s S/S 2013 ad campaign, shot by a friend of the family, Mario Testino. According to the MailOnline, the 10-year-old was on the campaign set without mum Victoria or dad David, and was accompanied by his nanny and security guards. 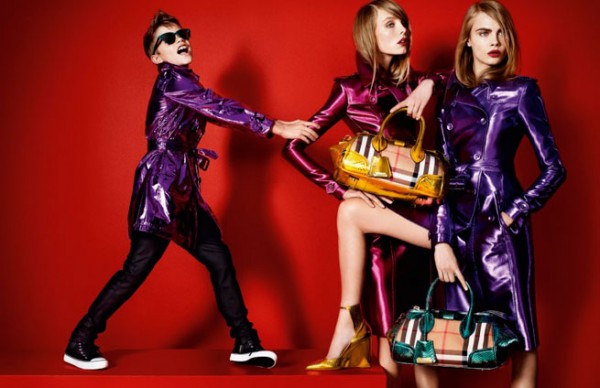 Burberry’s S/S 2013 collection is a bright and playful collection and along Romeo, there are some more beautiful faces starring in the new campaign: Cara Delevingne, Max Rendell, Charlotte Wiggins, Alex Dunstan, plus Charlie France and  Edie Campbell, who appear in the first campaign image, alongside the celebrity offspring, with all three of them wearing the British House’s iconic beige trench coats with check print lining. 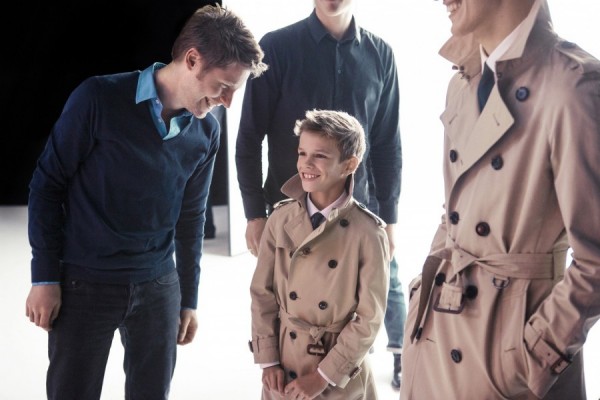 “This season’s campaign lights up with the infectious energy of an amazing young cast of old and new Burberry family. Cara, Edie, Charlie and Alex are joined by Max and Romeo, who was a joy to work with and really stole the show. We had such fun shooting the campaign and I think that comes through in the images which really reflect the upbeat spirit of the collection.”
Burberry Chief Creative Officer, Christopher Bailey