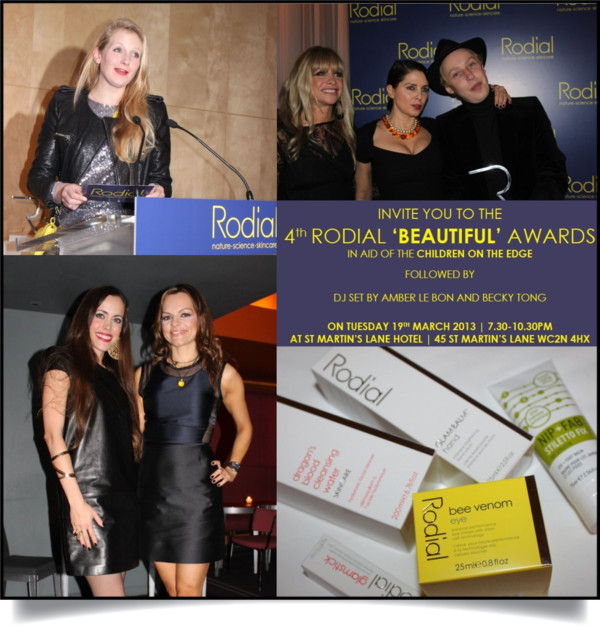 Two weeks ago, I flew to London to attend the 4th annual Rodial Beautiful Awards held at the trendy St. Martin’s Lane hotel. I was invited by Marionnaud which carry the brand exclusively in Switzerland.

It was such a star-studded night. On the red carpet arrived some fab celebrities including Sadie Frost, Savannah Miller, Amber Le Bon and Melissa Odabash, all of which are embodying the awards’ philosophy in perfection to celebrate women of beauty, style and elegance.

Rodial had put together a truly impressive judging panel, including Mary Katrantzou, Stephen Webster and Jade Jagger. Among the winners were Rita Ora for “Most Edgy Look” and Camilla Babbington for “Freshest Face”.

Me with the lovely Isolde Burtscher (Marionnaud Switzerland)

On display was the latest Rodial launch BEE VENOM that will hit the shelves later this spring in Switzerland. I was lucky to test it already and can only recommend this new anti-aging range.
A donation will be made from its proceeds to Children on the Edge, a charity dedicated to children in need. 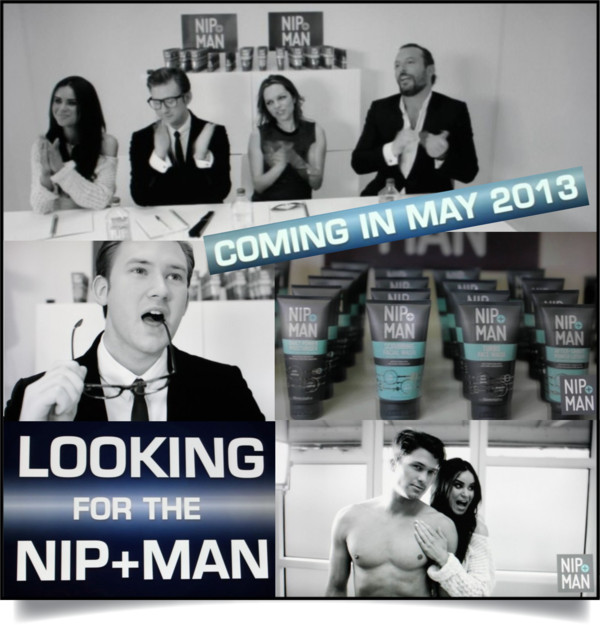 Top Secret! The new must-have range exclusive to men has been revealed during the event with a hilarious video showing the team looking for the perfect Nip+Man! It is said to provide targeted solutions to everyday skin and body concerns, such as tired skin, sore muscles, or abs in need of a lift! Hitting the stores in May 2013. 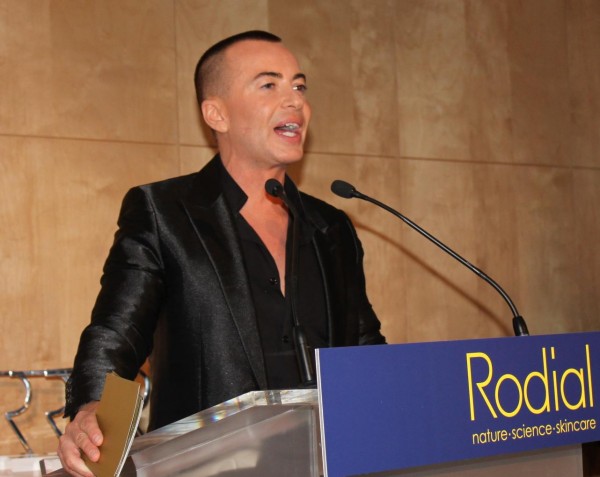 Fashion designer Julien Macdonald was the host and the birthday boy of the night. He did such a fabulous job, being very funny and entertaining. Later, we were all toasting to him with the yummy gin-litchi cocktails served at the event… 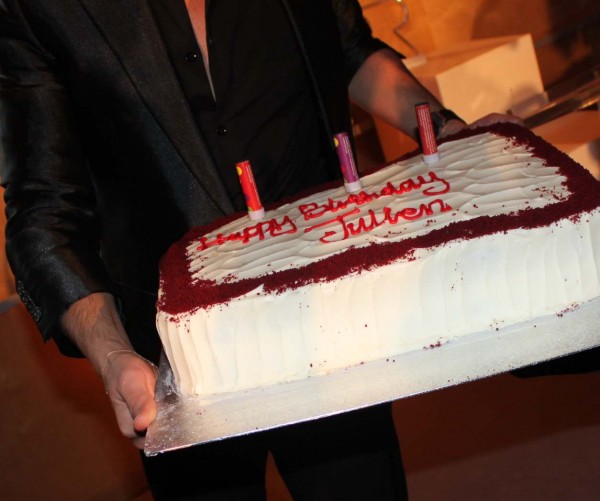 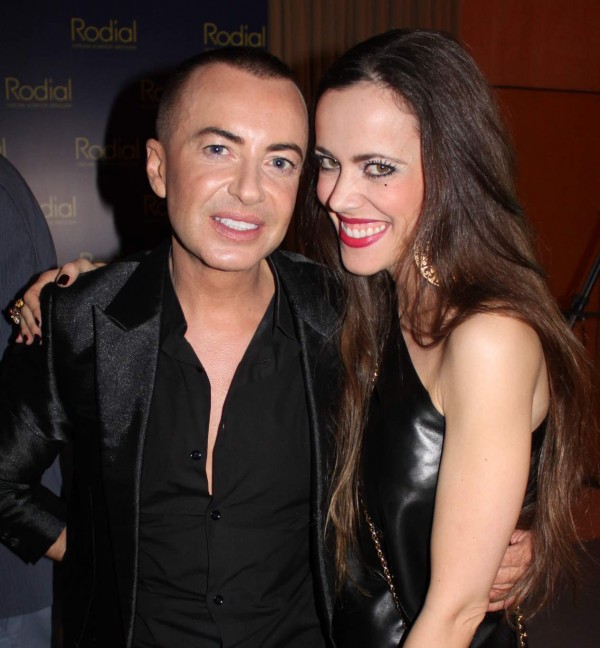 Let me share with you some impressions of the awards ceremony: 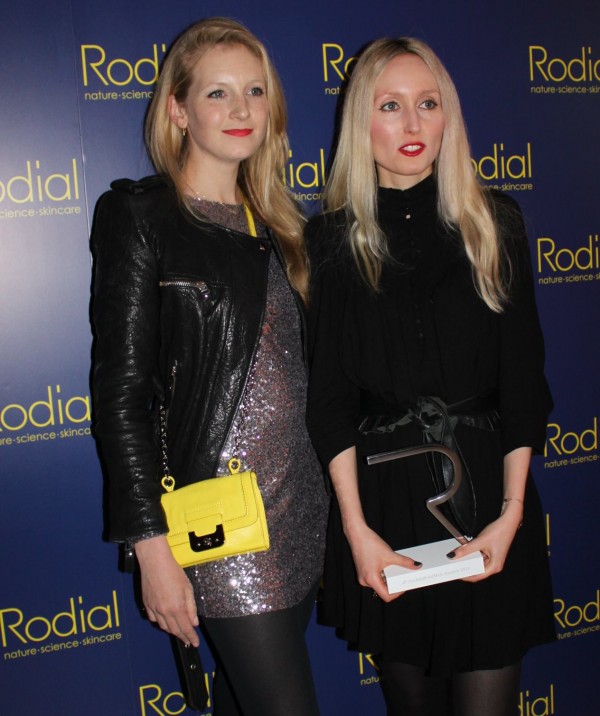 Maria Hatzistefanis, founder of Rodial, with the winner in the category “Best Make-up Artist” Lisa Eldridge to her left. 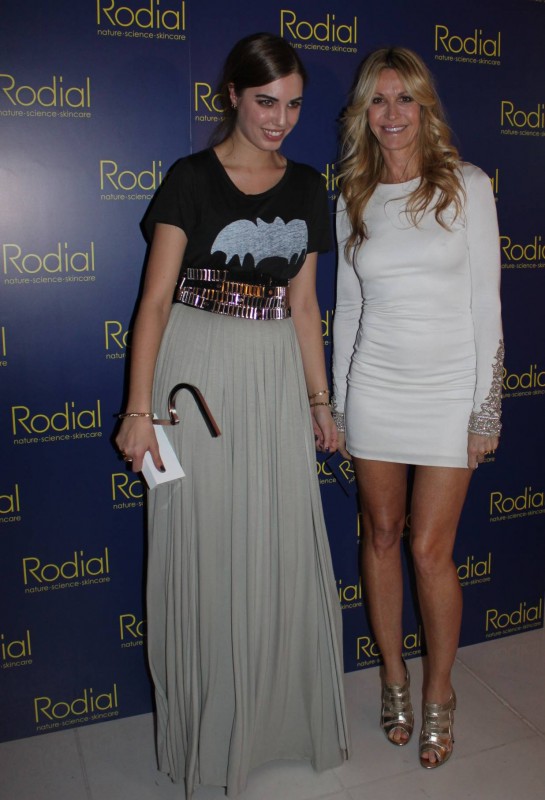 Swimwear designer and former model Melissa Odabash to the right with Amber Le Bon, daughter of Duran Duran lead singer Simon Le Bon and Yasmin Le Bon, who accepted the award in the category “Classic Glamour” for her mum. 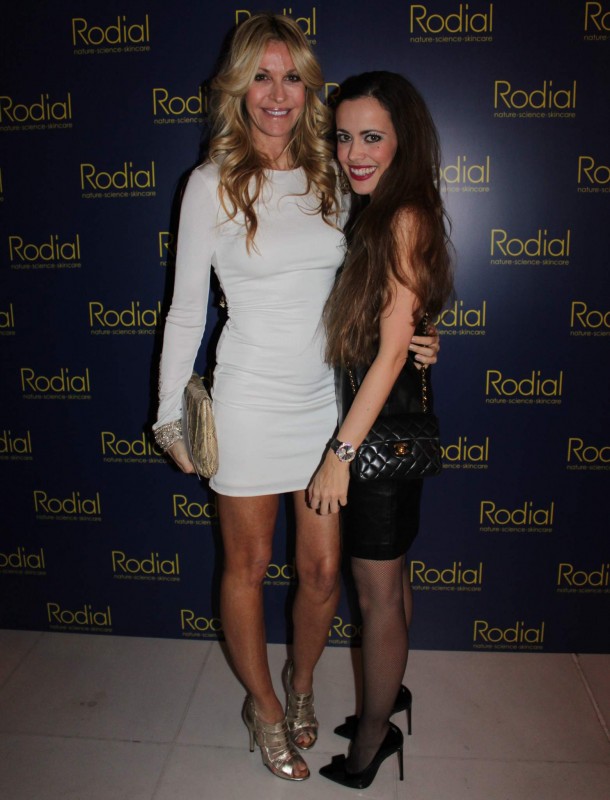 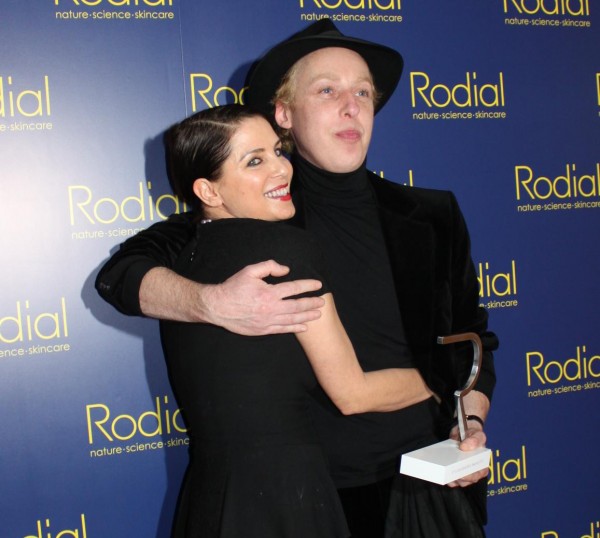 Two who like each other: Sadie Frost and hairdressing royalty James Brown, who both honoured Kate Moss with the “Special Rodial Beautiful Award”. 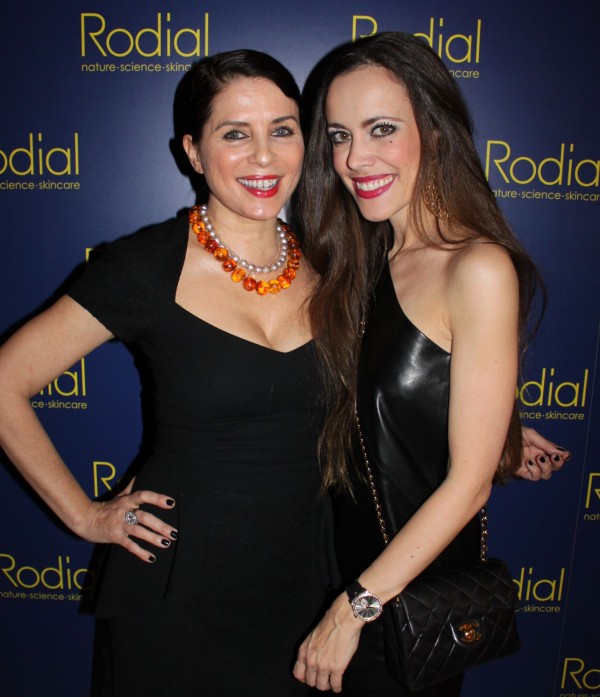 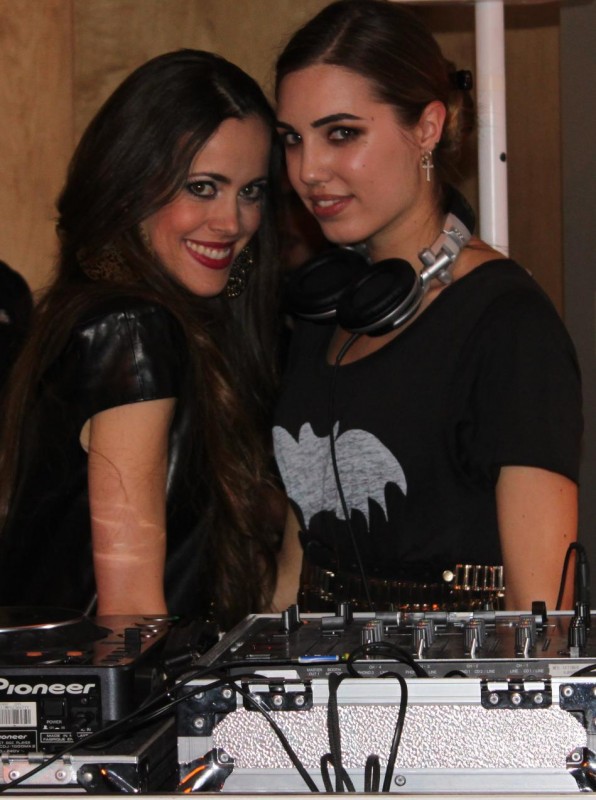 The amazing evening ended in true style with a DJ set from the cute Amber le Bon. I had so much fun and after having met the wonderful Rodial team, I am even more in love with the brand! Stay tuned for the outfit post coming up soon…