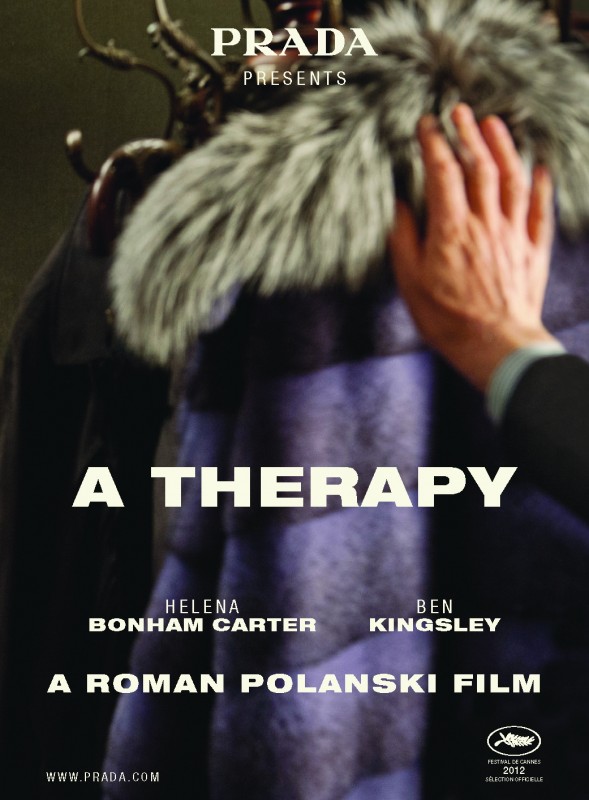 On Monday, this short movie has been shown within the 2012 Cannes International Film Festival Official Selection – Classics Section, in the presence of Roman Polanski, Nastassja Kinski and Festival Director Thierry Fremont. The surprise screening was an idea by Polanski and Fremont themselves. ‘A Therapy’ was shown before the scheduled projection of the restored movie ‘Tess’.

Roman Polanski explains: “A game, a thought, that through friendship and mutual respect has become true. When I was asked to shoot a short movie for Prada, I did not think that I could really be myself, but the reality is that in the total freedom I was given, I had the opportunity to reunite my favorite group of people on set and just have fun. The chance to dwell on what the fashion world represents nowadays and the fact that it is accompanied by so many stereotypes is fascinating and at the same time a bit upsetting, but you definitely can not ignore it. It’s very refreshing to know that there are still places open to irony and wit and, for sure, Prada is one of them.”

Enjoy this short movie of three minutes starring Helena Bonham Carter, who plays a lady chattering on her society-woman problems, while an increasingly distracted Ben Kingsley begins paying attention instead to her Prada fur coat that’s hanging on a coat rack. Now, we know retail therapy IS the answer!