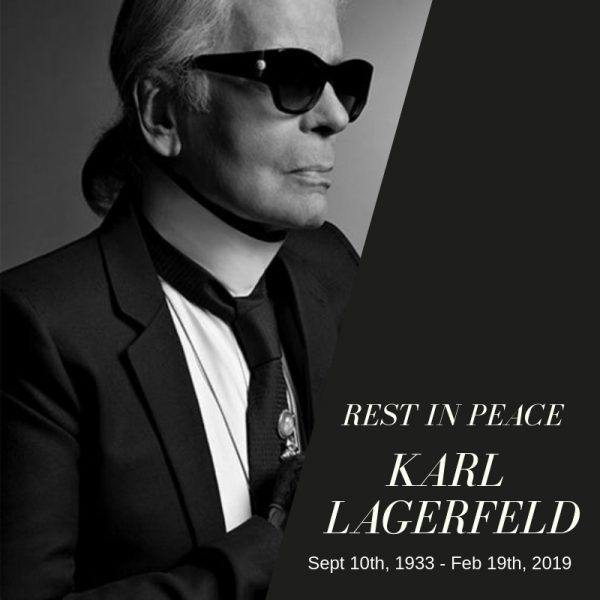 Today is a very sad day for the world of fashion and also for myself. Karl Lagerfeld died in Paris at the age of 85. When I heard the news a few hours ago, I literally cried my eyes out.

«Trendy is the last stage before tacky.» – Karl Lagerfeld

For me Lagerfeld was a genius, without him the world of fashion would not be the same. He created collections simultaneously for CHANEL and FENDI (since 1965!), in addition to his signature label, at a pace without rival in the luxury industry. When I started looking at fashion magazines in the middle of the ’80s, he had just begun designing for CHANEL. Before that he had worked at BALMAIN, JEAN PATOU and CHLOÉ where he became successful with his feminine flowing party dresses, the latter he returned to once more in the ’90s before handing the reigns to Stella McCartney. 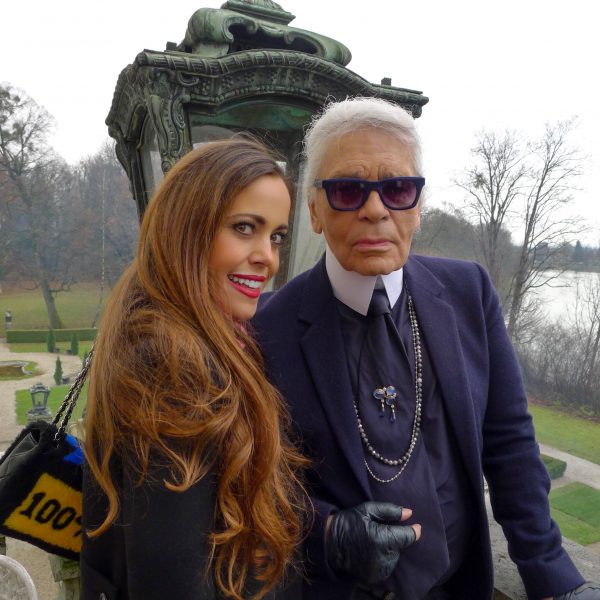 With Karl Lagerfeld in December 2014 in Salzburg.

When I turned 18, I wished for nothing else than a CHANEL costume. Whenever I met him or interviewed him, he impressed me by his intelligence, wittiness (I attached some of my favorite quotes in this post) and his way of working, which actually was very German. Just get the job done!

I asked him once how he seeks inspiration, he looked at me and said: «Forget inspiration, you sit down every day at your desk and work, half of the outcome is for the trash bin but the other half will work.» Another time, I wanted to know when he goes on holidays and he answered: «Holidays are only for employees.»

«If you are cheap. Nothing helps.» – Karl Lagerfeld 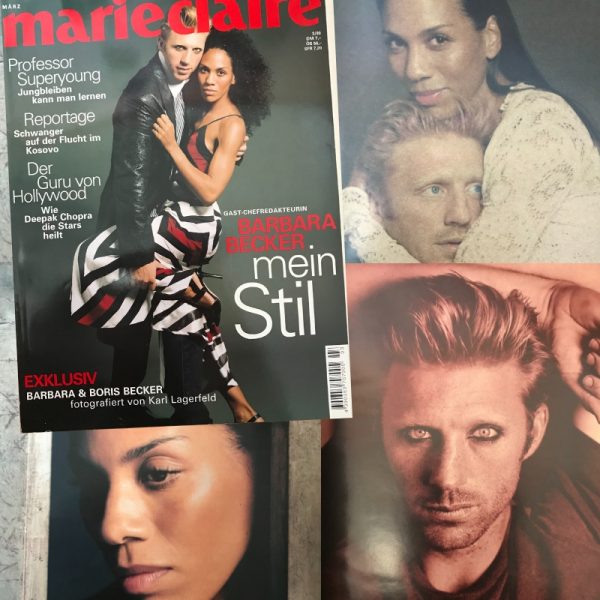 A shoot we did during my time at Marie Claire magazine with Barbara and Boris Becker photographed by Karl Lagerfeld, March 1999.

But my favorite story happened almost 20 years ago when I started my first job at Marie Claire magazine in Germany. My fashion director Florentine Pabst at that time was very close to Karl (and by the way also Jim Morrison‘s last girlfriend) It was probably my first week at the office and she explained to me that during her meeting her phone calls would be transferred to my phone. And most importantly if Karl called, I should let him know, that she will get back to him. I said: «Karl, who? The Karl?!» She smiled and replied: «Of course.»

I didn’t leave my desk waiting eagerly for him to call. When he did, I gave him the message. The conversation was probably not longer than 30 seconds but I sat down at my desk with the biggest smile. My boss came back and asked me what happened. I grinned and said: «I am the happiest girl in the world. I just spoke to Karl Lagerfeld.» She laughed.

After half an hour, my phone rang again. It was my fashion director telling me somebody wanted to talk to me. It was no other than Karl Lagerfeld telling me: «I heard you enjoyed talking to me so much, so I thought I give you another call.» And this is how my love story started… 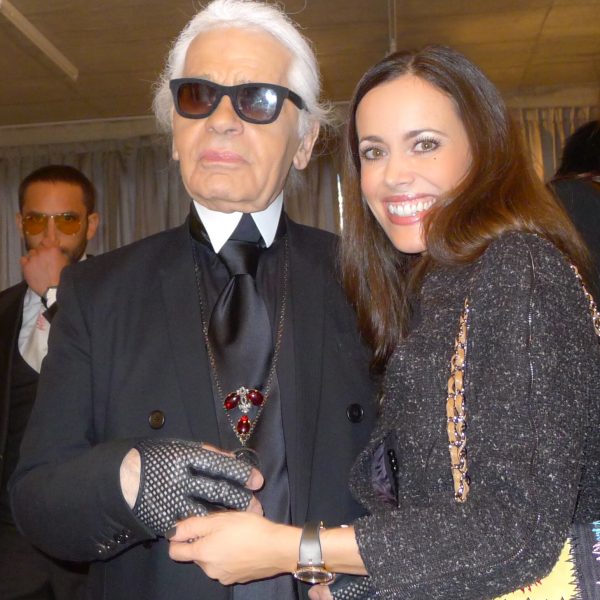 Another epic moment with Karl Lagerfeld in St Moritz in February 2013 at the opening of Fire Etchings at Galerie Gmurzynska.

«I think tattoos are horrible – it’s like living in a Pucci dress full-time.» – Karl Lagerfeld

There is so much you could talk when you think of Karl Lagerfeld. He discovered Claudia Schiffer, was such a talented photographer himself and his ultimate success with CHANEL made the house one of the most important and prolific today. Thanks to Lagerfeld, the company also acquired many specialized French craft ateliers, like Lesage for embroidery, Lemarié for feathers and artificial flowers, Maison Michel for millinery, and Causse for glove making. This craftsmanship  was celebrated with lavish Métiers d’Art fashion shows as Paris – Bombay or Paris – Salzburg for example. The famous cruise collections took place in far destinations such as Dubai or Havana, Cuba, showing Lagerfeld’s way to making CHANEL even more prominent and desirable around the world. 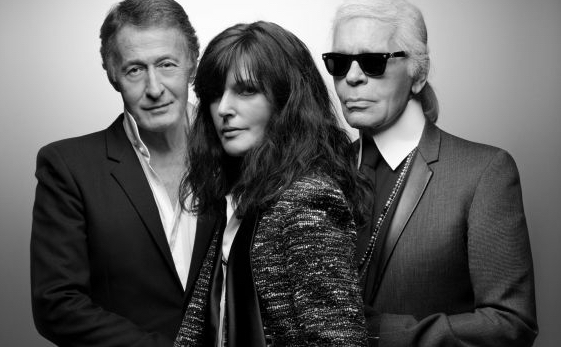 This January, Lagerfeld didn’t come to his Haute Couture presentation in Paris which was already a sign that the designer was not feeling well. Instead of him, Virginie Viard, the creative studio director, took the applause. It is more than likely that she will succeed Lagerfeld as CHANEL’s designer, supported by Eric Pfrunder, the house’s director of image.

«I am very much down to earth, just not this earth.» – Karl Lagerfeld

I could go on and on and will surely share with you more about my most magical moments I had with him. Rest in Peace Karl Lagerfeld –  your legend will live on, and not only in my closet!