I have just heard the terrible news that Amy Winehouse has been found dead at her home in London this afternoon by emergency services. Her death is being treated as „unexplained“ by police but an overdose is considered the most likely cause, although a full autopsy will have to be performed. Winehouse has had a troubled life which has included various stints in rehab for drug and alcohol addiction.

We will miss her fantastic voice and her eclectic style of her golden days. Inspired by the chic of the `60s, Amy’s enormous beehive hairdo even inspired Karl Lagerfeld to send his models down the catwalk sporting the same hairstyle for his Chanel show three years ago. 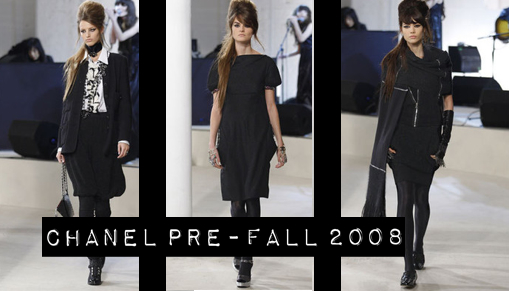 “She is a beautiful, gifted artist. And I very much like her hairdo. I took it as an inspiration. Because, in fact, it was also Brigitte Bardot’s hairdo in the late Fifties and Sixties. And now Amy has made it her own style. So, when I saw her, I knew it was the right moment. Amy… she is the new Brigitte.”

She was 27. Coincidentally, Kurt Cobain, Jim Morrison and Jimi Hendrix were all also 27 when they died. It is so sad to see such a talented person throwing all her gifts away.
The devil in Miss Winehouse has won. R.I.P!