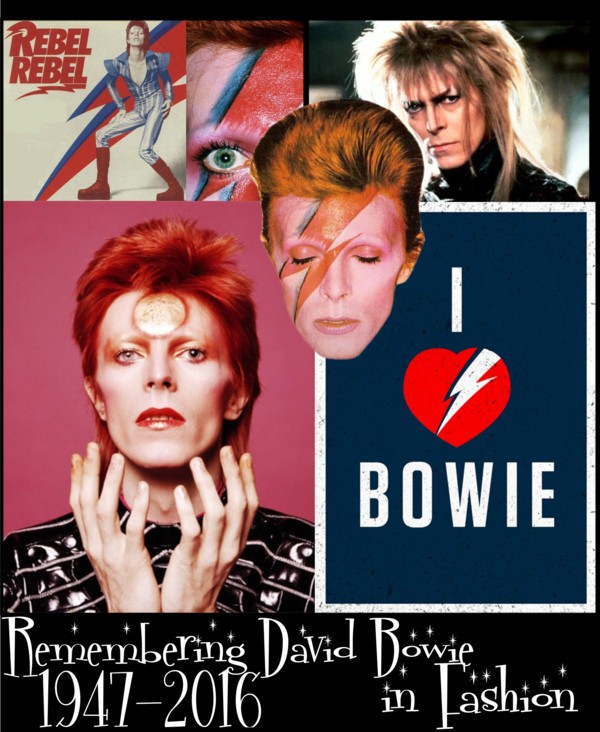 One week ago, David Bowie died at age 69, just two days after his birthday. As tributes flood the media, the fashion world mourns the star who had the power to express himself through versatile ways of dressing, hairstyles, makeup, and performance. His shape-shifting styles inspired generations of teenagers and adults, especially in the ’70s and ’80s. He was the one who first empowered gender-bending androgyny and was a huge inspiration for the world of music and fashion. In 2013, the V&A Museum opened the “David Bowie Is” exhibition with great success, which toured the world.

Enjoy this little tribute and see some looks inspired from his quirky and amazing style: 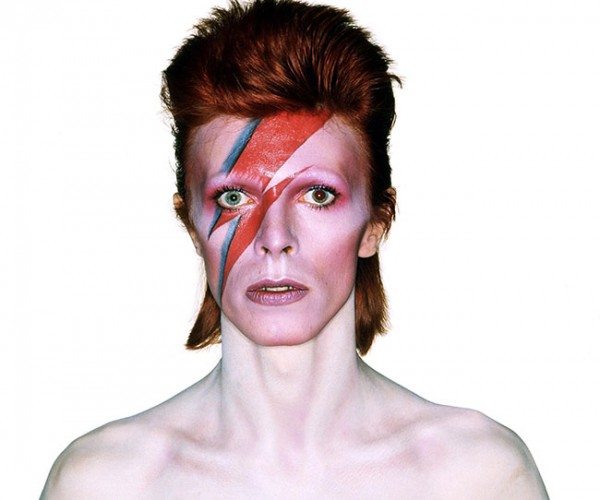 US Vogue reports: «The Ziggy red mullet that launched a million imitators was inspired by a fashion shoot on the cover of Honey magazine of a model wearing Kansai Yamamoto. Bowie went around to his mother’s hairdresser, Suzy Fussey, who worked in a salon on Beckenham High Street, to do the cut and color. He was wearing it the day he walked into Brian Duffy’s studio to shoot the cover of the Aladdin Sane album in 1973. Celia Philo (Phoebe Philo’s mother), who was art directing, remembers the spontaneous moment when Bowie conspired with his favorite makeup artist, Pierre La Roche, to paint on the lightning flash.» 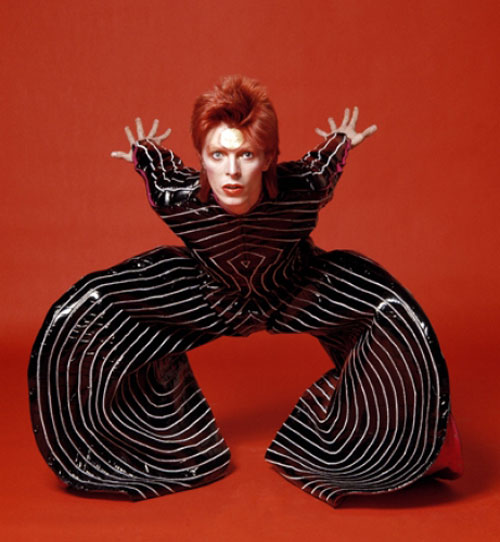 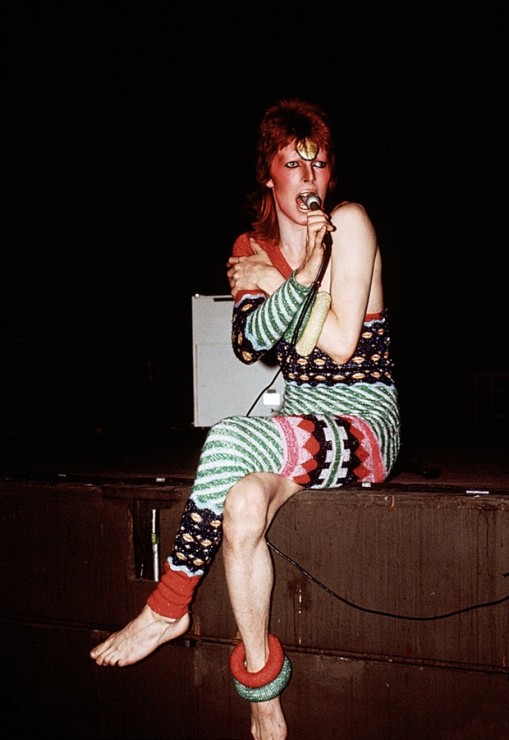 And here is how the fashion world got inspired by the musical genius in many ways: 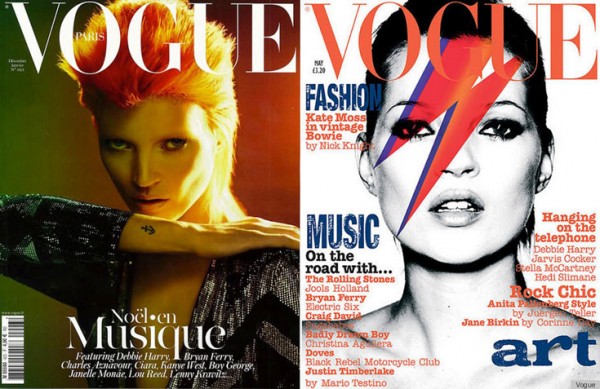 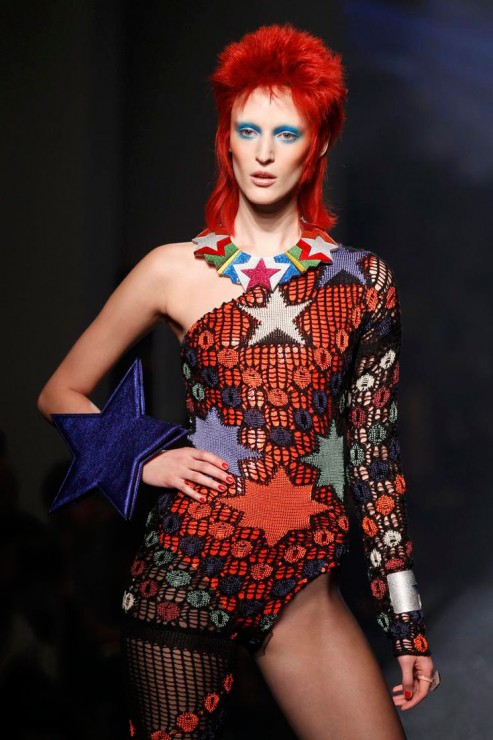 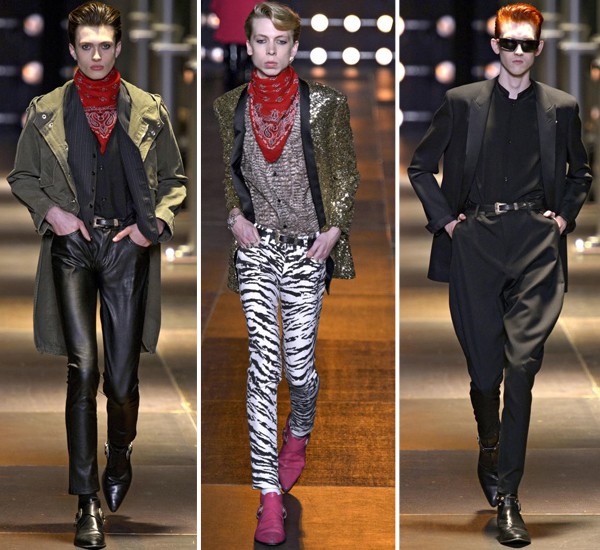 Hedi Slimane said once to AnOther magazine: «I was literally born with a David Bowie album in my hand.» Here some looks inspired by David Bowie from his men’s S/S 2014 collection. 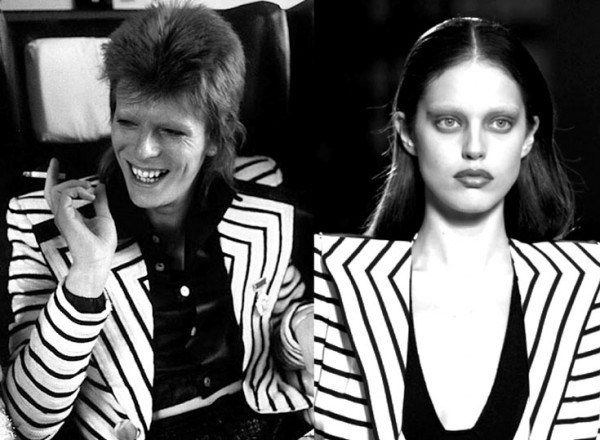 To the right, you can see one of the geometrically striped black and white outfits from Givenchy‘s S/S 2010 collection. It looked like a rendition of the one Bowie wore in 1973 during his Aladdin Sane phase. 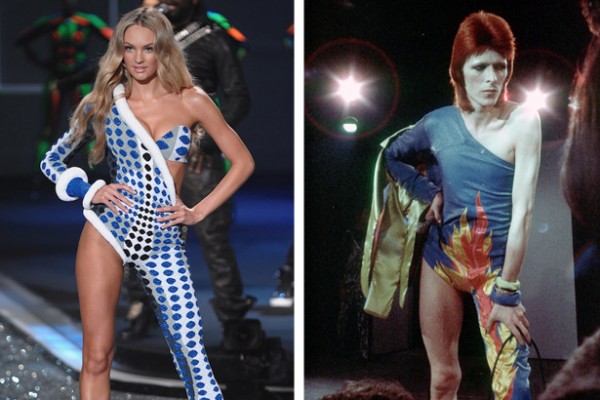 Candice Swanepoel on the Victoria’s Secret catwalk in 2009 in an asymmetrical jumpsuit reminiscent of the infamous Ziggy suits designed by Kansai Yamamoto for David Bowie who was one of the first ones to collaborate with fashion designers to create his costumes. 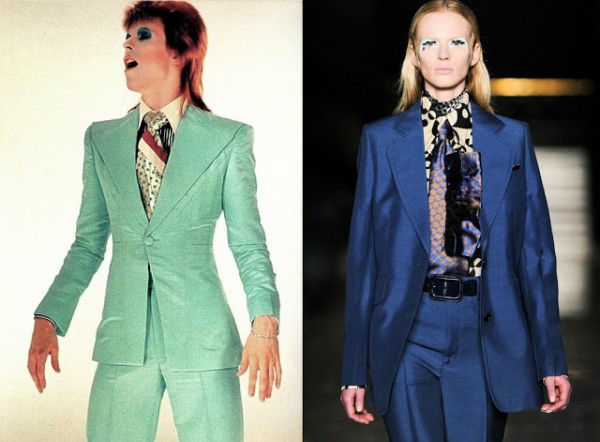 Miuccia Prada‘s F/W 2012 collection for Miu Miu was basically a remake of the 1971 music video “Life On Mars?”. 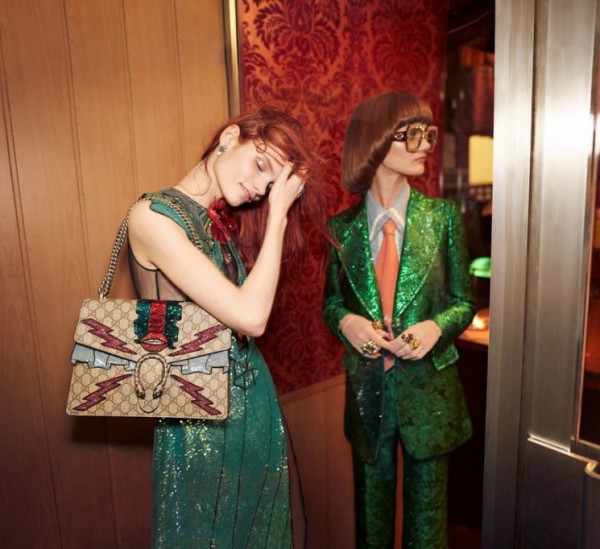 The same could be said for Gucci‘s S/S 2016 collection. I am convinced that the new Dionysus bag would have been loved by the legendary David Bowie.

Here is a funny one: there’s a website of cult fans that believe Tilda Swinton and Bowie are the same person. Check out Tilda Stardust, it is hilarious. 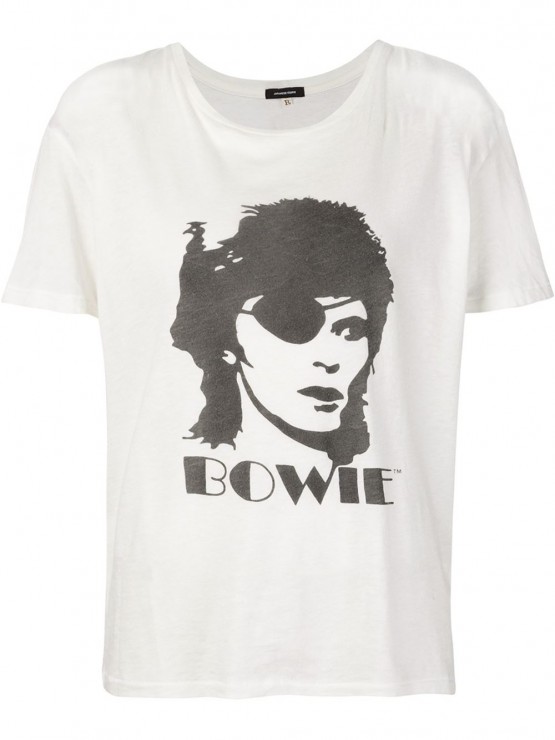 His legend lives on in both industries, music and fashion, as David Bowie himself does today, in immortality. Rest in peace and thank you for all your inspirations!