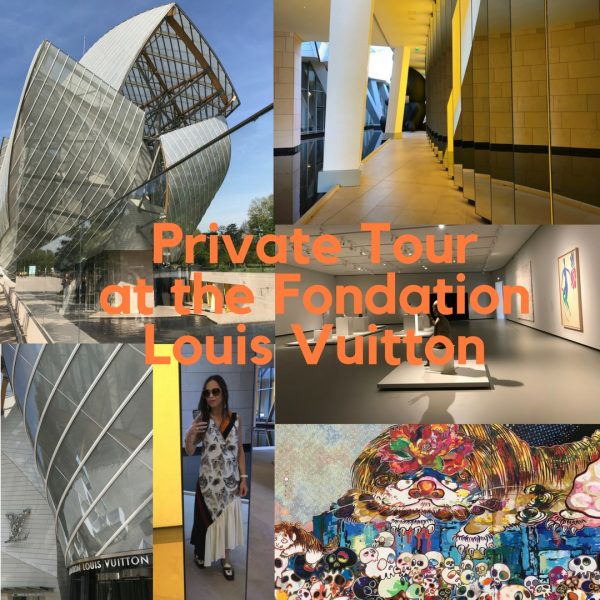 Last weekend, I was in Paris to celebrate my daughter’s birthday with her girlfriends. On Saturday morning, we were very lucky as LOUIS VUITTON opened their Foundation Louis Vuitton exclusively for us so that we had a private tour all alone in the museum (a huge thank you!). I have to say this was one of the best experiences ever as the exhibitions are in general very well visited and crowded. Forget «A Night at the Museum», a day is much better …. 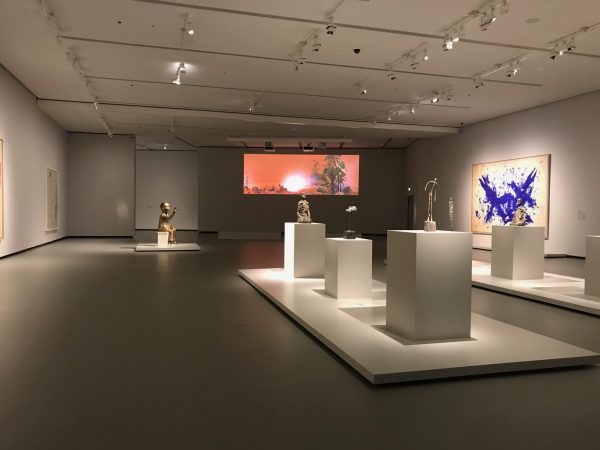 Having the exhibition all to ourselves was amazing…

We explored the Foundation’s new selection from its collection in an exhibition entitled In Tune with the World (AU DIAPASON DU MONDE) that will be open until August 27, 2018. This hanging of modern and contemporary works is presented in all the galleries throughout the stunning building designed by Frank Gehry. 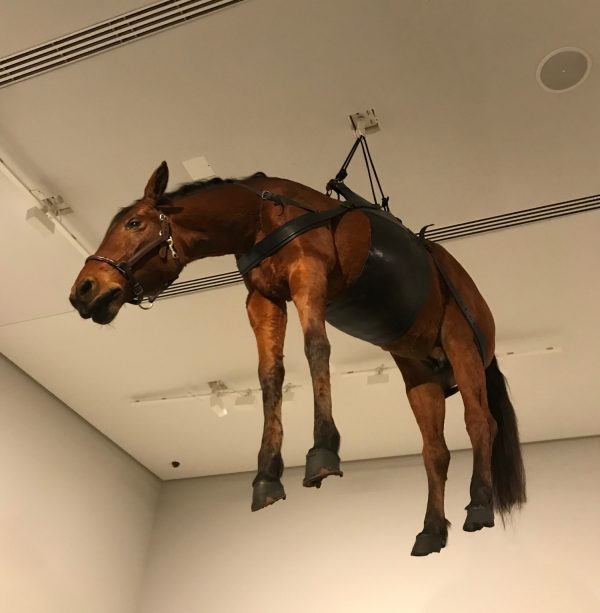 A sense of irony: Maurizio Cattelan – «Spermini» 1997, 150 latex masks that are self-portraits of the artist.

It invites visitors to reflect upon the place of humankind in the universe and the relationship between people and their environment and the living world. his reflects today’s questions about man’s place in the universe and the bonds that tie him to his surrounding environment and living world, highlighting the interconnections between humans, animals, plants, and even inanimate objects. The exhibition features nearly 30 artists – including Alberto Giacometti, Henri Matisse, Gerhard Richter, Pierre Huyghe, Yves Klein and Takashi Murakami – in a hanging that brings together modern and contemporary works. 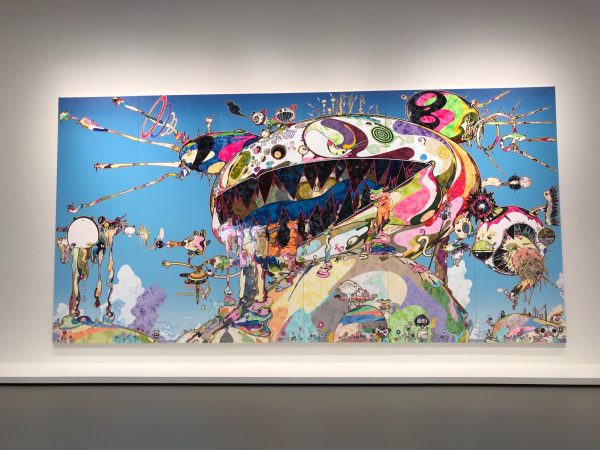 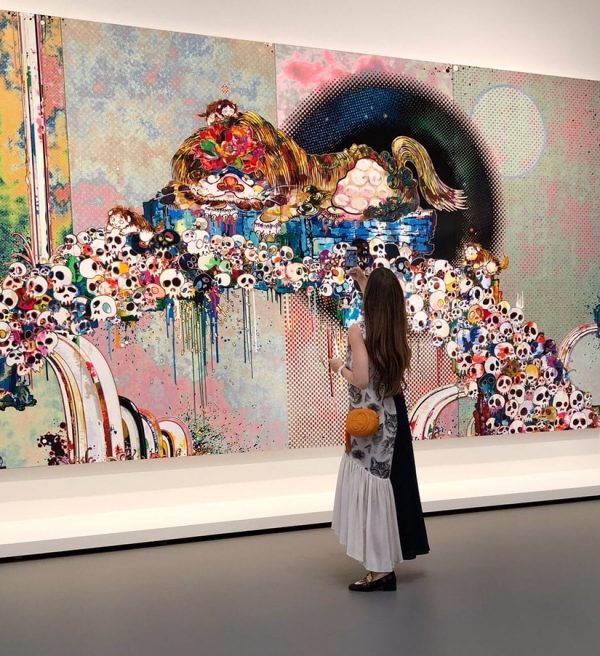 The exhibition spans all the galleries at the Fondation Louis Vuitton, organized in two complementary parts: 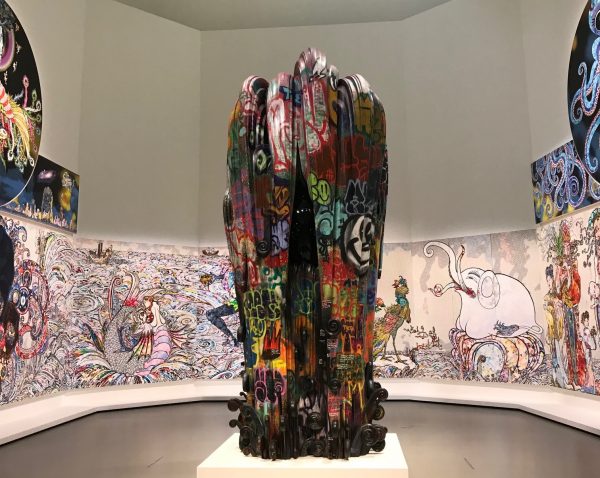 Takashi Murakami – The Octopus Eats its Own Leg 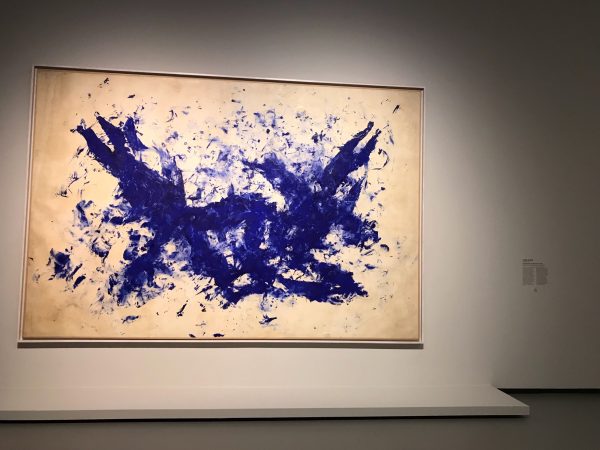 Yves Klein painted models in his favorite color and made them roll over the canvas for this masterpiece, «ANT 104, Anthropométrie sans titre», 1960 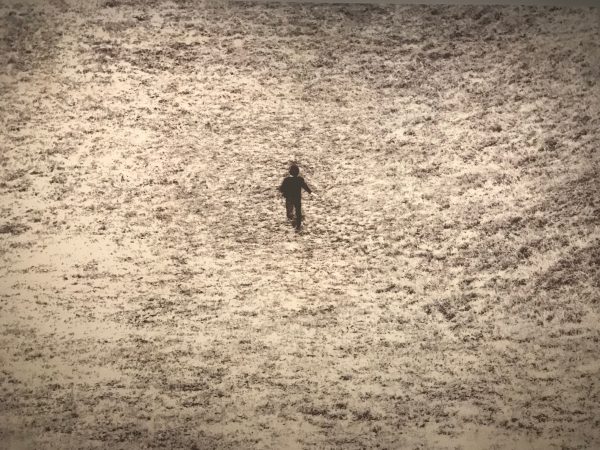 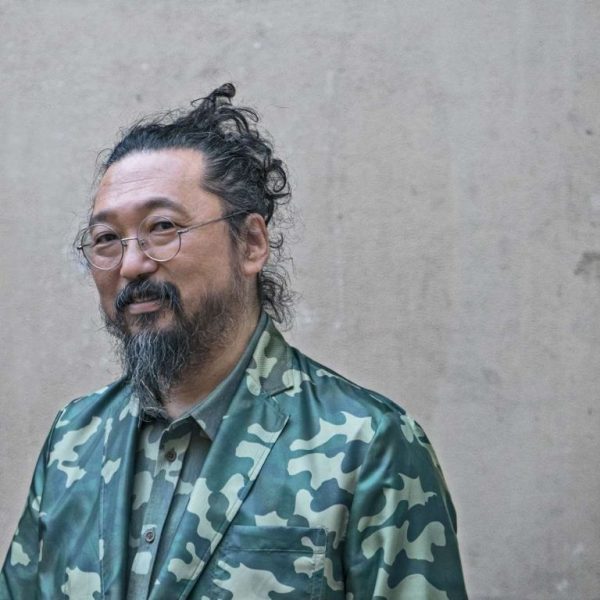 Let me tell you a little more about one of my favourite artists who collaborated with Louis Vuitton for over 13 years (2002-2015). 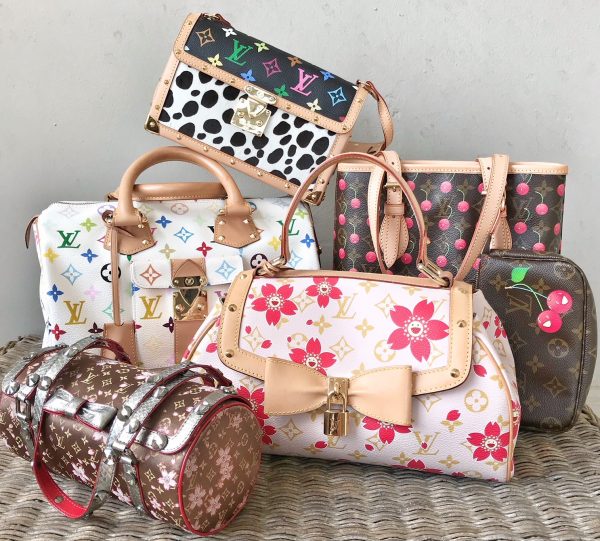 Some pieces from my own personal Louis Vuitton x Murakami collection.

Since the early 1990s, Takashi Murakami has been crafting a unique world of darkness and wonder, one populated by fantastic characters, marvellous animals, fabulous creatures and mischievous monsters.Blessed with an unbridled imagination and a resolutely innovative language combining ancient techniques and advanced technologies, his important body of work is marked by its multiplicity of forms and media – painting, sculpture, installations and even animated film. 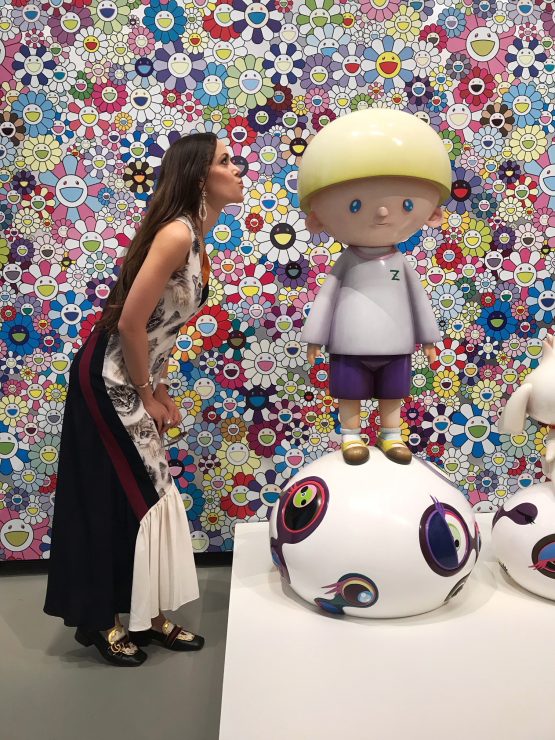 Drawing on Japan’s political, social and cultural history, his colour-saturated universe borrows as often from Kawaii aesthetics and manga pop as from the ancient masters of classical painting and Buddhist iconography. Also omnipresent are references to recent traumatic events, such as the atomic bomb and the tsunami. 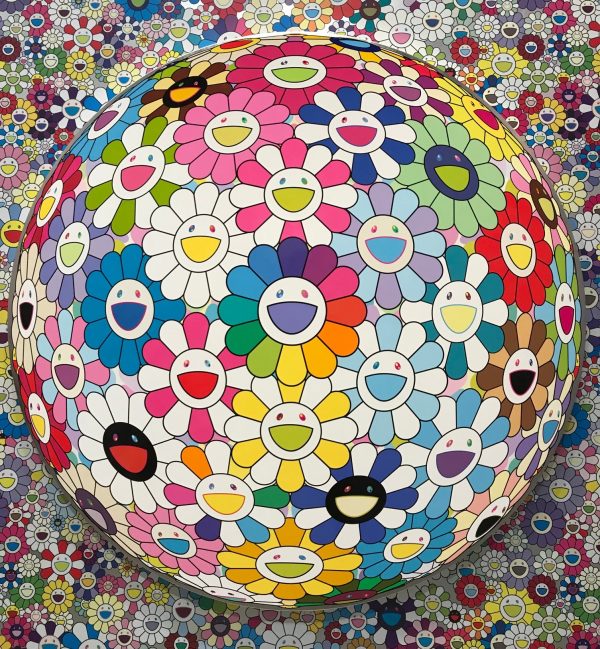 Takashi Murakami Flower Ball – one of my favorite art works.

The exhibition In Tune with the World is accompanied by a series of conversations with artists and experts. 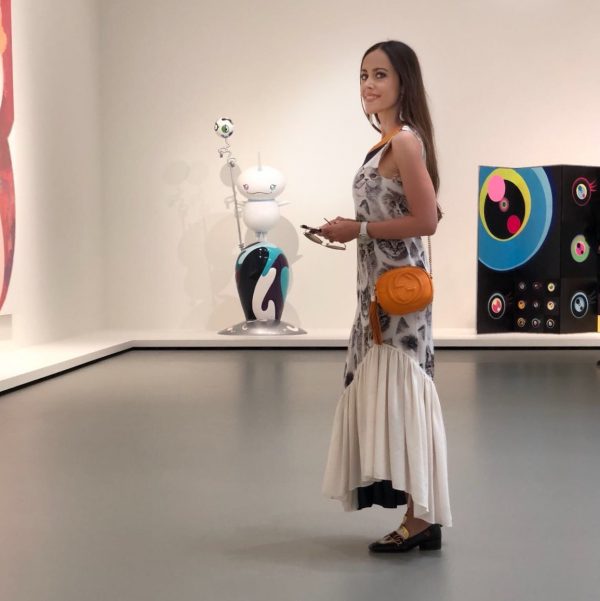