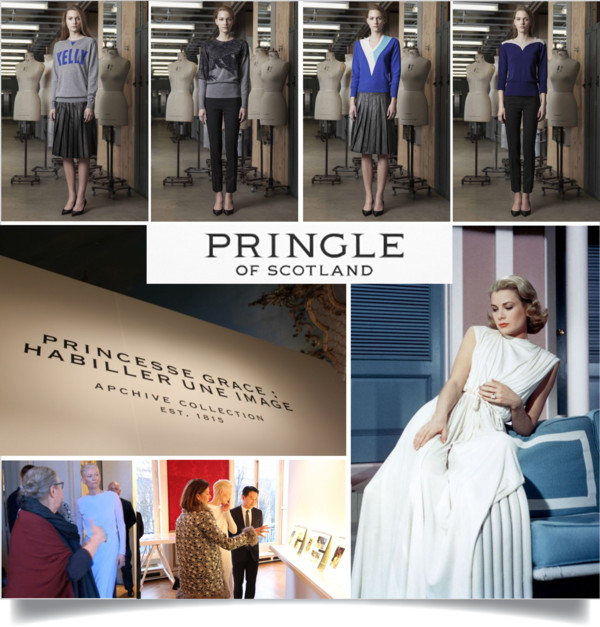 During Paris Fashion Week, I went to some amazing events that I would like to share with you. Let’s get started with one that was truly outstanding, something that you don’t see every day. 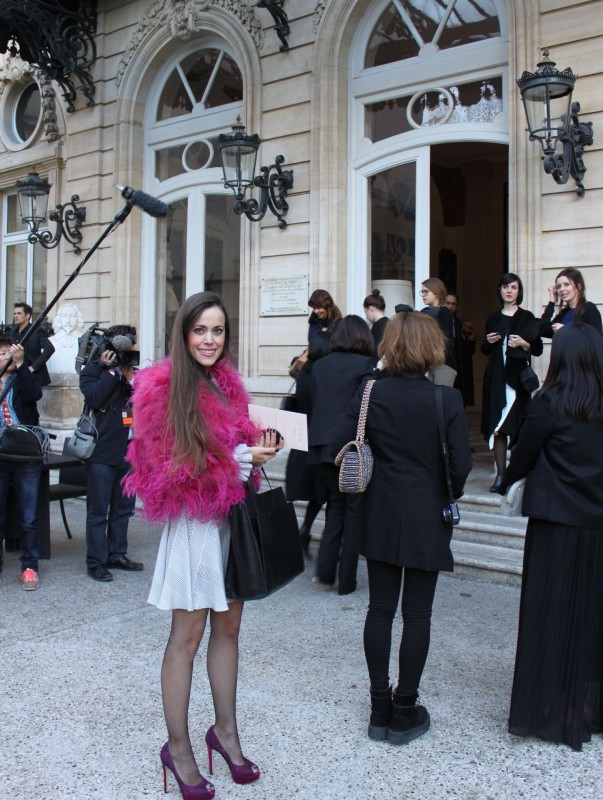 I was invited to the elegant salons of the association France Ameriques in avenue Franklin Roosvelt, where a very special collaboration, PRINCESS GRACE, MORE THAN AN IMAGE, between Pringle of Scotland and Central Saint Martins was presented. 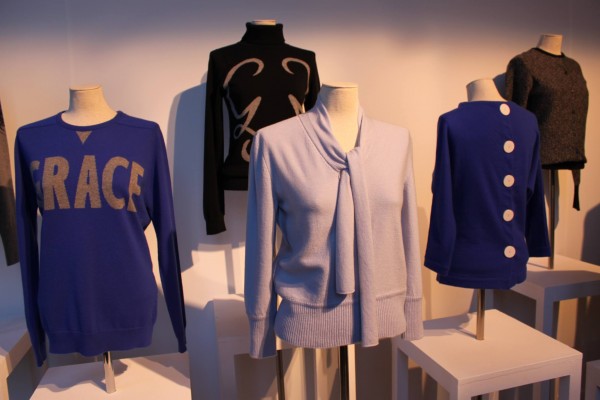 The collection designed by young talents of the renowned college of arts and design in London features pieces in the finest 100% made in Scotland knitwear, inspired by the wardrobe of H.S.H. Princess Grace of Monaco, who had loved the historical British brand very much and had been frequently seen in it. 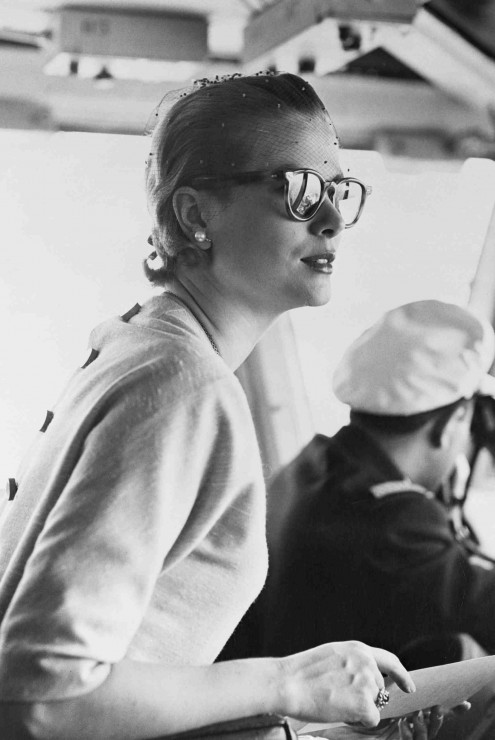 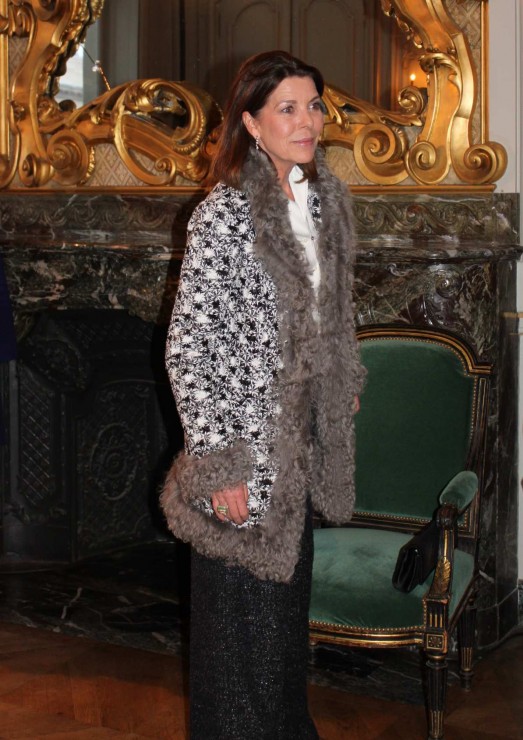 H.R.H. Carolina of Monaco Princess of Hanover had come all the way from Monaco to attend this intimate event in honour of her late mother. She had also supported the students and had given them access to the palace archives. 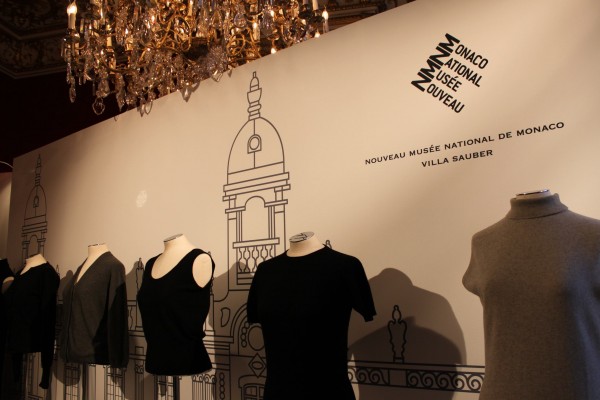 In April 2012, the findings were revealed in an exhibition hosted by the Nouveau Musée National de Monaco featuring never before seen material, showcasing Princess Grace’s daily wardrobe in the most relaxed and familial situations, particularly knitwear and Pringle of Scotland archive styles. 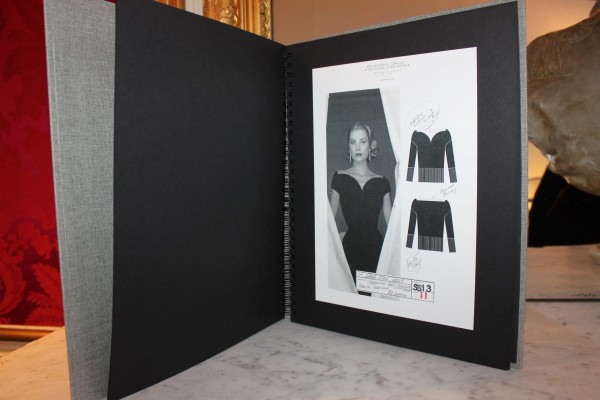 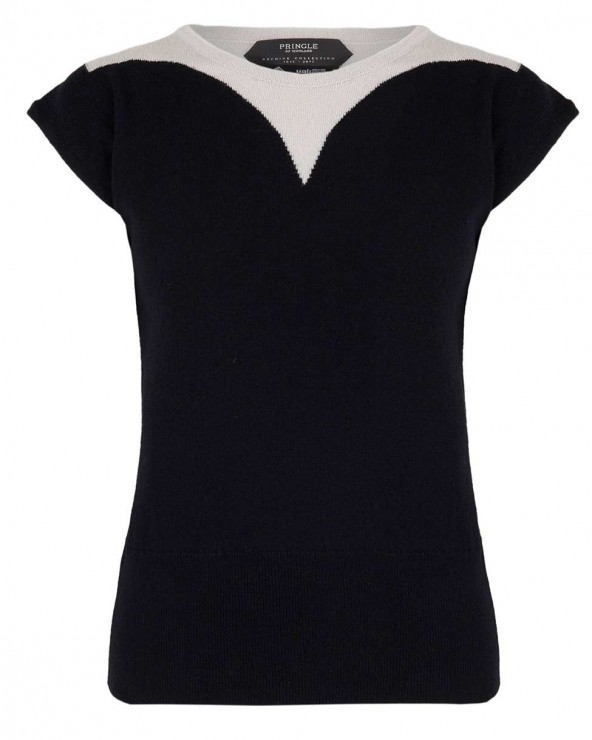 … under the creative supervision of the famous Professor Louise Wilson O.B.E. (see photo below to the right). Being among the world’s most influential fashion educators, her former students include Christopher Kane, Marios Schwab, Mary Katrantzou, Roksanda Ilincic among many others. 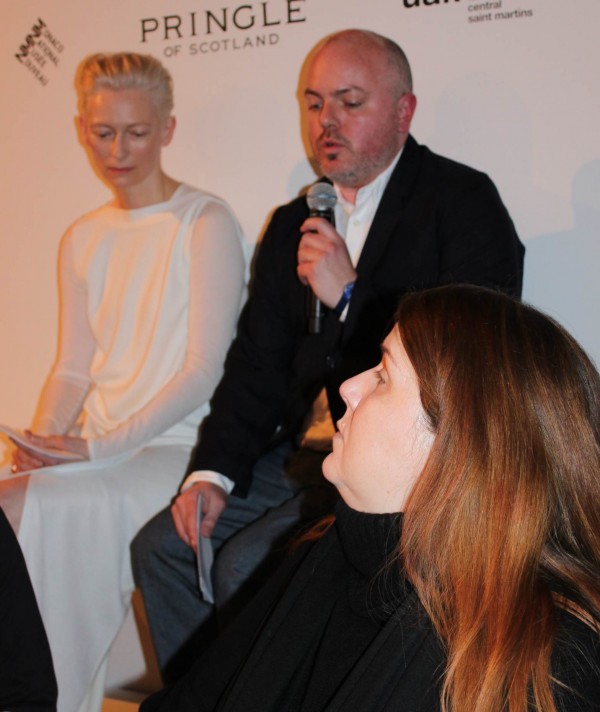 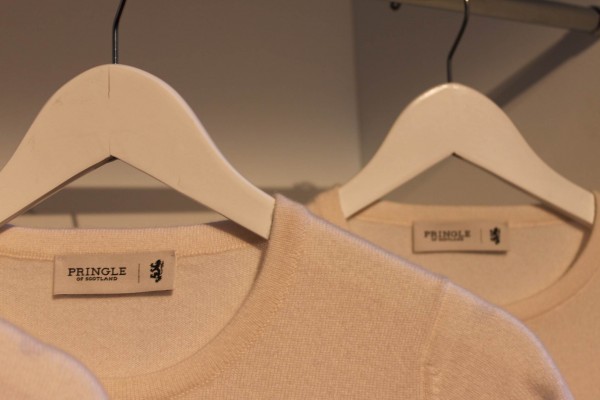 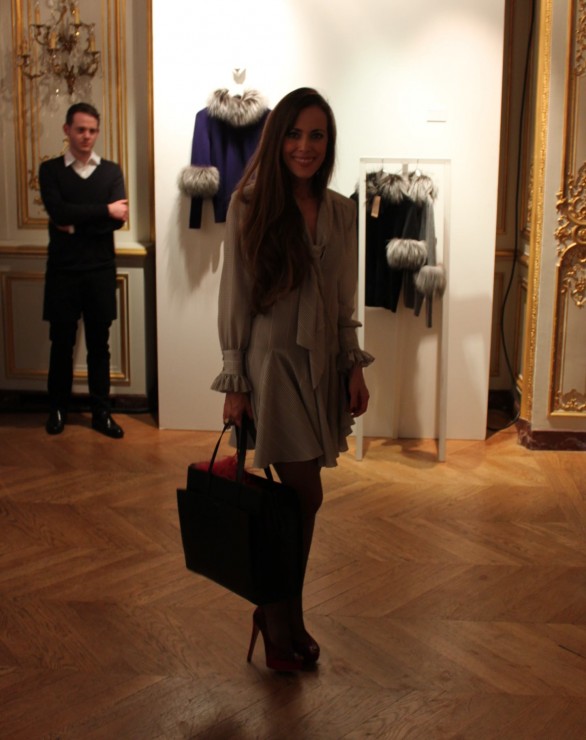 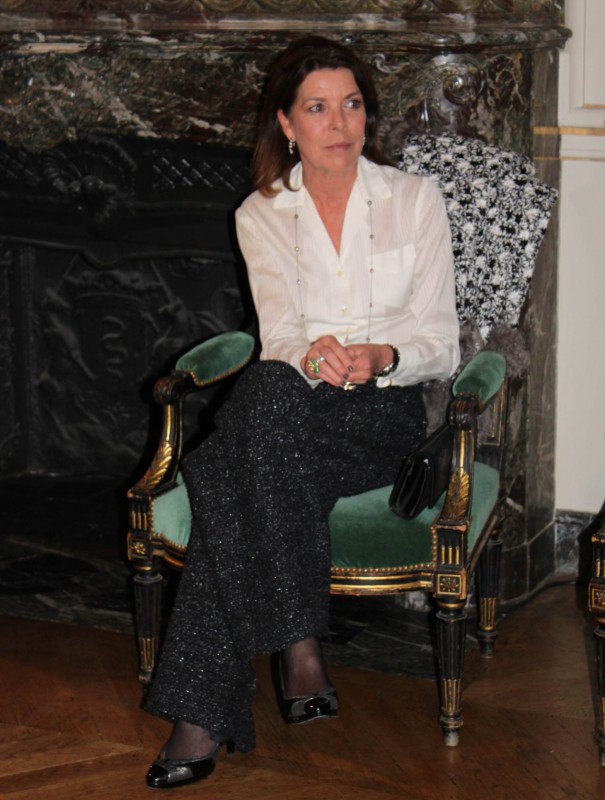 Personally speaking, I found one aspect very moving when H.R.H. Carolina of Monaco Princess of Hanover explained that this project has meant a lot to her: “There have been many exhibitions on my mum, but this is special, when she wore knitwear, it meant we were more informal, it meant happy times.“ And as Marie Claude Beaud, Director of the Nouveau Musée National de Monaco, put it “Grace Kelly has been a princess, an actress…but above all a woman, a mother”. 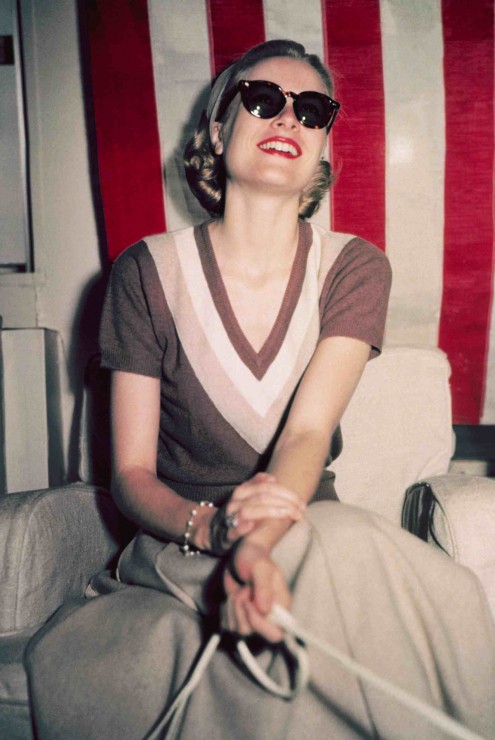 With this in mind, the collection truly manages to highlight the most personal, discreet and daily aspects of the Princess without loosing its historical heritage, it looks modern and desirable.

Pringle of Scotland’s ambassadress Tilda Swinton was leading the conversation. 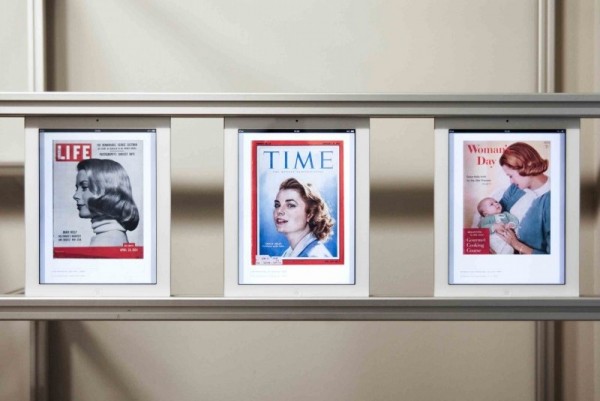 Interesting to know is that the title PRINCESS GRACE: MORE THAN AN IMAGE derives from a quote that the Princess gave to Time Magazine in 1955, whilst still the film actress Grace Kelly, “I don’t want to dress up a picture with just my face”. This sense of exploring the person behind the image is evident throughout the project. She will stay in everyone’s imagination forever. 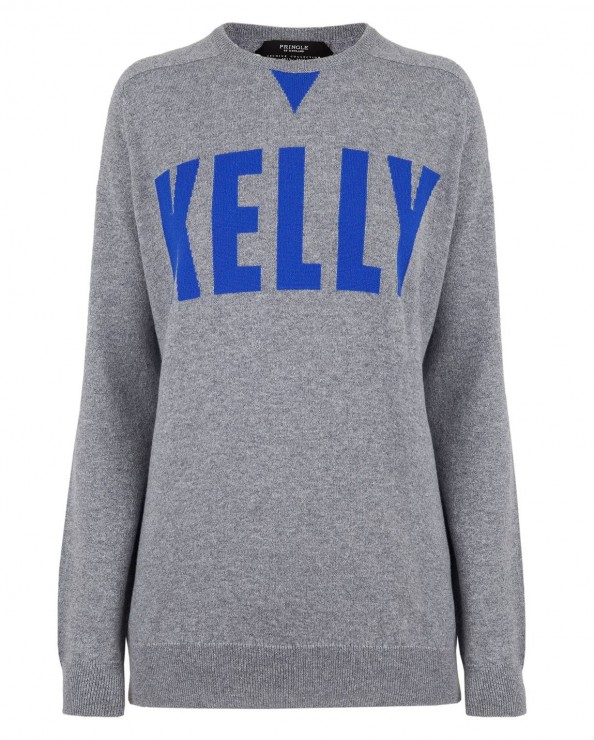 And this fall, it is official, we will not only dream of an Hermès Kelly bag.Pringle of Scotland’s Kelly sweater will be on everyone’s shopping list and it will be definitely more accessible. The capsule collection will hit the shelves in Switzerland in September at Jelmoli.

Stay tuned for an upcoming post on the movie “Grace” that will hit the cinemas in the end of the year and enjoy some more impressions of this beautiful event in Paris below.

Gorgeous Tilda Swinton with me 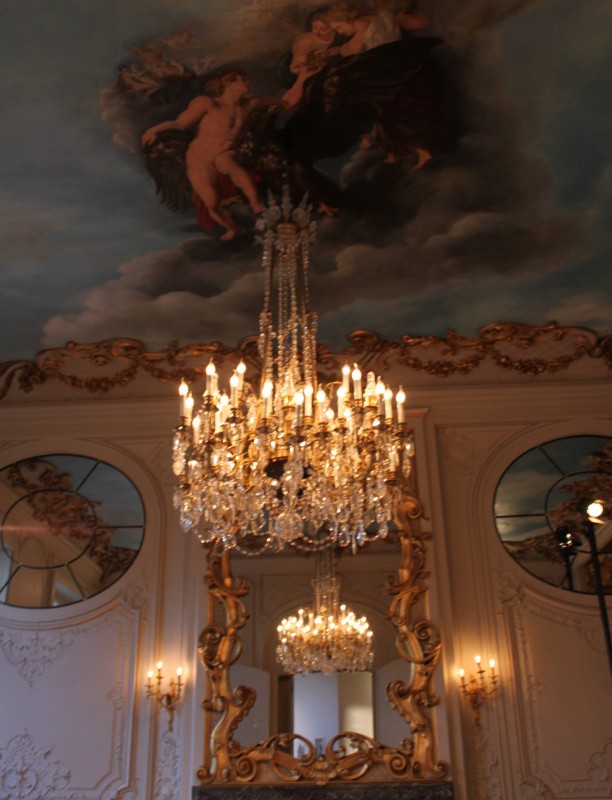 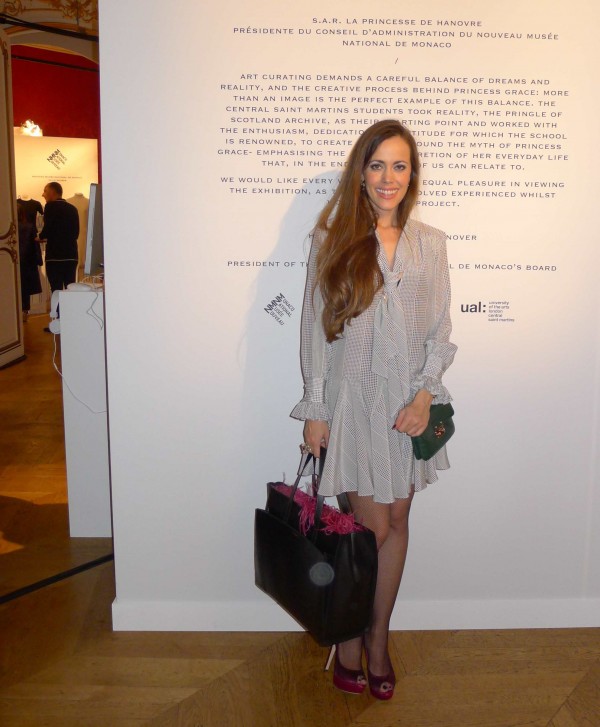