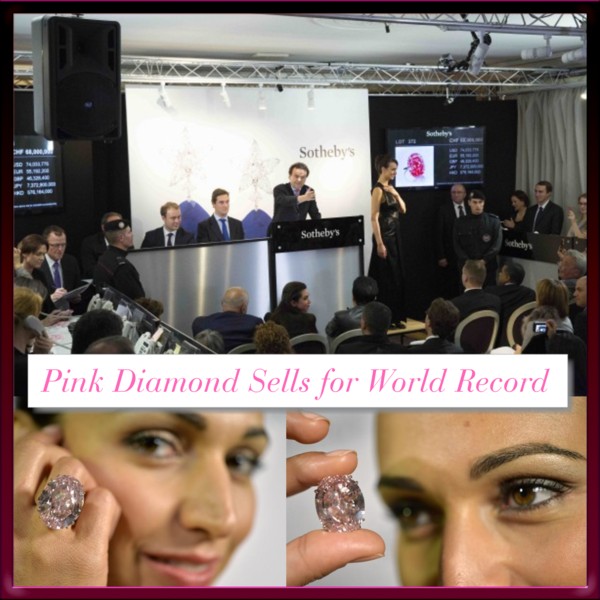 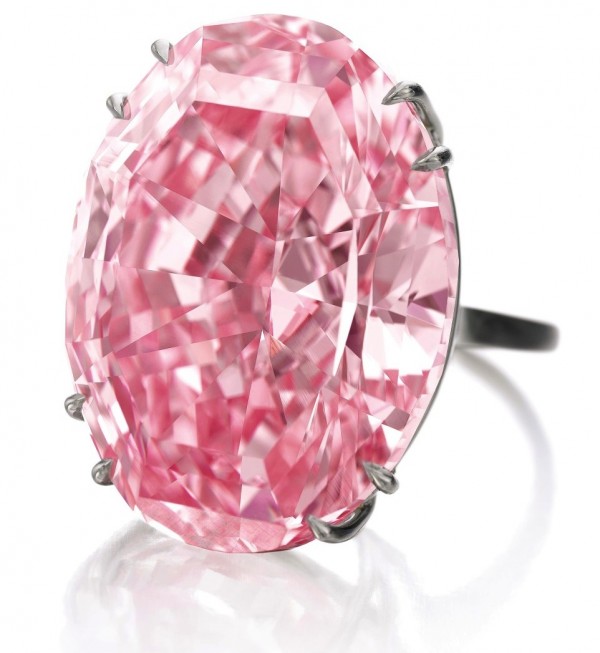 Representing an anonymous buyer, the vivid and flawless 59.60-carat vivid pink diamond was bought by the famous New York-based diamond cutter Isaac Wolf, who has renamed it after the sale “The Pink Dream”. It received the highest color and clarity grades from GIA for pink diamonds. Mined by De Beers in Africa in 1999, the 132.5 carat rough diamond was painstakingly cut and polished over a period of two years and transformed into this stunning gemstone. It was presented for the first time at auction last night.

Photos: Courtesy of Sotheby’s and The Associated Press