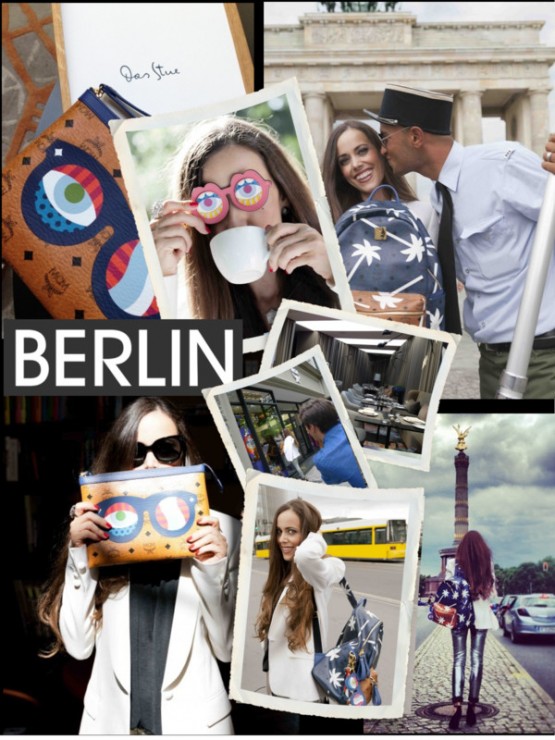 Between my recent trips to China and Iceland, I flew for one day to Berlin to shoot MCM‘ s amazing new collaboration with Craig & Karl: EYES ON THE HORIZON. I love the German capital (and that is not only because I was born in this country), it’s one of the most vibrant, energetic cities in Europe. It’s the combination of two facts that can be felt everywhere: its present anything-goes-and-anything’s-possible vibe and its somber past.

Let me take you on a tour around Berlin. I had so much fun with my very talented photographer Christoph Schemel. See for yourselves: 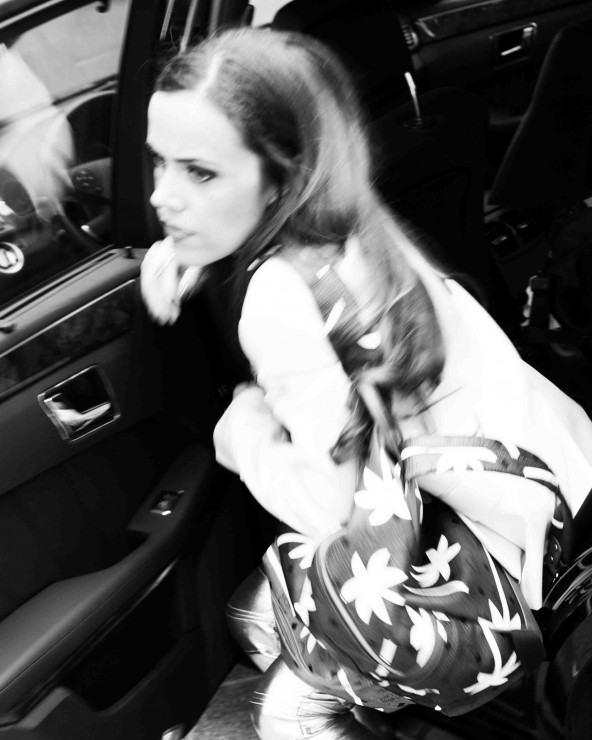 First stop: THE KURFÜRSTENDAMM
Known locally as the Ku’damm, one of the most famous avenues in the city is home to many shops, such as the MCM boutique, hotels and restaurants. It’s often considered the Champs-Élysées of Berlin. 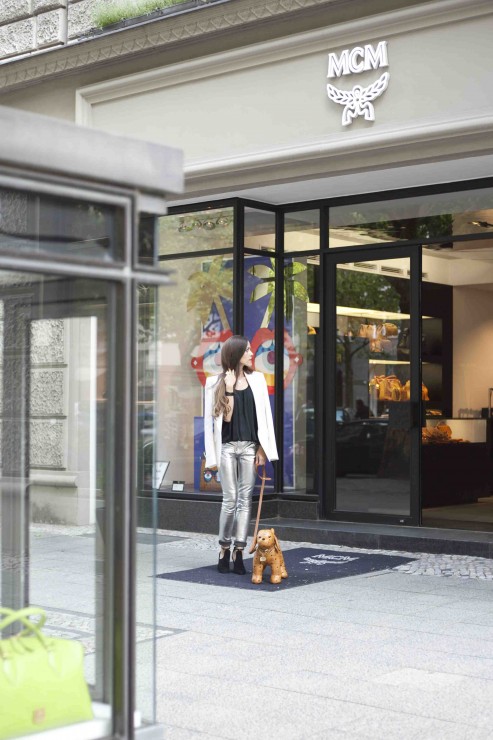 Second stop: DAS STUE
Located right next to the Tiergarten (central park of Berlin), the stylish design hotel Das Stue offers all the comforts of a quiet urban refuge within the heart of Berlin. 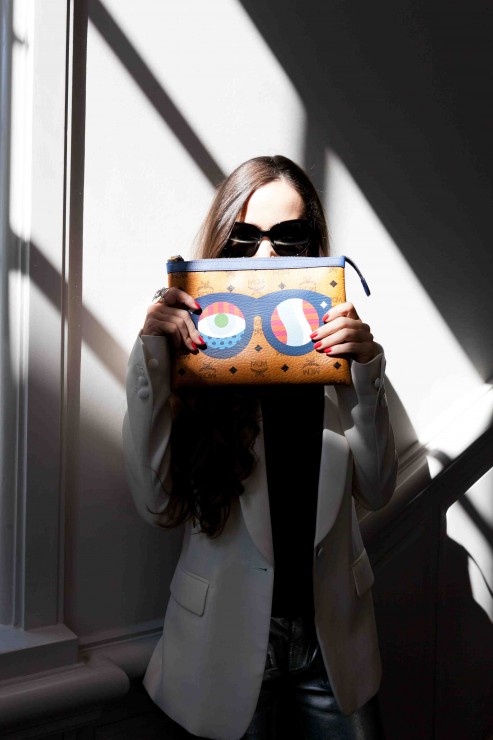 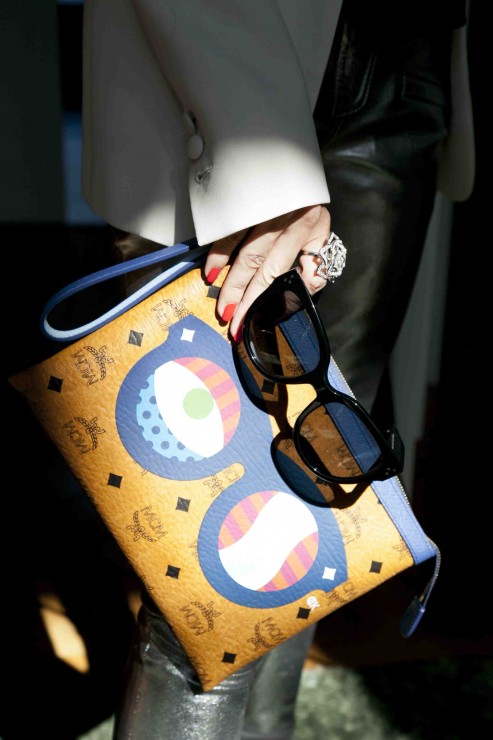 Third stop: CAFE AM NEUEN SEE
Christoph and I had a fabulous lunch at this fun place outside in the garden area with waiter service (there is also a self-service beer garden part directly by the lake) and planned the rest of our shoot. I had a piece of very yummy cheesecake (German cheesecake is the best) that went so fast I forgot to take a picture. 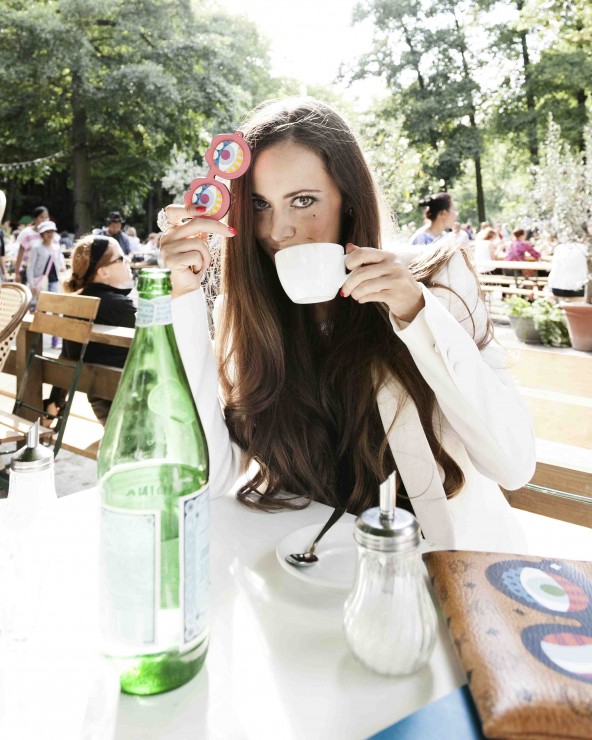 Fourth stop: SIEGESSÄULE
Berlin’s “Victory Column” is a famous monument and probably one of the best known symbols of the city. The “Golden Lizzie,” as it is known in local slang, was originally built around 1864 to celebrate Prussia’s victory in the German-Danish war. 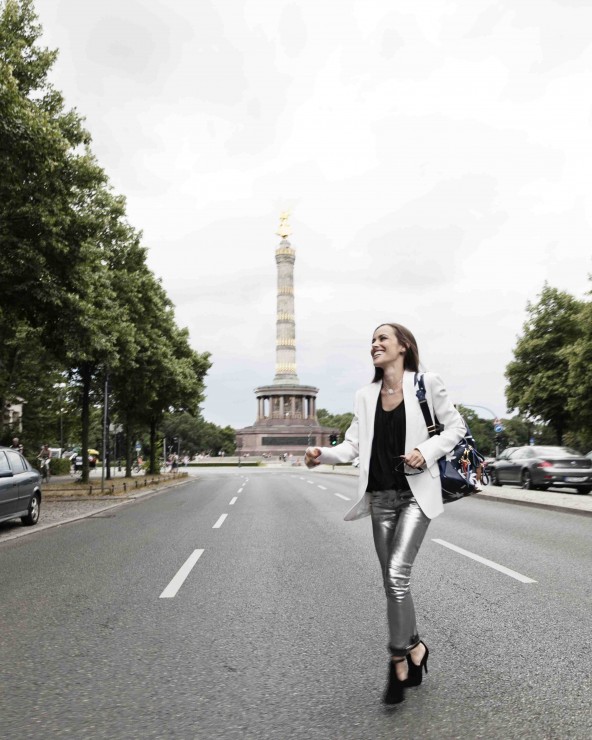 Fifth stop: BRANDENBURGER TOR
Located at the heart of Berlin, the Brandenburg Gate is standing at the western end of the avenue Unter den Linden. It has been a symbol for both, the divided Cold War city and the country’s reunification. Today, it is one of the metropole’s most-visited landmarks. 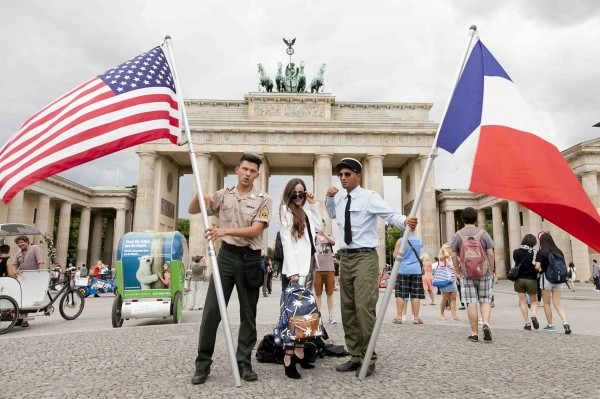 Last stop: GRILL ROYAL
Before I flew back to Zurich, we went to Grill Royal for drinks. This see-and-be-seen restaurant is still, after opening a couple of years ago, the place-to-dine and very popular with the celebrity crowd. Below you see me before the entrance on Friedrichstrasse.

I hope that you have enjoyed my day in Berlin! Cannot wait to be back soon…

My look: Ivory blazer, cropped metallic leather motocross pants, both by Balmain, black top by Tom Ford, Audrey wayfarer sunglasses by Céline, shoes by Gucci, key ring, clutch and backpack, all from the MCM x Craig & Karl Eyes on the Horizon collection. Rose necklace and ring, both by Piaget. 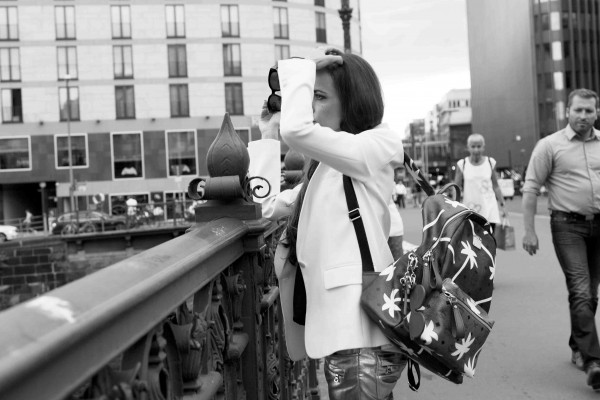