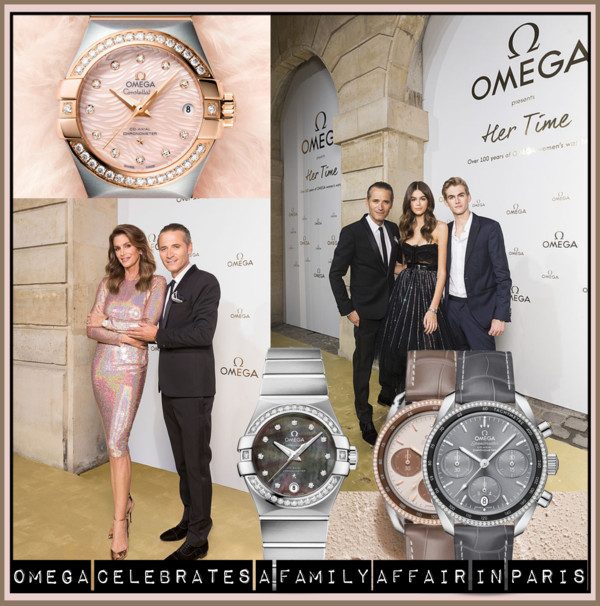 Why do all great things tend to happen at the same time? This what I am asking myself constantly, for example last week, the Zurich Film Festival has officially opened, Paris Fashion Week has started, and the tempting Oktoberfest in Munich celebrated its end. As you cannot attend everything, I had to decline an exclusive invitation to Paris with a heavy heart. 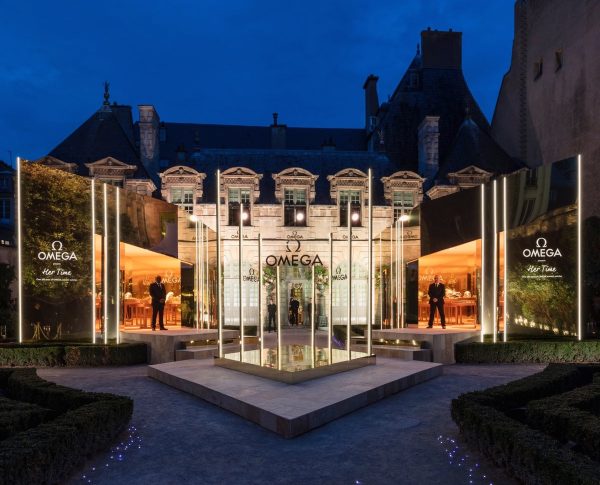 Last Friday, OMEGA has officially opened its «Her Time» exhibition in the French capital at the city’s historic Hôtel de Sully. Having already been showcased in Milan, Moscow, Shanghai and Sydney, this exhibition displays the house’s evolution of women’s timepieces and changing styles, from early Lèpine pendants and the iconic Ladymatic, through to «secret jewellery watches» and today’s latest creations. 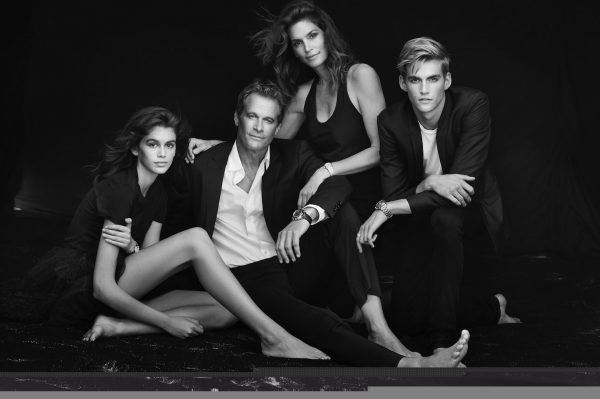 As an added highlight for guests, OMEGA also welcomed Cindy Crawford along with her beautiful children, Kaia and Presley, who have recently been announced as the brand’s newest ambassadors. Moreover, a family portrait taken by Peter Lindbergh on Malibu Beach was unveiled to celebrate the occasion. Having joined OMEGA in 1995, Cindy Crawford is one of brand’s closest friends and has been a renowned figure in the house’s advertising and events for over 20 years. 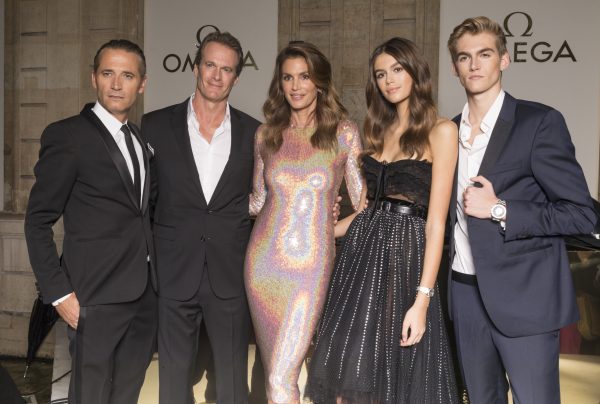 OMEGA’s President and CEO, Raynald Aeschlimann said about the «new family members» of his brand:«Kaia and Presley represent the next generation of watch wearers. They are good looking, motivated, inspirational and full of energy. It’s incredible to have such a passionate family tradition within our brand and I’m so excited to begin working with these two young people.» 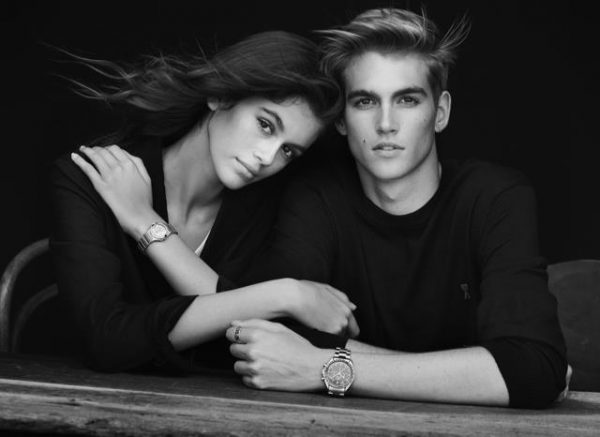 Personally speaking, I couldn’t agree more with Raynald. Kaia and Presley are stunning as their mom, who has been one of my favorite models since ever. I had the chance to meet the family on several occasions and they are all not only super good-looking, but also extremely kind and fun to talk to. 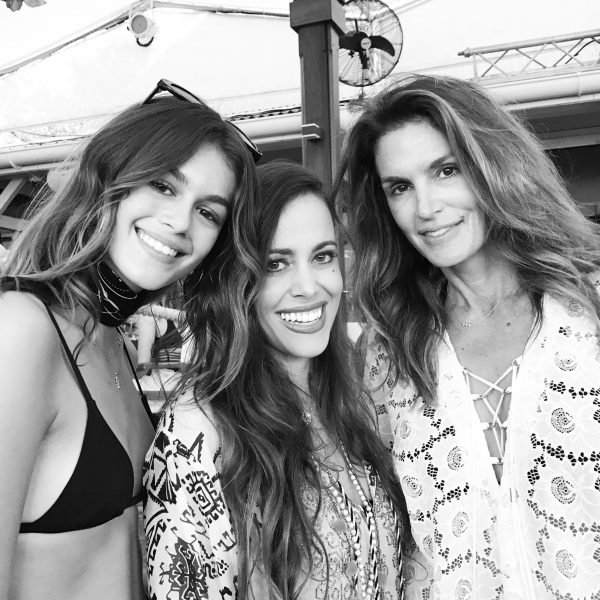 Framed by Kaia and Cindy last January at Nikki Beach in St. Barts. 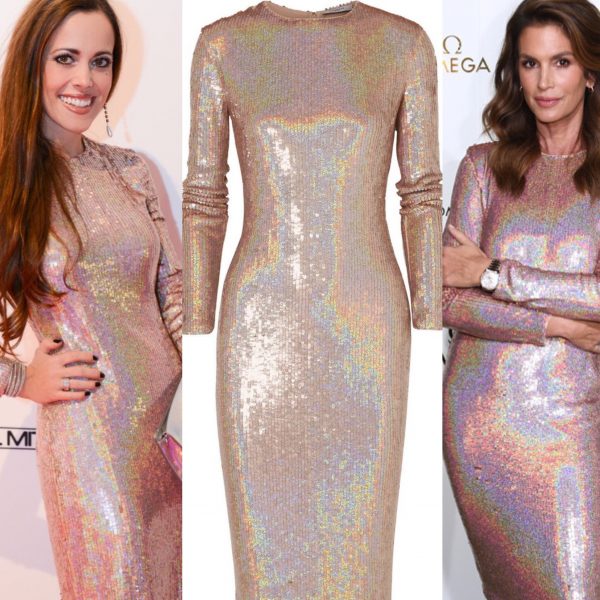 I liked Cindy’s look a lot. Surprisingly, she decided not to go for something new season but to wear a knee-length dress in iridescent sequined jersey by Givenchy

from their Pre-fall 2014 collection that I sported for the Fashion Days Zurich three years ago. 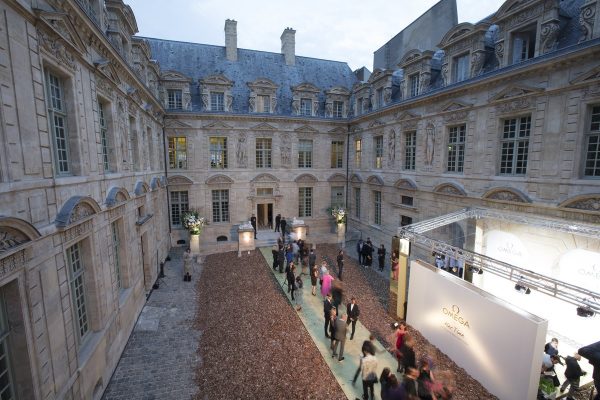 The «Her Time» exhibition can be seen at the Hôtel de Sully until the 15th of October 2017 from 9am to 7pm each day.