Last Wednesday, I was invited by Louis Vuitton in Zurich for a style night in collaboration with annabelle magazine to celebrate an iconic bag: the NOÉ. 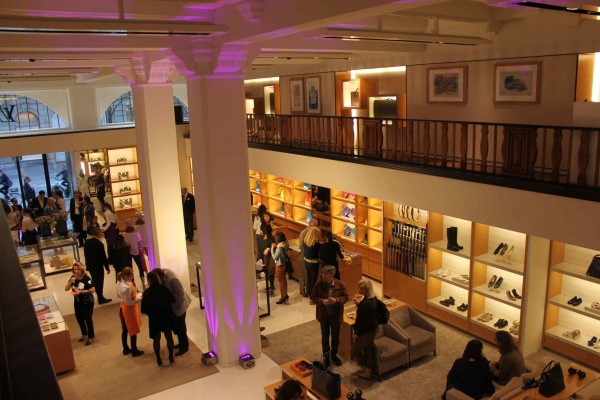 Everybody knows the Noé. In strictly chronological terms, it is the second oldest Louis Vuitton iconic daily bag, its birth date of 1932 placing it at the start of an exceptional decade that saw the creation of the Speedy, the Alma and the Keepall.

In spirit, however, Noé is as young as any bag around, still tinged with the carefree air of those newly liberated women who wore short skirts, shorter hair and carried it – just so – swinging from their shoulder.

At the event: Daniella Gurtner (Fashion Director annabelle) framed by Anna-Christina Raab to the right and me to the left wearing the new Noé BB in citron

The story of its creation? Well, that’s the stuff of legend. Looking for a stylish way to transport his valuable vintages, a champagne producer placed a special order with Gaston-Louis Vuitton. He designed a timelessly simple bucket shape, which could hold four bottles upright and a fifth upside down, secured with a supple leather drawstring. He called the bag Noé – in reference, it is said, to the biblical hero who, when he left the Ark after the Flood, planted vines on the mountains of Ararat. 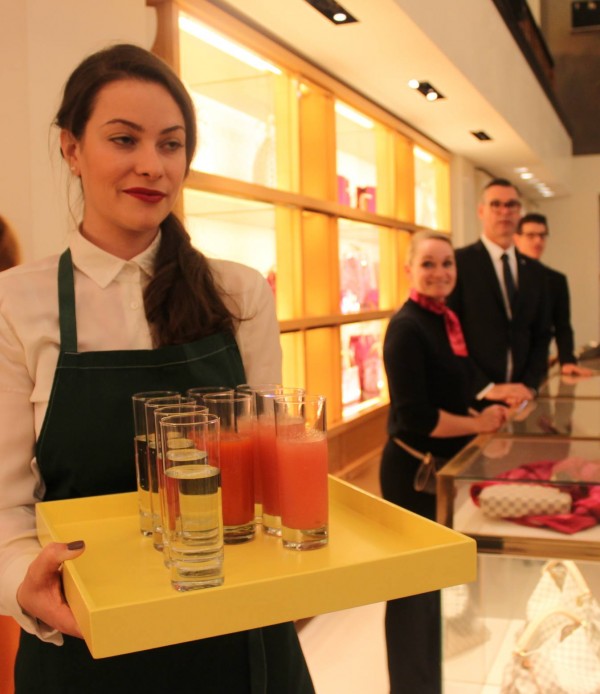 The original Noé was crafted from natural leather, pale gold like the champagne it was destined to carry, and light as its exuberant ribbons of bubbles. Since then, Noé has appeared in many guises – most famously, of course, Louis Vuitton’s emblematic Monogram canvas, which by the 1960s could at last be made supple enough to do justice to the bag’s generous forms.

Today, Noé and its cousin Petit Noé can be found in a myriad incarnations, from Damier Azur to colourful Epi leather – each time different, yet still, somehow, the same.

So, everybody knows Noé. But now there is a new Noé: Noé BB. Irresistibly cute, unmistakeably contemporary, a diminutive replica of the original which comes with its own innovation: an extra-long shoulder strap that enables it to be slung casually across the body.

In Monogram or Damier Azur canvas and candy-bright Epi, Noé BB is just waiting to be discovered by a new generation. Will it, one day, like its larger namesake, be handed down from mother to daughter, its distinctive drawstring symbolic of an enduring bond of elegance?
Noé, Petit Noé, Noé BB. The legend lives on.

Noé BB in figue and citron

And while you are reading this, I am already off for a new adventure with Louis Vuitton in Munich…