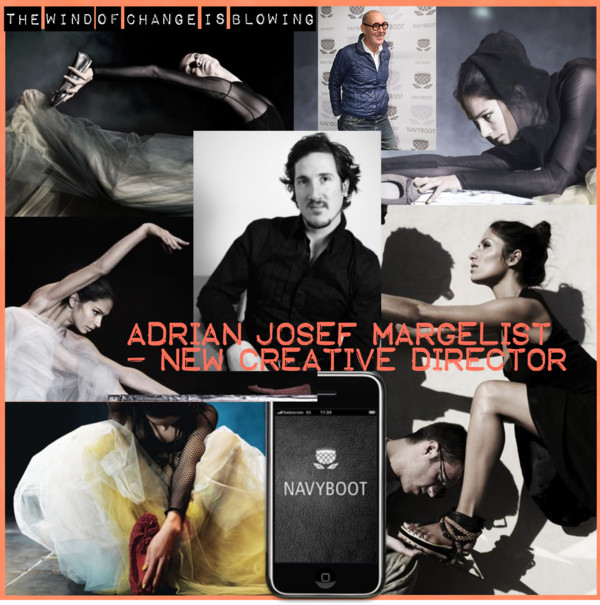 This morning Navyboot held a press conference to announce their new Creative Director: Adrian Josef Margelist. The 34-year-old native Swiss has experienced success in that field. After launching his career at Vivienne Westwood in London where he designed the accessory line, he has worked for well-known houses like Fabric Frontline, Esprit and MCM. During those years, he has gained a lot of know-how in repositioning and relaunching a brand. This is exactly what he is aiming to do for Navyboot. The charismatic designer will be in charge for the new visual concept as well as for the product development. His first collection for F/W 2011 of shoes, bags and accessories (Navyboot`s key items) will hit the stores in barely one year. I am absolutely looking forward to seeing his creations. 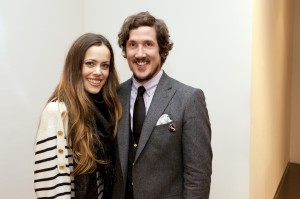 Me with the New Creative Director Adrian Josef Margelist. He is wearing the YSL button as „a tribute to the master“. Love that!

He is envisioning a high-end product in the premium price level with its own signature. The handwriting should definitely be international which would help the expansion strategy of the Swiss house. Navyboot has just opened 8 stores in Germany and more are planned in other countries. I like the new course, it is fresh, dynamic and courageous.

The new S/S 2010 campaign, photographed by famous Michel Comte, is also promising.  With the emphasis on ballet flats, Polina Semionova, prima ballerina at the Berlin State Opera, has been the perfect choice to model the new collection along with Swiss actress Melanie Winiger as another unconventional ambassador.

I like the new wind of change that is blowing at Navyboot. No guts, no glory!