Et voilà, here is the next season preview. Below you will find the Top 20 runway shows that are in my view the key collections for F/W 2010. Enjoy! 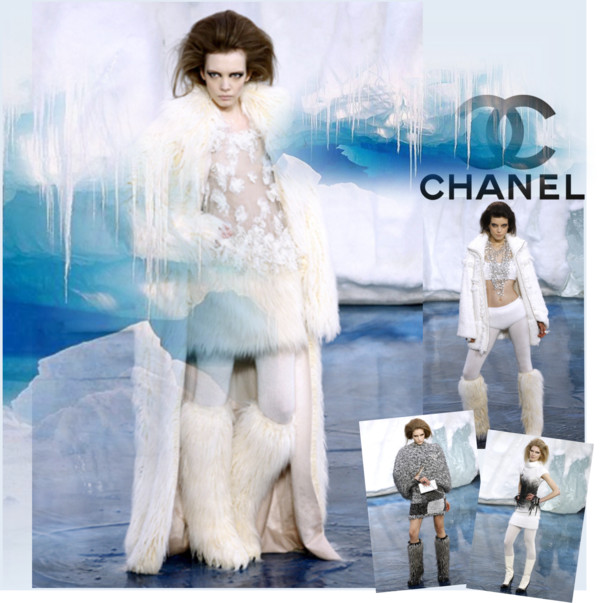 CHANEL: There is no way you can escape Karl Lagerfeld. The genius surprised with an outstanding play on global warming and the melting of the ice caps. The models literally made a splash on the catwalk in shaggy snow boots with ice-block heels and furry polar bear outfits. A quite outstanding collection as Lagerfeld chose to use fake fur instead of promoting the real thing. Global warming will accelerate as you will see a lot of polar bears in St. Moritz this winter. 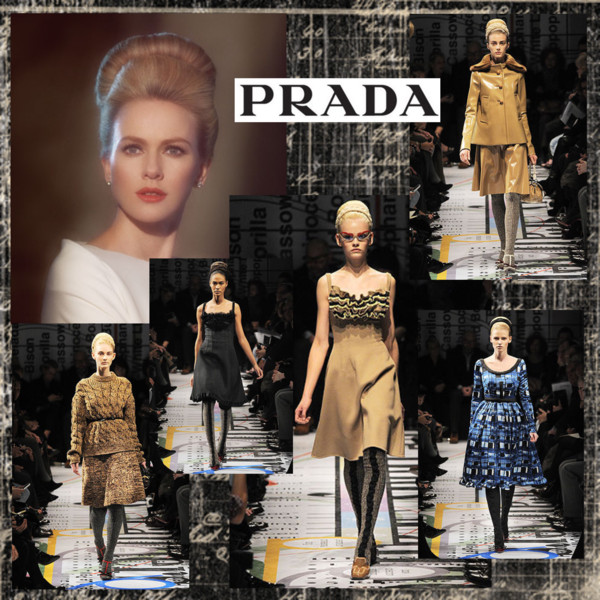 PRADA: Miuccia Prada`s unique talent has once more surprised us. The convinced feminist put for the first time the emphasis on the chest. The early 60s inspired collection was an ode to the womanhood. Sexy secretaries with high chignons demonstrated an esthetic perfection on the runway. Well done! 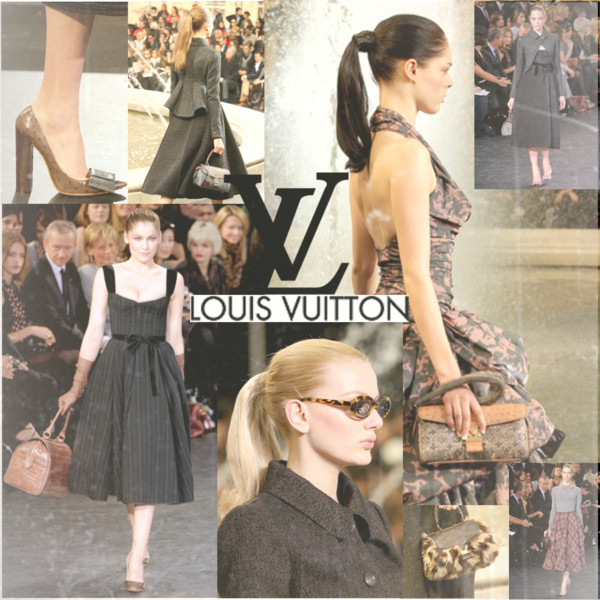 LOUIS VUITTON: What was first defined by Miuccia Prada, was spotted a little later in Paris at Louis Vuitton again. In celebration of womanliness, Marc Jacobs created a curvy silhouette with 50s wasp waists, petticoated skirts and outlined busts. 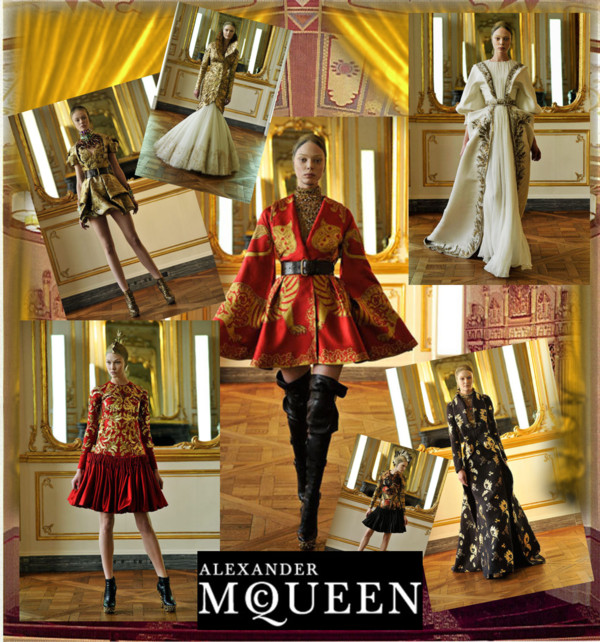 ALEXANDER MCQUEEN: Final honours to McQueen`s last works. During the process of preparing this poetic, medieval show, the British designer committed suicide. One last curtain call for his huge talent that showed so well in the tailoring and theatrical aspect of this collection. BALMAIN: When it comes to Balmain, I cannot be neutral as I am such a big fan of Christophe Decarnin`s work. His designs have been copied a zillion times but nothing can compete with that notoriously expensive collection. This season, he took his inspiration from a baroque rock `n` roll showing to-die-for colourful marabou jackets, sexy frock coats, tight lamé dresses and the return of the over-shoe flared pants that make your legs look sooo long. 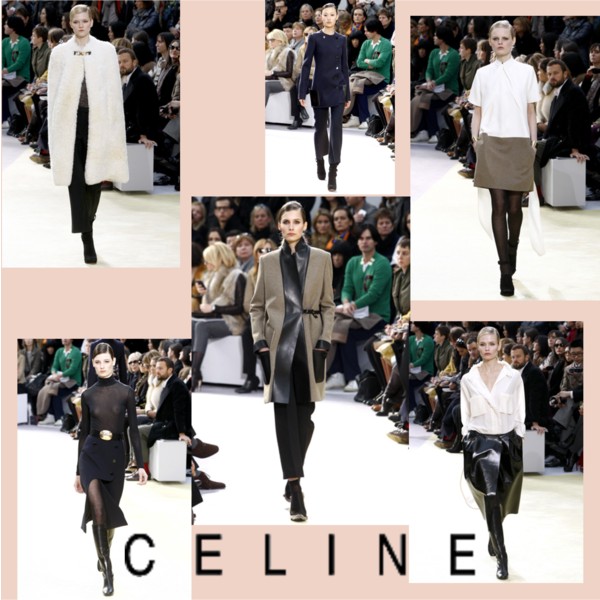 CELINE: Phoebe Philo set a benchmark again with her second collection for the French house for breathtaking luxurious minimalism. Refined shapes, supreme quality, very contemporary – in her own words: “Strong, powerful, reduced.” That is what you call style. STELLA MCCARTNEY: Her show was a paragon of the emerging trend of the season: polished minimalistic chic. A very wearable and feminine collection for modern businesswomen. GUCCI: Frida Giannini seemed to take the same line like Stella McCartney. Her Gucci woman grew up and made a tasteful, very confident appearance not trying too hard. An hommage to the label`s golden 60s and 70s esthetics that I am totally in love with. 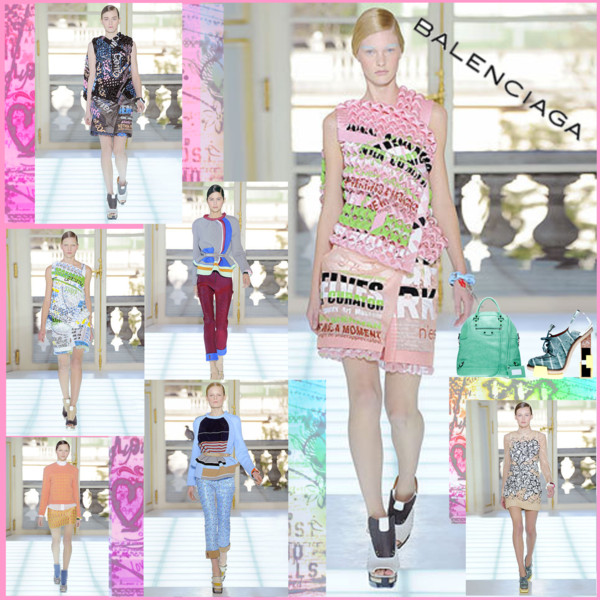 BALENCIAGA: Nicholas Ghesquière has a futuristic vision of couture showing once more in his artistic masterpieces of graphic, pastel and collaged compositions. The computer-age child creates probably not so user-friendly winter outfits, but this twist on Parisian chic is desperately needed in the world of fashion to push things forward. GIAMBATTISTA VALLI: A breeze from the 60s combined with a girlish couture spirit, Valli fascinated with shapes and beautiful silhouettes. In this collection, glamour raised the tone. 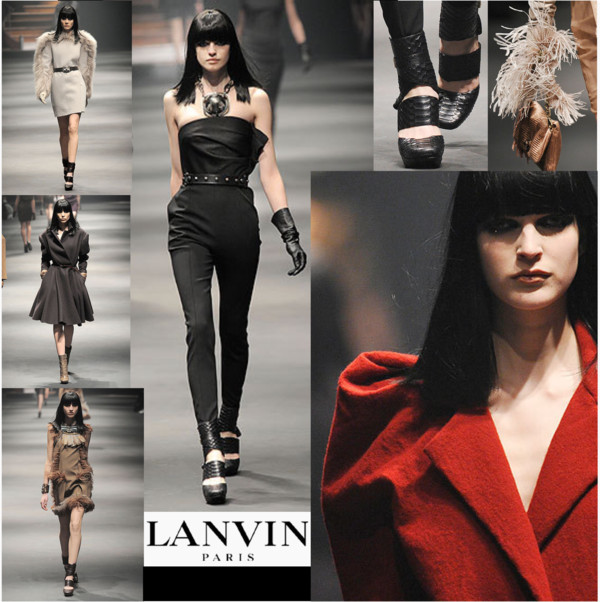 LANVIN: The Moroccan born designer of the French house is known for his amazing couture-like creations. This season`s take was all about another, stronger idea of elegance. I love the new sexy contemporary Amazon look created by Alber Elbaz. And you? BOTTEGA VENETA: As to me, Bottega Veneta seems to be finally back on track. I had not been a big fan of Tomas Maier`s latest collections for the Italian house. Now, he surprised me with awesome body-conscious (if the word could cross the border of his taste) looks in rich amazing colours like emerald green. Hats off! BURBERRY PRORSUM: This was a brilliant show, globally live-streamed, and a super-clever act in one as you could pre-order the gorgeous outerwear straight from the runway over the internet for three days only. You can`t go wrong this winter with those big-collared shearling jackets and the python thigh high boots. Give three cheers for Christopher Bailey! 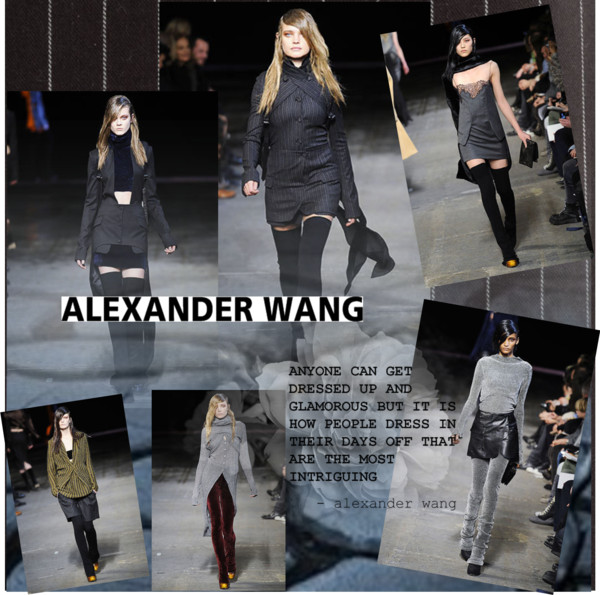 ALEXANDER WANG: I love every little bit of Wang`s contemporary nonchalance. A polished street-chic, precise tailoring and stunning new cuts showed his amazing talent on the runway. He deconstructed the gray flannel suit into something completely new. Layering was part of the success story. Keep his name in mind, that guy is a must! 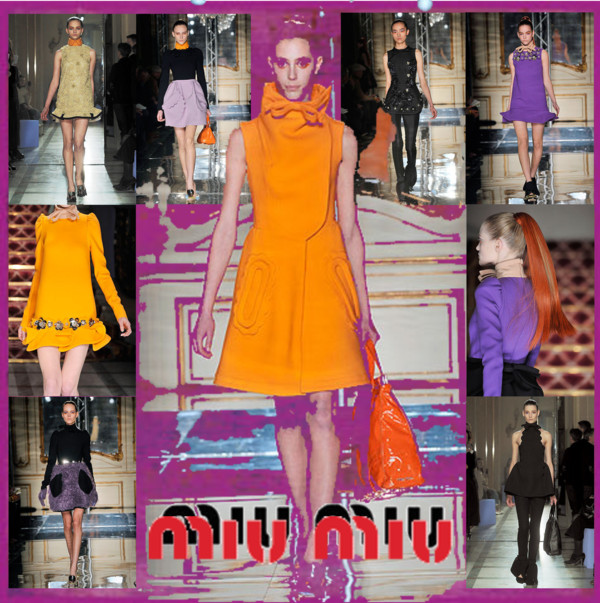 MIU MIU: Young, plenty sexy, but still very preppy with a slight air of the 60s, those were the best adjectives for Miu Miu`s runway show. The Twiggy-ish collection with the emphasis on the legs also showed some gorgeous colour combinations. A good season, Mrs Prada! 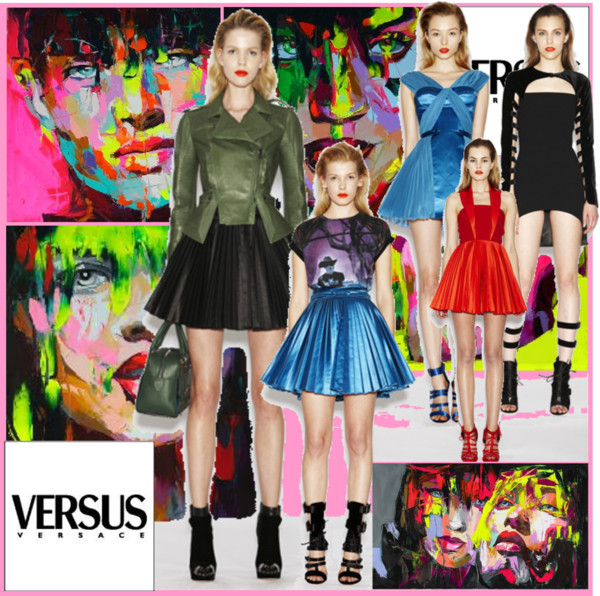 VERSUS: Christopher Kane, Donatella Versace`s protégé, will thrill the young party girls with his bright and sexy second collection for Versus. This was definitely one of the most refreshing shows on the runways honouring the heyday of Gianni Versace himself. 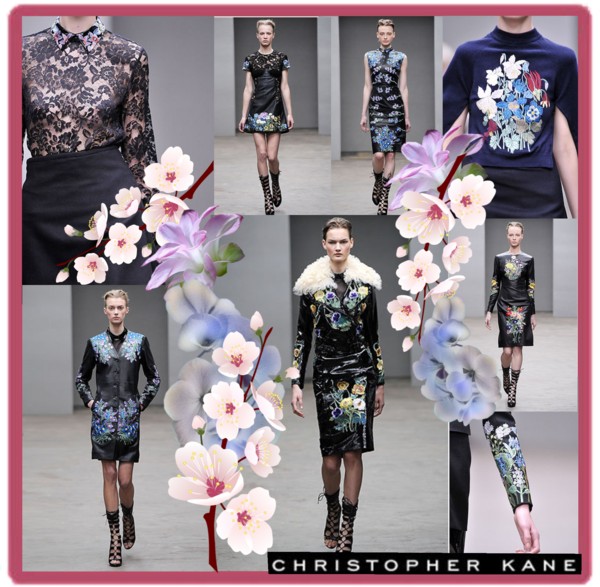 CHRISTOPHER KANE: Kane`s innovative ideas also showed in his own presentation in London where he managed to make the combination of black leather and floral embroideries look good together. The eccentric slashed sleeves were trendsetting. With good reason, he is one of the most courted of young designers today. D&G: I absolutely adore this après-ski collection. It will be the perfect way of looking stylish in the mountains. The knitwear with snowflake patterns was body-conscious and mixed with fur or chiffon. Only Dolce & Gabbana can transform the winter wardrobe into something breathtakingly sexy. Even the moon boots had high heels, love that! GIVENCHY: Riccardo Tisci obviously thought of the ski sport as well while designing his sweaters in snowflake-patterned knits. But he combined them with neoprene skirts deriving from the scuba world. He created an interesting twist without taking it too seriously like D&G. 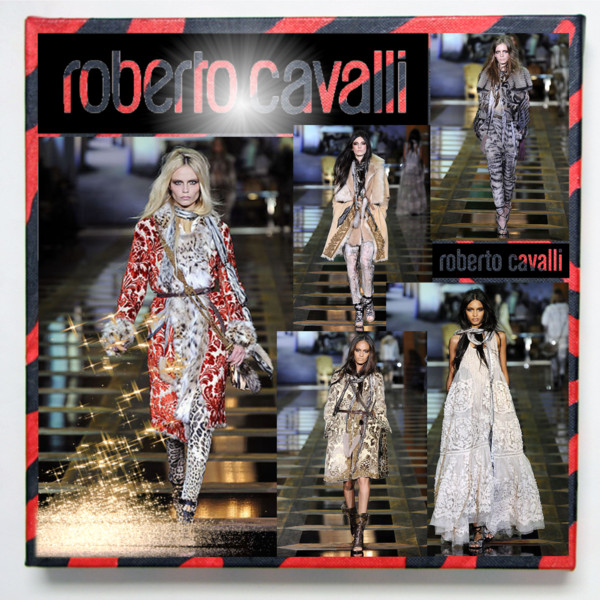 ROBERTO CAVALLI: This show was the 40th anniversary of the Italian brand, as strange as it sounds. When Roberto Cavalli started in the 70s with his little shop in St.Tropez, he took a lot of his inspirations from the rich-hippie look. This era was once more the force behind his winter collection. An opulent mixture of folk and bohemian elements combined with animal prints and brocade fabrics. Congrats, Roberto!

I hope that you have liked my little résumé. On the runways there were so many different propositions and multiple references, catering for all tastes. The versatility makes fashion so interesting.
Stay tuned as I will tell you much more about the newest trends and must-haves for F/W 2010.