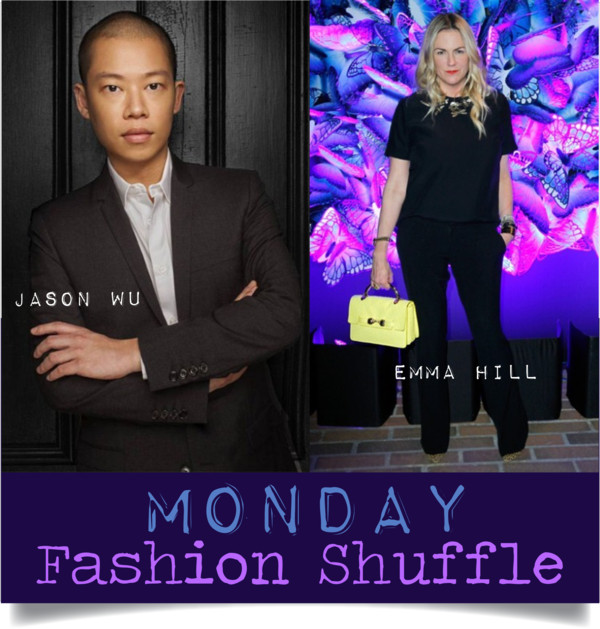 Monday fashion shuffle: the carrousel is turning again. This morning, New York-based designer, and Michelle Obama favourite, Jason Wu has been named artistic director of HUGO BOSS womenswear. The 30-year old Taiwan born will oversee his team at the headquarters in Metzingen, Germany, and also open a design studio in New York. He will continue to grow his own namesake label that he founded in 2007. The first HUGO BOSS collection under Jason Wu’s artistic direction will debut in New York during Pre-Fall 2014 and he will stage the first runway show during the New York F/W 2015 Fashion Week in February 2014.

In the meantime, MULBERRY has announced that its creative director of six years, Emma Hill, will step down in the coming months. Rumours are that she is now in the running to succeed Reed Krakoff at Coach, when he is stepping down to focus on his eponymous label in June 2014.
Let’s see who will be replacing Hill at Mulberry… such a pity that the talented designer will be leaving the British brand.

Photos: Courtesy of the brands