«You can’t let someone else lower your self-esteem, because that’s what it is – self-esteem. You need to first love yourself before you have anybody else love you.»
– Winnie Harlow

Today is International Women’s Day (IWD) and we celebrate the social, economic, cultural and political achievement of inspirational women such as Winnie Harlow. I admire the Canadian fashion model, spokesperson, and activist who shows us to love ourselves with all our little imperfections. 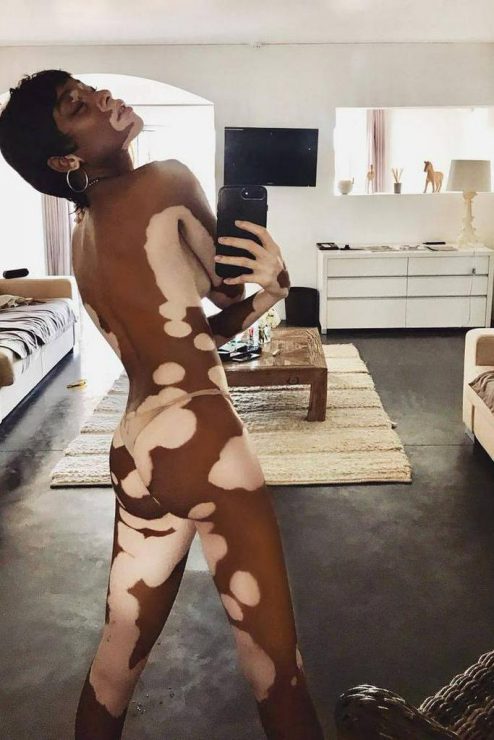 She was diagnosed with vitiligo, the chronic skin condition, characterized by depigmentation of portions of the skin, at the age of four. Harlow was a victim of bullying by other children and was reportedly called a «cow, zebra, and all manner of other disparaging slurs» throughout her childhood. The verbal harassment led to her changing schools numerous times and dropping out of high school, after which she contemplated committing suicide.

Her life changed when Tyra Banks discovered her for the twenty-first cycle of the U.S. television series America’s Next Top Model. Winnie gained easily prominence as a contestant despite her skin condition and finished sixth place. From then, she has worked as a successful model and was the face for several campaigns. 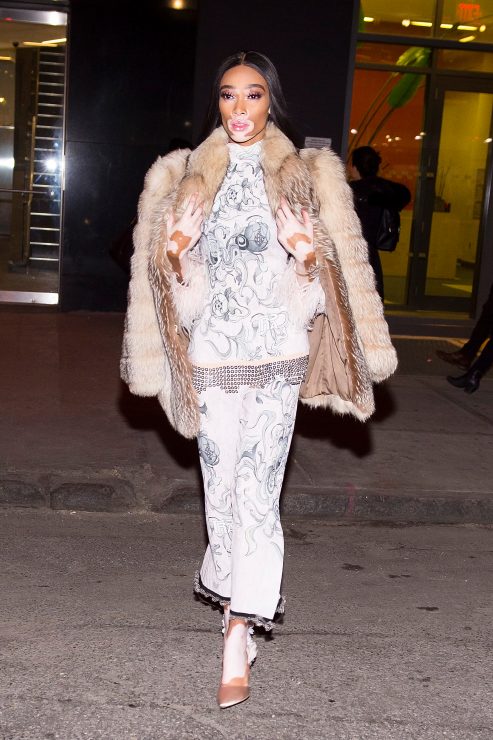 Photos: Courtesy of Roger Vivier (Photo by Gotham/GC Images), via Winnie Harlow and stills courtesy of the brands