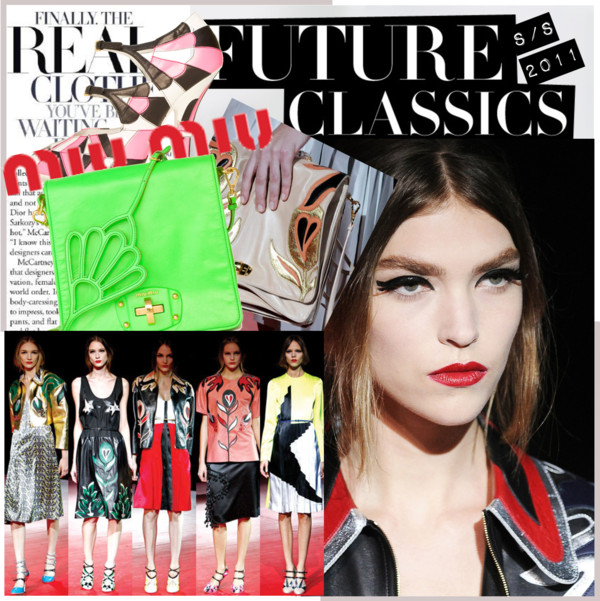 I am completely in love with Miu Miu’s S/S  2011 womenswear collection and the campaign that evokes the spirit of performance and stage.

Models Querelle Jansen, Sasha Pivovarova and Kasia Struss were photographed in London by renowned duo Mert Alas and Marcus Piggott, styled in the manner of barely breathing mannequins, all slicked back hair and crimson mouths.
Far from passive, however, it wouldn’t be Miuccia Prada if there wasn’t a message and this time it is her reflection on a society that is obsessed with celebrity. 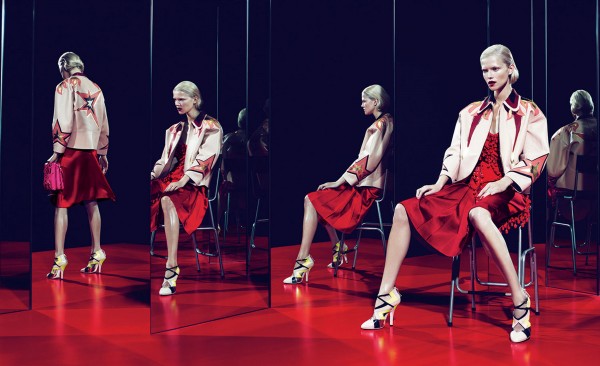 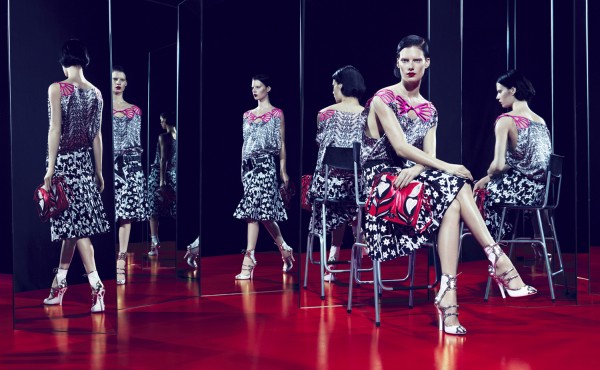 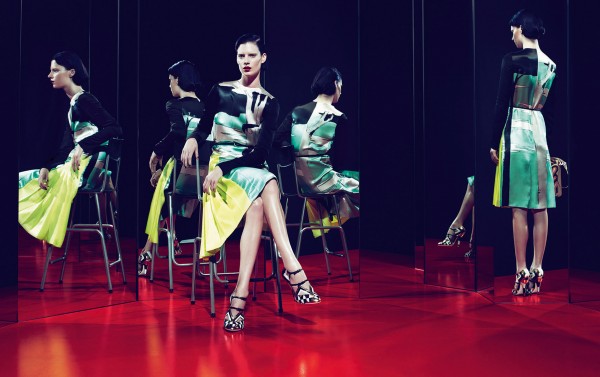 Inspired by on-screen costume, flower, flame, snake and star prints are re-invented to suitably stylised effect. It is a study of feminity that is as playfully inventive as it is alluring.

To support this idea, Miu Miu presents the “Miu Miu Women’s Tales”, a series of short movies directed by international female filmmakers that explore their fantasies about the brand. 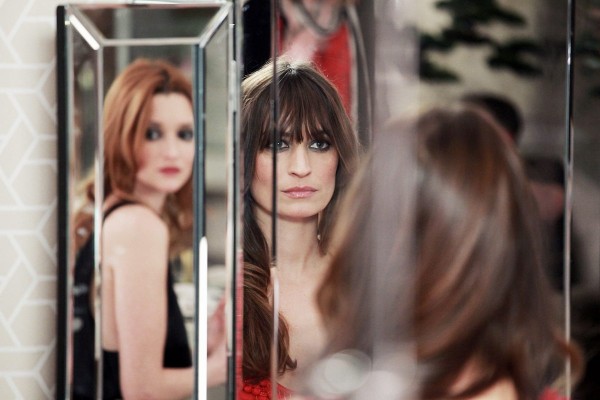 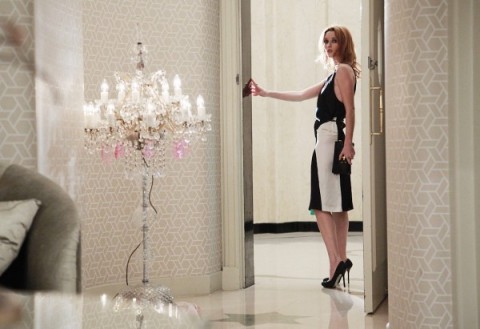 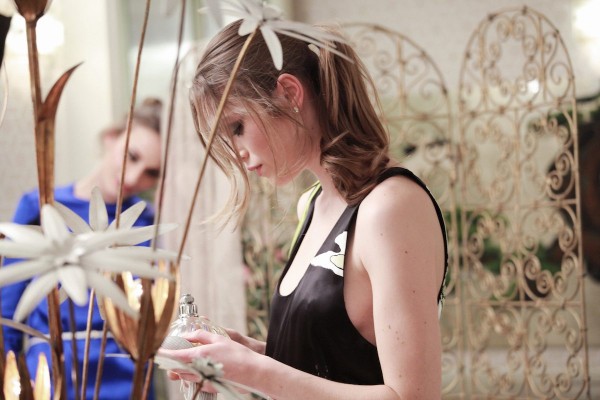 The first one has been directed by Zoe Cassavetes (Broken English) and is called “The Powder Room”, an enchanting and dramatic short film set in London’s Claridges hotel.
It is a beautiful how Zoe Cassavetes were able to capture the luxury codes of the Miu Miu universe. I especially like her close-ups. To view the movie, click here.

The next directors will be announced soon. Another interesting approach to adverstising and communicating a brand. But as always, Miuccia is leading the way…