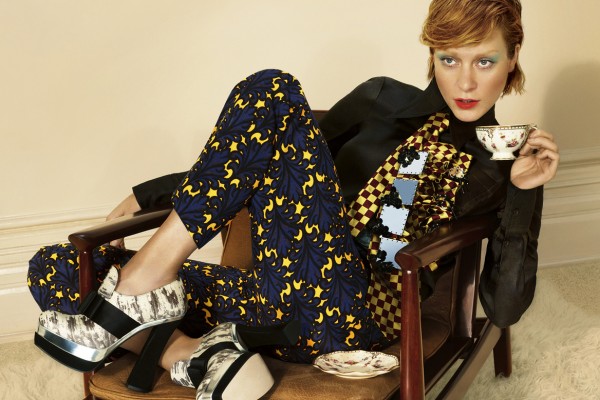 The new Miu Miu F/W 2012 campaign, shot by Mert Alas and Marcus Piggott, is a gallery of portraits with a seductive, provocative attitude. Actress Chloë Sevigny, who previously starred in the S/S 1996 campaign, impersonates a well-defined character, who vaguely yet perceptibly hints at psychedelic hedonism scenarios. A thread of subtle irony runs through all the images.

Naive, or maybe just apparently so, basically impenetrable, Chloë Sevigny raises the viewers’ curiosity, and plays with them. Clothing, with its sharp, masculine lines and the psychedelic repetition of prints, becomes the leading character in a kaleidoscopic visual collage, where masculine and feminine blur in a dandy-like fantasy conveying a refreshing eccentricity. 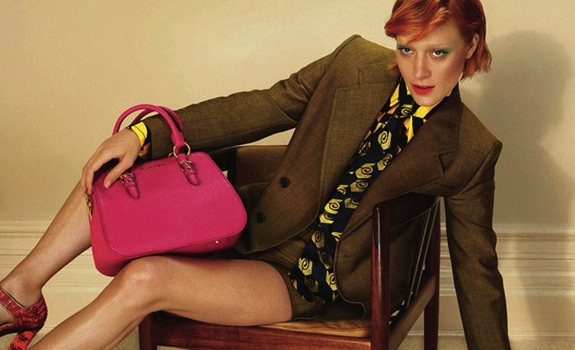 The setting is a series of stylised interiors: thick carpeting, a modernist chair and a butter-coloured hue set the context for a twist on the 1970s without defining it in any graphic detail. The emphasis placed on the character’s personality – engaging in an ambiguous exchange of glances with the observers, with whom she seems to share some kind of intimacy – is highlighted by repetitions in the frames and props enhancing the direct yet nonchalent poses.