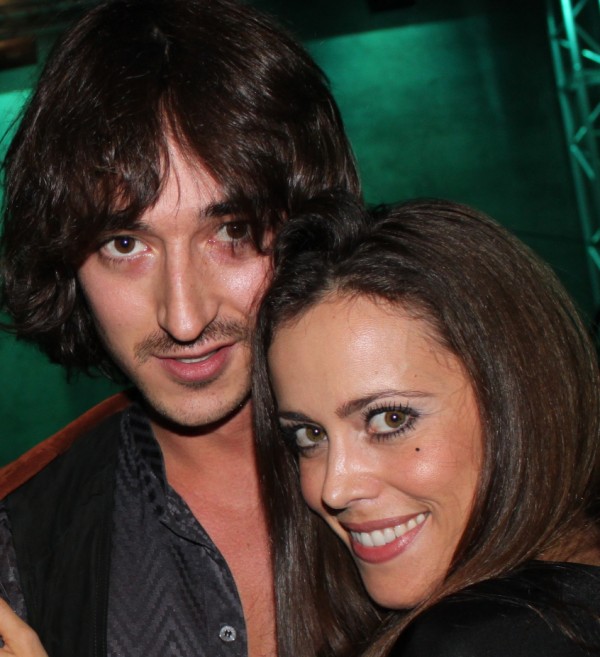 Meet the Man of the Year: Daniele Cavalli. The 25-year-old son of fashion designer Roberto Cavalli who is in charge for the Italian house’s men’s line, is not only an extremly interesting person, but also highly intelligent, down to earth, beautiful from the inside and outside, with a wonderful vision of life. I met with him recently in Milan and he told me some very interesting things, enjoy the interview.

After the huge success of your S/S 2012 presentation, which inspiration do you have for your next menswear F/W 2012 collection?

It will be an evolution, not a revolution, but totally different in the concept. The last two collections I did were connected with the same concept made in different ways. This is going to change for F/W 2012.

Summer gave me lots of inspirations. I turned off the phone and went to Africa. I started in Morocco and from there through the Sahara, where I met pythons and scorpios.
We went with camels, which was pretty adventurous. If something bites you, you die. You don’t have time to go to the hospital. We, my friend and I, travelled with Tuaregs. I love the nature and the adventure. And if you are respectful to death, nothing happens.

In the desert, you can’t have a fire. Fire would help you to scare away the animals. The gas lights we had were even worse as they attract the animals. At one point, I stood up, looked under my matress and found five scorpios. The Turag took a piece of a dry plant, and killed them like with it. Done! You have to know nature to survive. We slept in the dunes, totally covered because of the wind and the sand.

I know that you love music. Did you bring an instrument to the desert?

I brought a small guitar, a sort of mandolin. 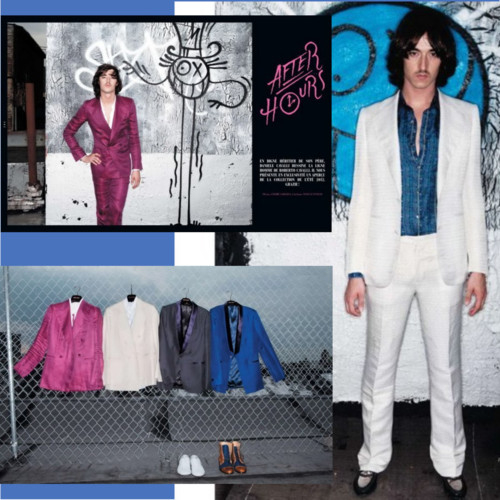 What do you think about the relaunch of the Just Cavalli brand, of the S/S 2012 collection?

I liked the Just Cavalli show, strong and a very good way to relaunch the brand.

Do you prefer the main line Roberto Cavalli or Just Cavalli?

It depends on the show. The S/S 2012 Just Cavalli show was really good and it is great to see that the Just Cavalli brand is coming back. It is perfectly coordinating with the soul of the brand.

How would you dress women? Sexy like your father or more covered?

Both ways. I have my own vision of women. It would be really smart, chic and elegant. But believe me, I am telling you the truth,  I have never really thought about it. I think that I would do it the same as for the men, I would work on the tailoring, on the colours, on the  fabrics, always in a very chic way.

Yes, I would cover, but in the right way. I like to imagine. I love the dream. When the things are too obvious, it is less tempting. As a man, I like to use my imagination.

Have you studied fashion design?

I am lucky that I didn’t do it. I learnt everything from scratch.

Your father is Italian, your mother Austrian. What are you, more Italian or more Austrian?

I am really Italian, I am not Austrian. Actually, I am Florentine. My hometown is a historical, charming city, that sees the future, but keeps its treasure. Gardens, flowers, nature… Florence is a Rennaissance city. There is also something really dark. It is the contrast. My dark side is my blues side, meaning the music. I always like to work with opposite things and make them happen. Princess meets the bohemian women for example. I do it with everything in my life. The fusion is the most interesting part.

How is your German doing? Does your mum speak German with you?

No, my German is bad and whenever I saw my grandparents in Austria, it was pretty tough to understand them.

Was it a curse or a blessing to be Roberto Cavalli’s son?

Of course, a blessing! When I grew up, my father wasn’t popular at all. He was a pirate of the sea. We were riding in the summer times on small boots and he was protecting his family in the cabin when the weather and the waves were getting too tough. I like to see him like that. He is my father. The rest is part of the game.

Do all your siblings work in the company?
(Roberto Cavalli has two kids, Cristiana and Tommaso, from a previous marriage and three children, Rachele, Daniele and Robin with his wife Eva.)

My first sister Cristiana has a baby now and enjoys being a mom. She works just a little. My brother Tommaso takes care of the vineyards and trains the horses. Rachele designs the bags and has a little baby, too. My youngest brother Robin is still very young. 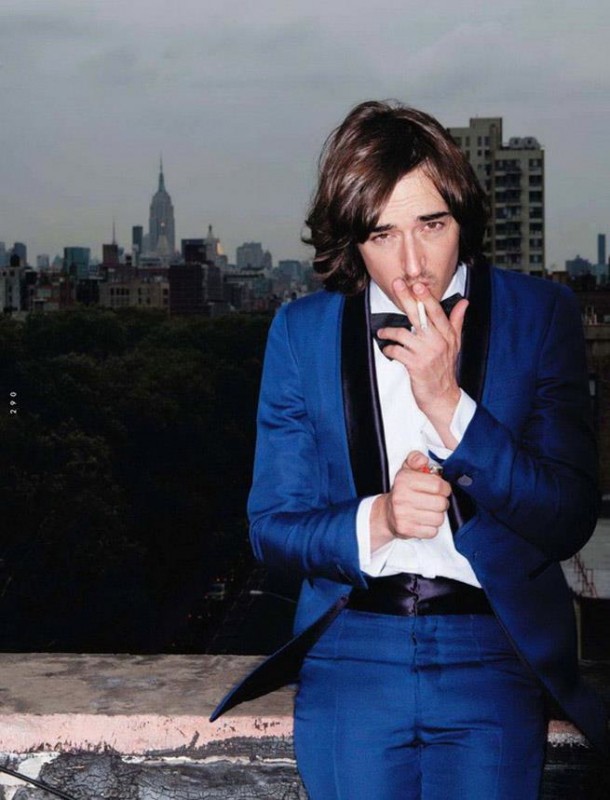 Would you like to move to another city? Or do you prefer staying in Florence?

Not to a big city like New York City. As for me, the horizon is so important, meaning it metaphorically, as a strong point of view. To live in a big city, it is always hard to see the horizon.

I am attracted to Asia. Moving for me would have more the impression of escaping. Maybe a girl would make me move (smiles).

Are you a heartbreaker?

Always, I live my life to break my heart. To be conscious, I fall in love with everything. What scares me in Milan sometimes is the following: I was at a friend’s party, where I said  hello to a lot of people. So many of them were asking me if I will be in Paris next week. And I was thinking why do they do that? People are working for Milan fashion week all year, and then they don’t even enjoy it because they are thinking already of the next thing. People are not appreciating what is in front of them. Florence saved me from such an attitude! I love Rome as well!

I was a sporty person. Until I was eigtheen, I was a soccer player, and I was a pretty good one. One day, I just put my shoes on the hook and stopped.
But I like sports. Your mind and your sould can only be powerful in a healthy body.

How do you see yourself in 25 years?

In the music industry. That is my biggest dream! I will do something important for myself in the music industry. I am ambitious. A great album would be amazing, producing, doing it by myself, but just if I am convinced of it. If I opened a music label, it wouldn’t be connected with the Cavalli universe, it would be mine.

The photos are taken by André Saraiva for l’Offciel Hommes September 2011. The editorial is called “After Hours” and shows Daniele Cavalli in is his own collection of  S/S 2012. Tonight he will receive the GQ Man of the Year Award in Berlin and I am sure that for him there will be so much more to come…