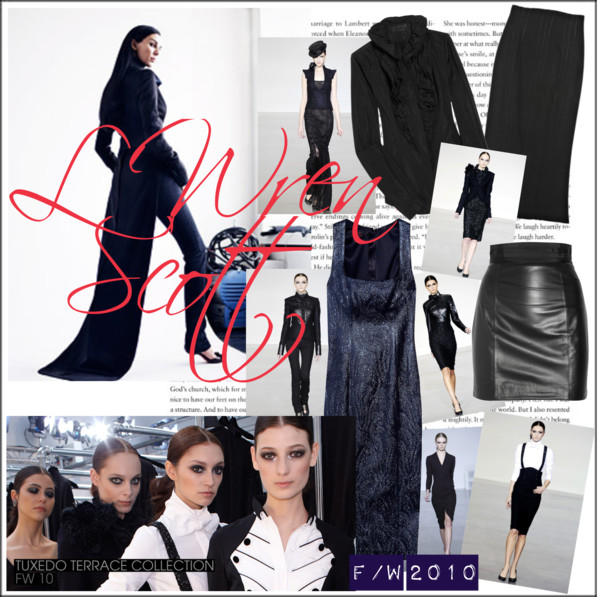 Meet fantastic L’Wren Scott, the brainchild behind the eponymous label. Born 1967 as Luann Bambrough in Utah, the former model is noted for her height of 6 feet 4 inches (1.93 meters) and a frequent companion of Mick Jagger.

As a tall teenager, she took her first steps in making clothes. Later, she worked as a stylist and a costume designer before starting her own line that has become quickly a favourite among red carpet celebrities.

Another gorgeous collaboration will hit the counters in November. The leggy designer teamed up with Lancôme to create an exclusive make-up look for the upcoming holiday season.

The slate gray nail polish had already been on the models’s nails during L’Wren Scott’s F/W 2010 runway show. Must-haves will also be Hypnôse Drama Mascara in a limited-edition shimmery silver and the sultry red shade for lips.

A classic look that will work perfectly this upcoming season.