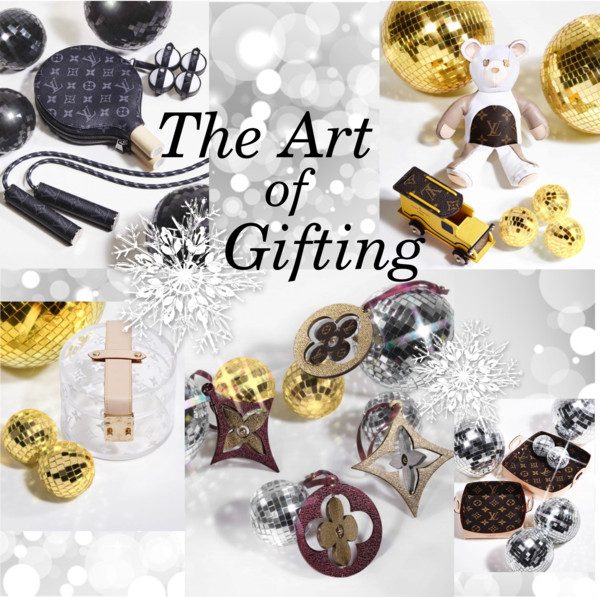 Now, more than ever, gifting is considered an art. To celebrate the holiday season, the Art of Gifting collection that debuted in early 2017 has expanded with new offerings. Sharing emotions, that is something that is deeply rooted in the Maison Louis Vuitton’s attention to excellence.

In 1854, Louis Vuitton founded his namesake House as an emballeur, or trunk packer. The most elegant ladies of the day flocked to his store right by the legendary Place Vendôme to entrust him with their jewels, hats and sumptuous dresses. 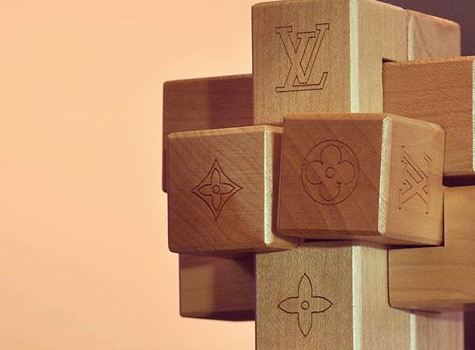 A remake of the original Louis Vuitton Pateki brainteaser

Renowned for its innovative trunks, the Art of Packing specialist soon began creating delightful talismans, such as the Pateki brainteaser invented by Gaston Louis Vuitton, the grandson of the House’s founder.

Starting in the 1920s, the pleasure of offering gifts became an art de vivre in its own right, and was illustrated in works such as «Gift-giving, the proper guide to choosing and offering a present for New Year’s, the holidays, birthdays and all circumstances in which one wishes to be kind to those one loves.»

In 2017, the Gifting collection presents a trio of themes that extends the art of generosity with gift ideas for intimate and grand occasions alike. Ideal for year-end festivities, these presents enhance the joys of the season and highlight the unique excellence of Louis Vuitton’s workshops.

Decorative objects distill the iconic codes of Louis Vuitton to all areas of the home. Like a smaller-scale, nested iteration of Louis Vuitton’s trunks, the «Scott» keepsake box lives up to its heritage and spiritedly blends the modernity of Plexiglas with the sensuality of natural cowhide leather.

In the living room, assorted photo frames naturally find a place next to «Georges», a valet tray named after the creator of the Monogram canvas. To combine chic and practicality, three formats come in either Epi leather or natural cowhide leather.

There are even Christmas ornaments for decorating the tree with Monogram flowers in leather, where canvas and silk embellish the traditional fir with a luxurious iconic touch.

Celebrated by Louis Vuitton, writing, an essential part of the Art of Travel, fires the imagination more than ever. Personnal notebooks, the stalwart companions of traveling writers and the repository for ideas big and small, take on the sheen of precious metals, in gold or silver. Two diary formats in Epi leather join a lineup of colourful or printed notebooks, pencil cases, bookmarks, desk blotters and pencil holders in Monogram Canvas and House leathers.

Gaston Louis Vuitton, the grandson of the House’s founder, was renowned for creating his own parlour games and for his collection of beautiful wooden toys. To this day, a playful spirit influences House creations, such as the «Louis», a patchwork teddy bear, or the build-it-yourself «Titi» truck in Monogram canvas and leather. Travel-friendly objects bring an air of playfulness wherever they alight, from playing cards and signed sets of dice to glasses cases in Monogram canvas and cowhide leather brightened with a touch of bright red or navy blue. 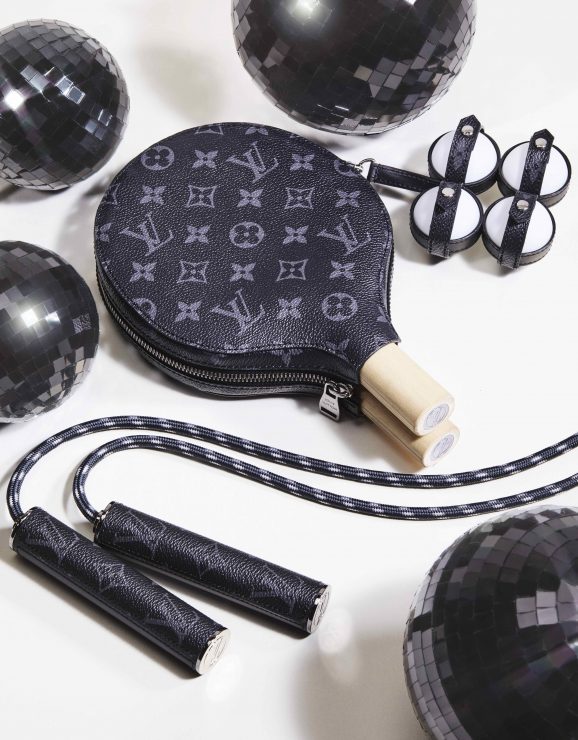 Sports accessories likewise get into the spirit of the season: with a skipping rope in Monogram Eclipse canvas and a matching ping-pong set, the art of movement takes a cue from the Art of Travel.

Objects from the «Gifting» collection will be available starting in November 2017 in Louis Vuitton stores worldwide.