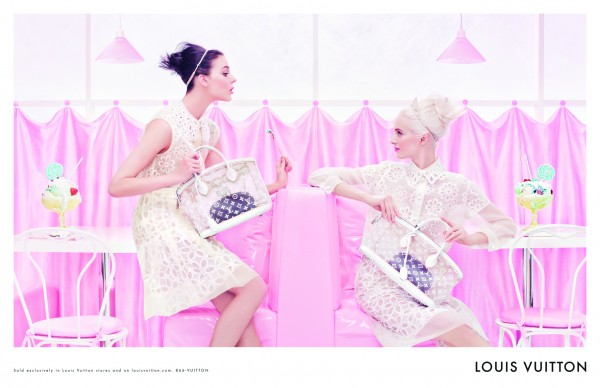 Here is your sneak preview of the Louis Vuitton advertising campaign for S/S 2012 that captures the essence of this amazing collection perfectly and that is definitely among my favourites. It was shot by Steven Meisel who did also the Prada S/S 2012 campaign.

“The spirit of our S/S 2012 collection is reflected beautifully in this new ad campaign,” says Louis Vuitton Artistic Director Marc Jacobs. “All the tone and texture of the collection – the lightness, the prettiness, the broderie anglaise, the millefeuille layers of organza – are recreated in these wonderful images by Steven Meisel. It is all very soft and very sweet, yet at the same time very bold and very graphic.”

In an intriguing echo of the previous season, the Louis Vuitton S/S 2012 advertising campaign once again takes up the narrative of the fashion show, continuing it from the point where the woman steps daintily off the pure white fairground carrousel and into the pastel pink paradise of a nearby ice cream parlor. 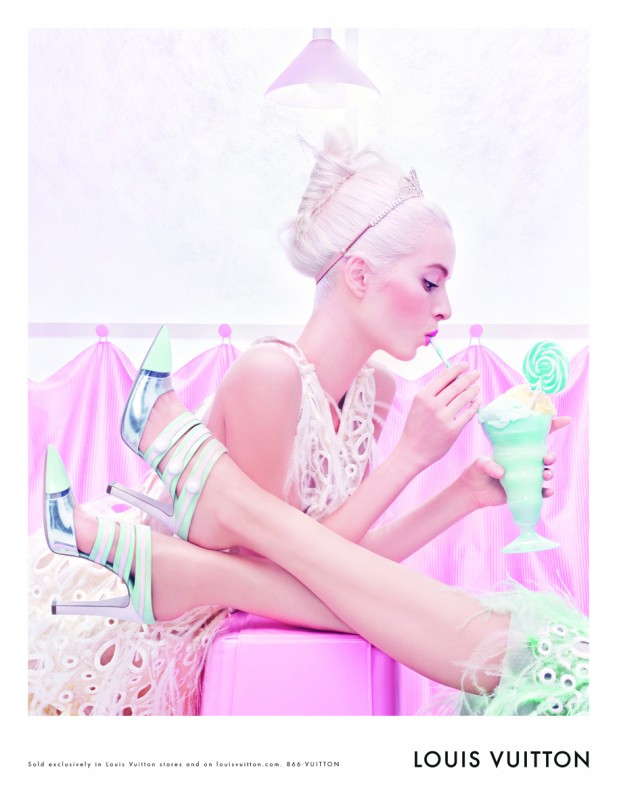 Up-and-coming models Daria Strokous and Kati Nescher are the lucky pair chosen to sample the parlor’s assorted delights while wearing some of the season’s standout looks, including romantic broderie anglaise dresses, ladylike shifts embellished with strass, studs and 3D flowers, and sorbetcoloured suits with white lace collars. Accessories, too, feature prominently in the nine visuals, foremost among them the Lockit bag in sheer nylon voile that opened the runway show, the Speedy in powdered, whitewashed crocodile, and the pointed-toe mules in pastel shades with metal toe caps, dainty laces or rows of tiny buttons.

“The whole ambiance is very pretty, very special and very magical,” says Marc Jacobs, “and I’m sure it will look just delicious and fresh come the spring.”

The Louis Vuitton S/S 2012 advertising campaign will break in the February 2012 issues of magazines worldwide. 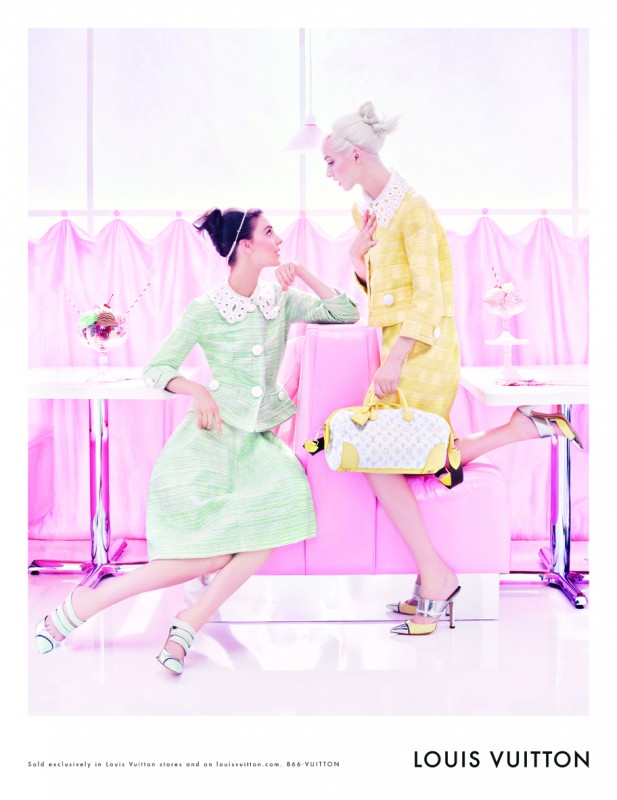