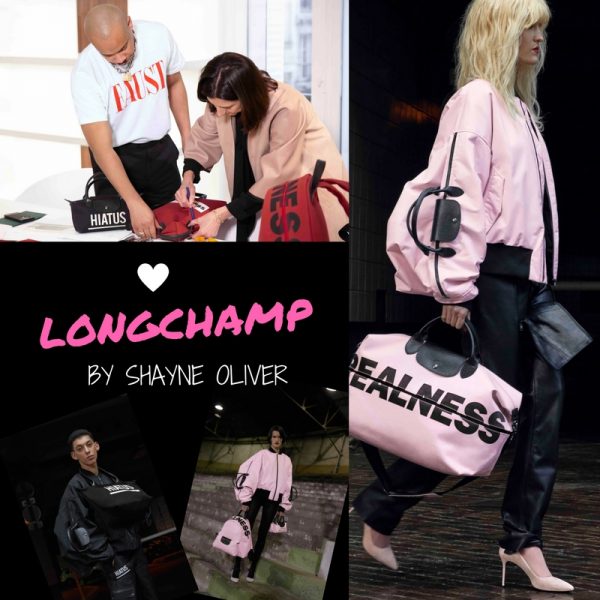 Momentum and possibility, movement and progression have always been the forces behind Shayne Oliver’s vision, driving the artistic direction of his collections and collaborations. These elements have informed Oliver’s overall point of view, which he brings to his new collaboration with Longchamp. The founder of New York-based cult menswear label HOOD BY AIR joined forces with the luxury French leather goods and fashion house, Longchamp, to develop an inventive capsule collection of travel accessories and ready-to-wear that merges the distinct creative spirit of both collaborators. 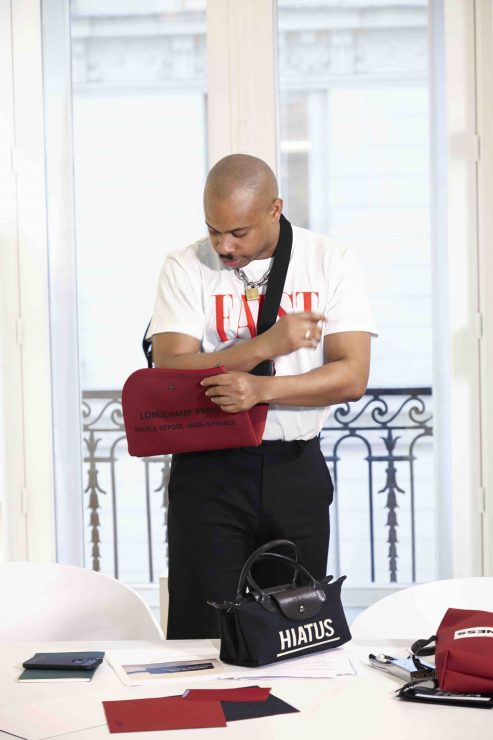 Taking the concept of travel gear into a new era, the collection Longchamp by Shayne Oliver merges Longchamp’s history of craftsmanship and French elegance with Oliver’s transformative aesthetic, resulting in a dynamic offering for both men and women. The collection includes leather goods, footwear, ready-to-wear and garment bags, as well as a new iteration of Longchamp’s iconic Le Pliage® tote, reimagined by Oliver. 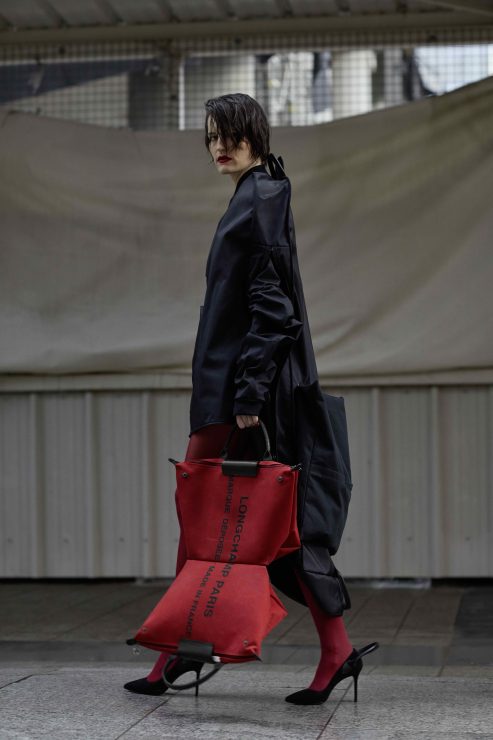 «I really like the idea of working with brands that are masters of their craft,» Oliver shared. «Longchamp has a prestigious history of providing luxury travel essentials with expert craftsmanship. It made total sense to work with them on my first all accessories project.» 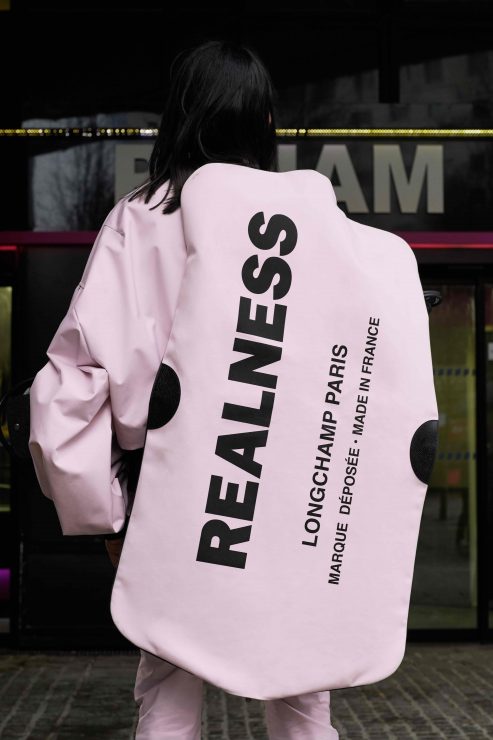 Throughout the collection, proportions are challenged and silhouettes are altered, disrupting the preconceptions of modern day travel. Travel takes on a new art form, underscored by unwavering freedom and temporal mobility. «While this is not the first collaboration for Longchamp or Shayne Oliver, it was a particularly energizing experience to work with Shayne in order to offer an unexpected collection to our customers,» said Longchamp Artistic Director and granddaughter of the founder, Sophie Delafontaine. «Designing Longchamp product through Shayne’s lens was an exciting challenge that allowed us to create product that is truly original.» 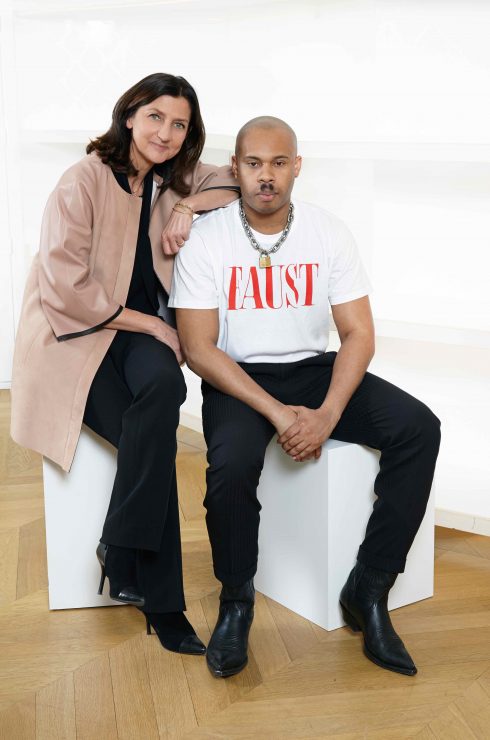 Trinidad and Brooklyn raised, Shayne Oliver is the founder of the creative cult label Hood by Air

based in New York City. Oliver’s interest in fashion and experimentation began at an early age where he founded the HBA creative collective in an underground warehouse dance community that subsequently emerged as a major fashion house in 2013. After exponential success and collaborations with the brand, Oliver decided to expand his vision by guest designing at major fashion houses under the legacy series A.S.S.O. (As Seen by Shayne Oliver) in order to promote his core concepts of individuality, high/low juxtaposition and expression. 2018 sees A.S.S.O.’s major collaboration with French luxury fashion brand, Longchamp, in a redesign of the capsule. The A.S.S.O. series will continue to work with designers who are considered Masters of Craft in their industries. These partnerships will propel conceptions of Oliver while paying homage to the brands’ heritage and legacies. 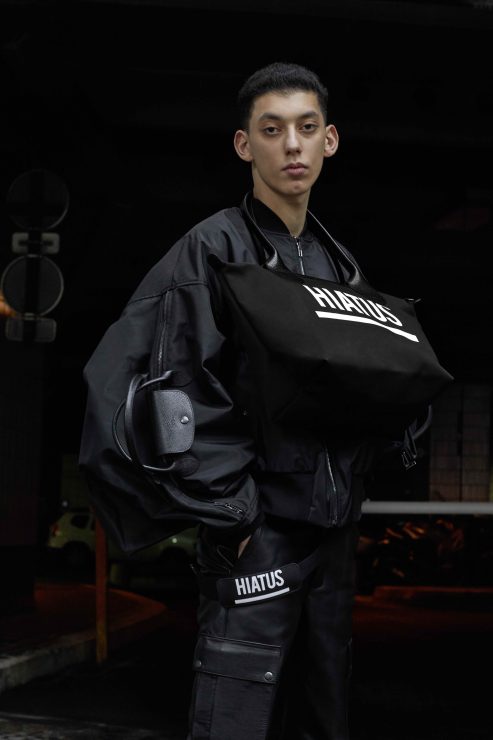 As a designer, how did this collaboration with Longchamp enrich your personal point of view?

I like to challenge myself and do things that are unconventional, I think that can be very liberating. I liked how this project had a strong sense of heritage and a different perspective that was based in people’s everyday lives. I was inspired by this. For me, living in New York, Longchamp is part of the, dare I say, streetwear, because a lot of people own Longchamp bags. It has a language that feels very organic to me.

New York is my home and it will always be what I am inspired but Paris is fashion.

How did this collaboration with Longchamp come about?

The first thing that interested me about the project was the garment bag and from there, and I began to think about how travel influenced me in my own collections from the past. I came to think about the travel ties that we did for my previous brand HOOD BY AIR. (HBA) and bringing that into the language of Longchamp via the graphic. 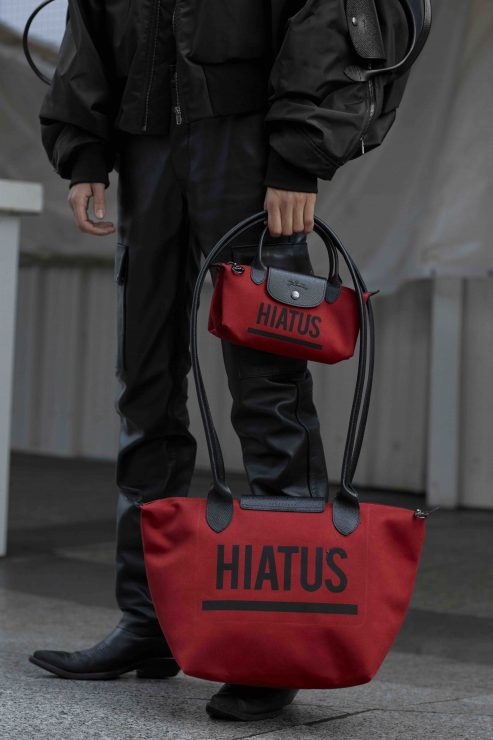 What do the graphics symbolize?

HIATUS means ‘a gap’ or ‘a break’. The HIATUS logo relates to the period when we began working on this collaboration, at the time it was very important that I took a break. It was specifically the right time for this collaboration to happen so I feel like it was a great way of speaking about what was going on in my life – about needing to take a hiatus from the project I was working on and focusing on where I was heading, which is this new project ‘by Shayne Oliver’ – a series of collaborations with brands that have great heritage and renowned craftsmanship and putting my own spin on it.

These bags are meant for the realness of life, it is less about having it be logos.

This capsule collection brings some interesting styles, what inspired them?

The collection is made to be used in multiple different ways, it is multipurpose. This multi-functionality is how I like to live my life in general and so I tried to make that as much a part of this as possible. 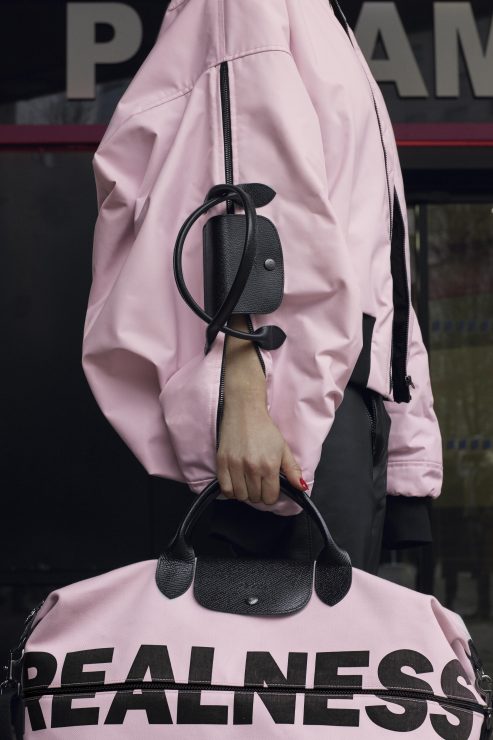 For one, a lot of things that were happening to me at the time that involved healing, including physically being injured. We used the idea of an arm sling, like a sling you use when you are healing yourself, and turned it into a bag but it can still be used both ways. 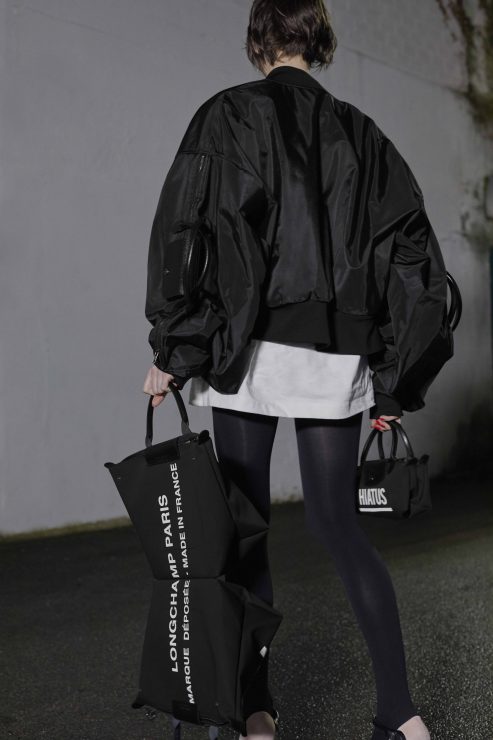 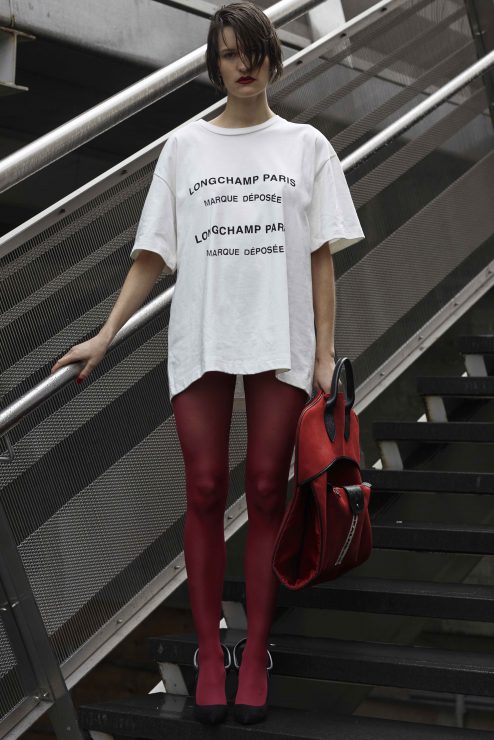