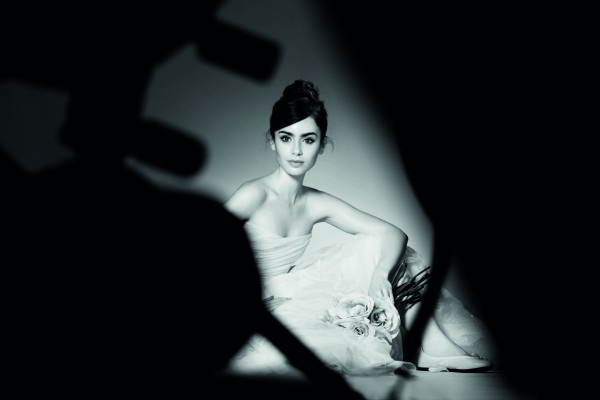 This morning, Lancôme has announced the arrival of Lily Collins as its new brand ambassadress. A rising Hollywood star and daughter of famous musician Phil Collins, the beautiful actress divides her time between England, the country of her birth and the United States, where she currently lives. European and American, granddaughter of a ballerina, Lily was raised in a world that encouraged curiosity of mind, artistic pursuits and a thirst for discovery. She initially set her sights on journalism before making a dazzling debut in The Blind Side with Sandra Bullock and then in 2009 in Mirror Mirror, alongside Julia Roberts, another Lancôme face.

She will next be on screen in 2014 in Love, Rosie, a romantic comedy adapted from the novel Where Rainbows End by the Irish author Cecelia Ahern. A free-spirited, confident, sparkling and delicate beauty, Lily Collins – who bears a singular resemblance to the iconic Audrey Hepburn – will bring her talent and freshness to Lancôme as of January 2014, starting with the Spring make-up collection French Ballerine.