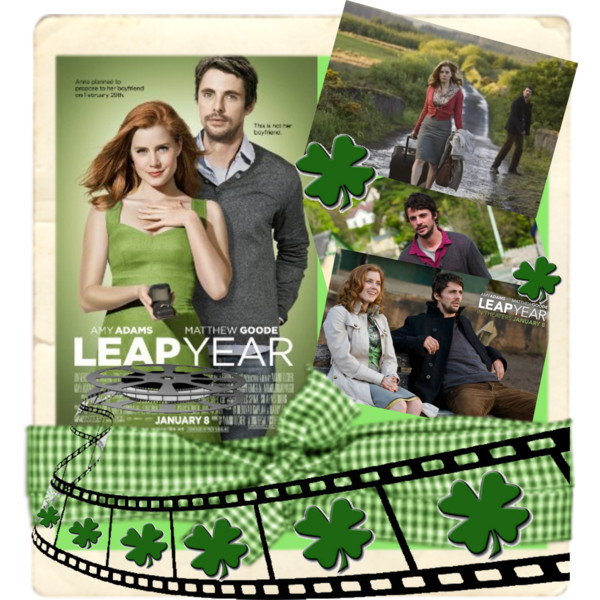 The new movie “Leap Year”  starring Amy Adams and Matthew Goode is hitting the cinemas today. The romantic comedy is about the Irish tradition that women may only propose to men in leap years on February 29th. It is believed this antiquated custom was started in 5th century  Ireland by the legendary St. Patrick.

In the movie, Anna (Amy Adams) is disappointed because her boyfriend does not ask the important question on their four-year anniversary. Therefore she wants to take matters into her own hands and follows him to Dublin to get down on one knee herself on Leap Day. But before that she has to face all sorts of problems as she is stranded on the other side of the Emerald Isle due to bad weather conditions. With the help of an innkeeper named Declan (Matthew Goode) she travels across the beautiful country and experiences that the road to love can be unexpected. 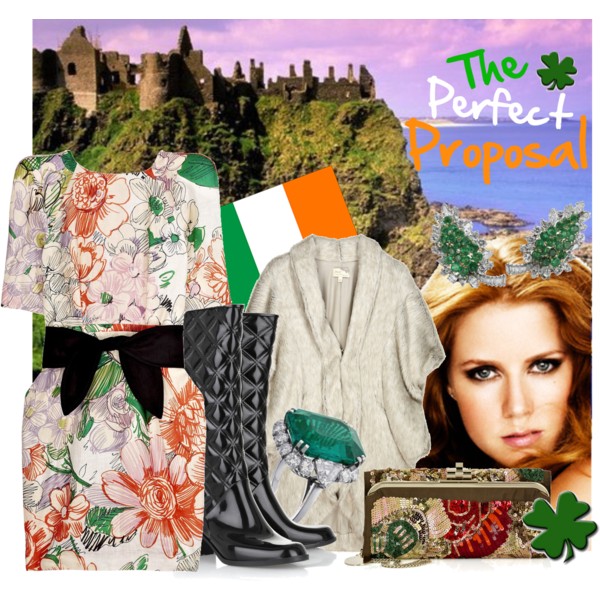 As I am really looking forward to seeing this movie, I got inspired to create an outfit for the perfect proposal in the Irish countryside. Wouldn`t Anna look awesome in this cute belted flower dress by Stella McCartney combined with the faux-fur cocoon shrug by Elizabeth and James to keep her warm?! As it can be really muddy, the adorable quilted wellingtons by Marc Jacobs would be a functional but stylish addition to this cute look. And last but not least who could resist her glamorous embroidered sequined clutch by Stella McCartney and the vintage Bulgari pieces? Me- definitely not!