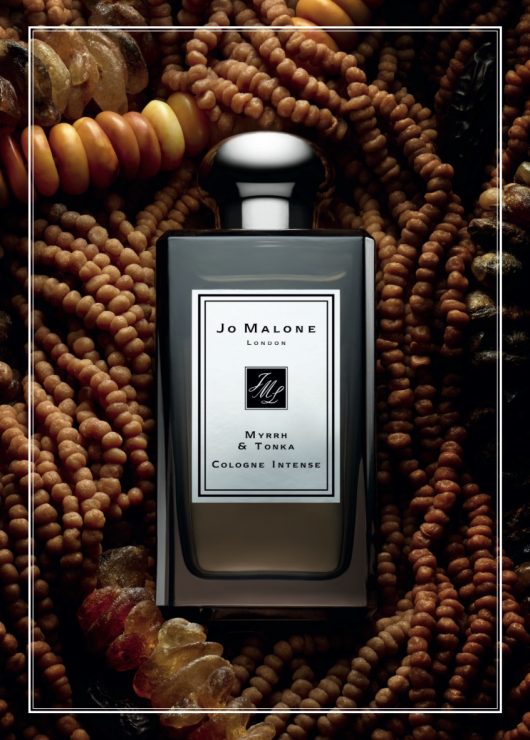 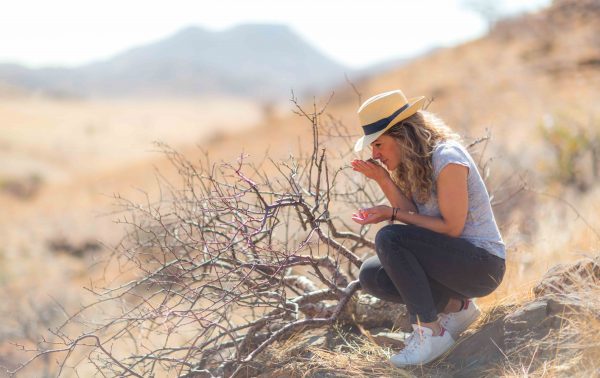 This amazing addictive scent uses the potent sap of the Namibian myrrh tree and blends it with a little dose of warm almond and lush vanilla from the tonka bean. It was developed by perfumer Mathilde Bijaoui.

What was the inspiration behind the fragrance?

The idea of Namibia, with its sand dunes and warm desert colours, conjured up the romance and emotion of faraway lands. Myrrh felt like the perfect note to use for a new and innovative Cologne Intense. Once enriched with the note of tonka, the fragrance gives a real sense of richness, travel and escape. 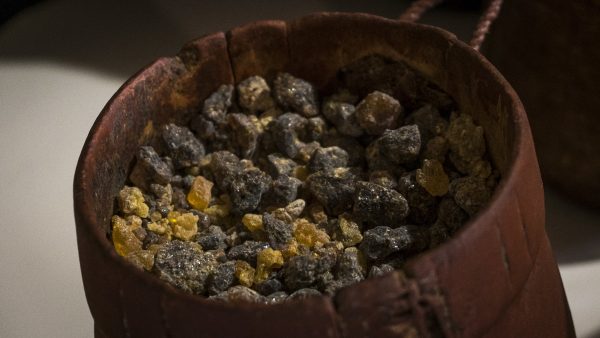 The Cologne Intense collection works with rare, ritualistic ingredients; what makes Myrrh & Tonka an ideal addition to this collection?

Both the myrrh and the tonka have a decadent and addictive quality that chimes with the Cologne Intense concept of rarity and opulence. I felt that the collection was missing a fully warm, sensual and rounded Oriental feel. We do already have a resinous incense note elsewhere in the collection, in Incense and Cedrat, but it’s cut through with a citrus that amplifies the fresh nature of the Incense. However for Myrrh & Tonka, we headed in the opposite direction and reinforced the richness of the resin rather than trying to contrast it. Even though the final fragrance is deep, it stays true to our philosophy of simplicity and clarity; that’s because it’s a short formula with very few extra ingredients, making it easy to layer with our existing fragrances through our Fragrance CombiningTM ritual.

How was the Myrrh harvested?

We wanted to go to the source of the myrrh and I had the privilege of travelling to Namibia to be part of the harvesting process. It’s a long, long journey and, once there, it feels like a very distant land. Once we landed in the country, it was another eight hours travelling into the mountains to get to our destination.
The trees they collect the myrrh from are called Omumbiri trees – they seem almost dead when you look at them as they grow in the dryness of the desert. But a few times a year the trees produce a sap that comes out like a resin; it’s a mechanism that the tree harnesses to fight potential bacteria, and the myrrh has a wonderful purity to it because of the altitude and climate.
Accumulating the resin is a ritualistic process in itself. The sap is very gluey so traditionally they would cut the tree trunks to get it. But in this region, to preserve the tree, they don’t touch it at all: they wait until it’s become dry and either scrape it from the tree or they wait until it falls off. With their method there’s no waste, the trees aren’t damaged and the whole experience is very simple and clean. And because of the nature of the crystals you can keep them for a week or two, unlike flowers that you have to work with immediately as they’re so fragile. I’ve never seen something so beautifully uncomplicated.

How would you describe Myrrh & Tonka as it warms and develops on the skin?

Right at the top there is a hint of lavender and a little floral to make the opening effect comforting and voluptuous. The big, rich heart and base note of myrrh is sensual and balsamic, with hints of amber and licorice. And the tonka brings generosity. There is also a touch of vanilla, cypriol and gaiac wood, which together deliver a smoky tobacco note to the perfume.
It’s a fragrance that’s quite linear: that means that from the top to the bottom it more or less stays the same. It’s very stable in its evolution, and that’s something quite rare in perfumery.
It’s sensual and addictive, captivating and mesmerising.

Jo Malone Myrrh & Tonka will be available as 100 ml Cologne Intense for CHF 165.00 from January 2, 2017. In Switzerland at Globus Geneva, Globus Lucerne and Jelmoli Zurich.