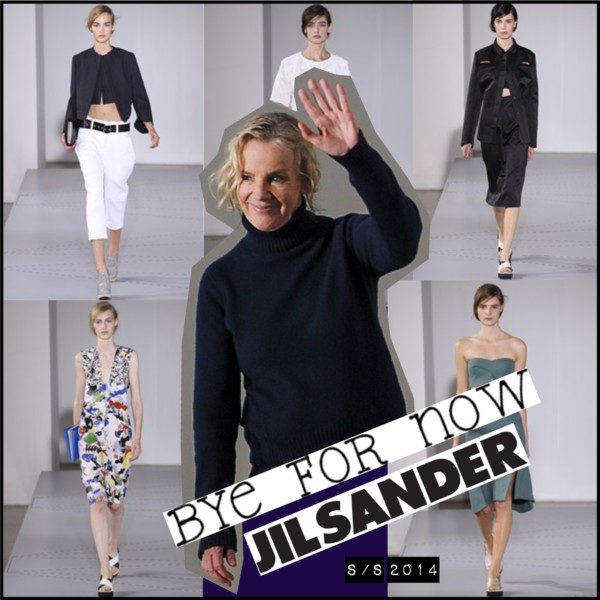 This morning, the JIL SANDER Group has announced the departure of Jil Sander (69), who has been the company’s overall Creative Director. The German designer returned to the house in February 2012 after eight years away, replacing Raf Simons as he departed for Christian Dior.

The German designer founded her eponymous brand in 1973, having opened her first boutique in Hamburg in 1968. In 2000, the designer sold the majority of her label to Prada, and was planning to work alongside the new management. One year later, she resigned already from her position as chairwoman, and shortly after as chief designer. Her decision was taken after a reported ongoing conflict with Prada CEO Patrizio Bertelli, who is Miuccia Prada‘s husband.

Jil Sander’s decision is motivated by personal reasons. The partnership will end with the S/S 2014 collection (see photos in collage). The development of the next season will be assured by internal design teams, formed and trained during Sander’s tenure.

Probably she is up for a job interview at Vuitton…:-).